Ayade’s Regrettable Humiliation by the Church 58 seconds ago

El Rufai: Letter From the Front Line   4 mins ago

All Eyes on INEC over Lawan, Akpabio’s Ambitions 5 mins ago

Call for Review of Oil Pipeline Surveillance Contracts  7 mins ago 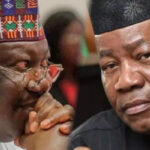 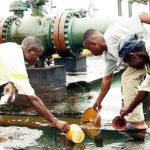 Tee Mac: I Only Expressed Fear for the Rigours of Office, Not Tinubu’s Competence

Popular flutist and former President of the Performing Musicians Association of Nigeria (PMAN), Tee Mac Omatshola Iseli, yesterday walked back on his comments questioning the age and secrecy surrounding the life of the presidential candidate of the All Progressives Congress (APC), Senator Bola Tinubu.
Tee Mac, in a statement, noted that he was only expressing fear over the energy required for the rigours of office of a sitting President of Nigeria, stressing that he still has enormous respect for the former Lagos State governor.

In his initial social media post, Tee Mac who was responding to a Facebook post by one Yemi Olakitan, who was publicly declaring his support for the politician, had addressed Tinubu as his in-law and alleged that he (Tinubu) is currently 86 years and not 70.

While warning Nigerians against voting for the APC presidential candidate in the 2023 elections, he had argued that the former Lagos governor’s total existence was too shrouded in secrecy to be given the job of leading Nigeria.

According to the flutist, he (Tee Mac) stopped visiting Tinubu after he sold President Muhammadu Buhari to Nigerians in 2015, adding that even as his in-law, he won’t support his ambition to rule Nigeria.

“You see, Tinubu is my in-law. His wife Remi is my cousin. Her Itsekiri mother and my Itsekiri mother are sisters. I have known Tinubu since the mid-1980s personally and even arranged for him to stay in my stepfather’s house ( Sir Mobolaji Bank-Anthony) in London when he went on exile”.

But in a separate statement issued yesterday, Tee Mac said he sought to clarify what he said was a private conversation with his acquaintance and praised Tinubu to high heavens regarding his capacity to attract what he described as an exceptional talent.

“My attention has been drawn to a post that has gone viral on social media regarding a private banter with a Facebook acquaintance on the eligibility of Asiwaju Bola Ahmed Tinubu for the office of the president of the Federal Republic of Nigeria (FRN).

“Whilst it is regrettable that such a private conversation went viral vide a Facebook account, let me state that the conversation was taken out of context.
“In the first instance, I have high regards for the person of the APC presidential candidate; a two-term governor of Lagos state, and a revered leader of the APC,” he noted.

Tee Mac, who was silent on the controversial statement he made about Tinubu’s age, explained that he has lived in Lagos since he relocated from Switzerland, and could attest to Tinubu’s “transformational impact” in the state.
He noted that more significantly Tinubu’s ability to identify and engage exceptionally and committed technocrats in governance with tangible results over the years.

“This, I believe will be replicated if he is given the opportunity at the federal level. His all-inclusive style of governance has seen people from other states, ethnicities and faith take up appointments in Lagos, serving meritoriously too.

“Consequently, his competence is not in doubt. I only expressed my fear of the rigours of the office.
“My personal view is that anyone can choose any candidate, but must ask themselves if they have chosen rightly. This is a pertinent question for everyone. I simply admonished a friend to vote by his convictions,” he said.

According to him, his only grouse, which he said he still stands by, is that it was Tinubu who sold Buhari to the nation in 2015, and who contrary to all expectations has underperformed.

“The above notwithstanding, I neither have a personal grudge with Asiwaju nor would I pursue a path of acrimony with my cousin, Remi Tinubu, whom everyone adjudged pleasant and supportive.

“Tinubu remains a man I admire regardless of what sycophants have tried to make of my comment,” he explained.