ASUU Kicks against FG’s Resumption Order, Vows to Continue with Strike  8 mins ago 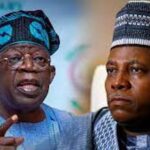 As preparations peaked for the ninth Lagos Climate Change Summit, the state has expressed its readiness to expand the scope of private sector partnership for a greener Lagos.

Speaking at a pre-event media briefing at Alausa to herald the commencement of the Summit next Tuesday, the Commissioner for the Environment and Water Resources, Tunji Bello said better and faster result was expected from the collaboration.

He explained that the collaboration which started from  conception and planning stage woulf get to the delivery of the mandates of the summit.

“This collaboration is in recognition of the impact of the organised private sector on economic growth in Lagos and our resolve to mainstream climate action in the next phase of the developmental agenda of Lagos State,” he explained.

He highlighted that the theme for the summit “Integrating Climate Actions in Lagos State Development: Investment Opportunities and Trade-offs, “demonstrates government’s commitment to climate action as a state and how new vistas of opportunities could be opened.

He said last year during the 8th Lagos Climate Change Summit, the government launched the Lagos Climate Action Plan which was aimed at charting a course towards achieving net zero emission in Lagos by the year 2050 which is achievable through the implementation of impact-oriented actions across major sectors of the economy.

He added that what this translated into was that the government have to accelerate the development of a green economy in the state by exploring innovative climate solutions and mobilising necessary resources required to achieve this target.

He disclosed the state governor, Babajide Sanwo-Olu would be the Special Guest of Honour at the 2022 Summit while the lead paper titled: ‘’Financing Transformative Climate Actions for Lagos State,’’ would be delivered by Professor Chukwumerije Okereke, of the Center for Climate and Development, Alex Ekwueme Federal University, Ndufu Alike,  Nigeria.

He appealed to all stakeholders, development partners, investors to join  in the progress towards achieving a green and sustainable economic growth in Lagos