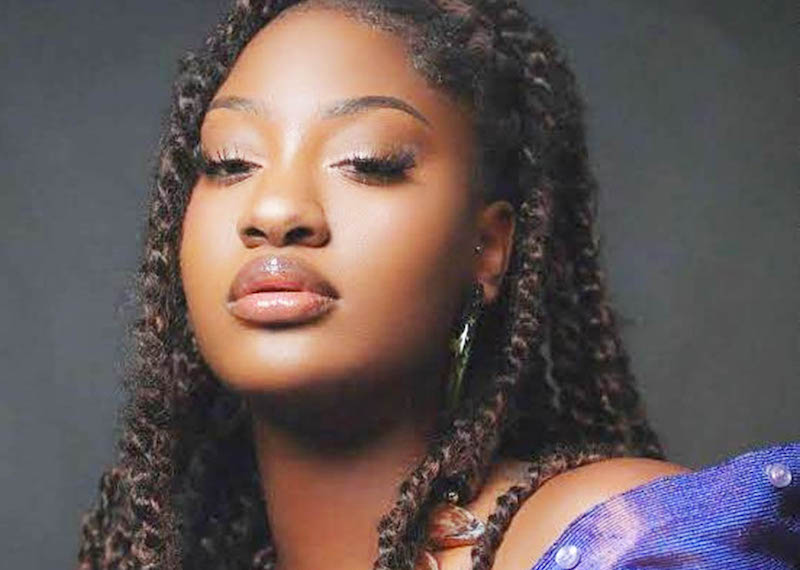 Temilade Openiyi – Tems – has already conquered the global charts with Wizkid and Drake, found fans in the highest possible places and carved out a new space for Afrobeats. With two EPs behind her, Tems is yet to release her debut album, but the appetite for new sounds from the continent is so strong that it doesn’t matter.  Within the diaspora and beyond, the UK audience has already crowned her the new it-girl of African music.

Anybody listening to afrobeats over the last year or so has heard Tems’ deep, velvety voice, whether it be the chart-topping hit song, “Essence” where she featured alongside Wizkid, or her debut EP “For Broken Ears,” or even her most recent EP “If Orange Was a Place.” But there’s more to Tems. ‘Essence’ with Wizkid made history as the first ever Nigerian song to chart on the Billboard Hot 100.

It also made Billboard Global 100, and the record even received a Grammy nomination at the 64th Annual Grammy Awards for Best Global Music Performance. Tems told Apple music, she and Wizkid did not anticipate the outpouring of love the single has received.

By the way, Tems and Wizkid were among the major winners last Sunday night as Afrobeats took centre-stage at the 2022 edition of the BET Awards held at the Microsoft Theatre in Los Angeles.

Tems took home the Best International Act, which was sponsored by Smirnoff at the awards ceremony which honour black excellence in entertainment and sports. She also won the ‘Best Collaboration’ from Wizkid’s song “Essence” which has her and Justin Bieber. With the win, ‘Essence’ becomes the first African song to win a BET award and Wizkid becomes the first Nigerian and African to win an Award outside the Best International Acts category.

For Tems the ‘Crazy Things’ crooner was nominated in three categories, however, lost the ‘Best New Artiste’ gong to Latto, the US rapper, born Alyssa Michelle Stephens.

Wizkid missed the ‘Best male R&B/Pop Artist’ category to The Weeknd. Tems became the first female Nigerian artiste to win the BET Best International Act, beating Fireboy, Dave, Major League and others to clinch the award. With her win at the 2022 BET, Tems joins Ice Prince, D’banj, Tubaba, Wizkid, Davido, and Burna Boy as Nigerian artistes with the BET Awards.

This wasn’t just a big night for Tems alone but for Nigerian artistes as well. Singer, Fireboy also took centre-stage with his incredible performance at the event. Tems had a great 2021 with her contributions on Wizkid’s ‘Essence’ earning her wide international acclaim. Tems also appeared on Drake’s ‘Certified Lover Boy’ album which further proved her status as one of Nigeria’s biggest international exports.

With her BET status, her UK fans anticipates her comeback shows on July 19 and 28 respectively in London and in Birmingham on July 21 after taking a musical break for a few days due to health issues.