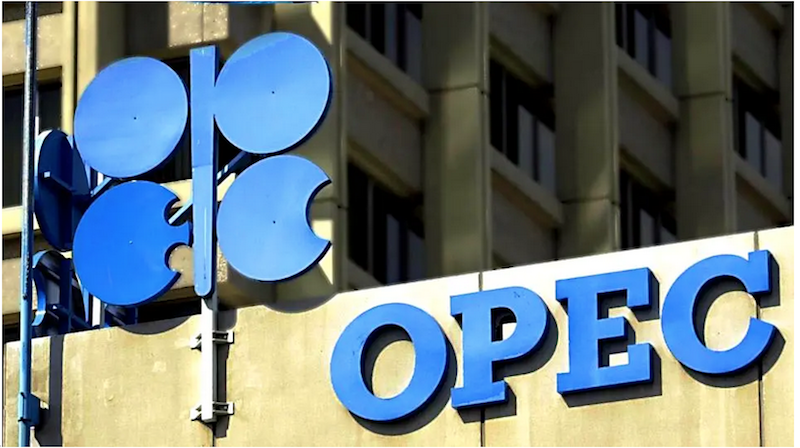 *LCCI: Oil theft has led to spike in IOCs’ production costs to $32per barrel

The Organisation of Petroleum Exporting Countries (OPEC) will in August decide whether to continue its current measured oil supply to the global market or set a new quota for its members as the ration agreed upon last year expires.

This was just as the Lagos Chamber of Commerce and Industry (LCCI) yesterday decried that crude oil theft in the country had taken a worrisome dimension in the Niger Delta and has led to a spike in international oil companies’ (IOCs) production costs to $32 per barrel, adding that losses from pipeline vandalism and theft were overwhelming IOCs operating in Nigeria.

The international oil cartel, in the same vein, yesterday allocated Nigeria a fresh oil quota of 1.826 million barrels per day for August, although the country’s May production, obtained by primary communication channel, was a paltry 1.024 million bpd.
If things remain the way they were last month, Nigeria could post a record 802,000 bpd production deficit by August, given that it barely managed to drill 1 million bpd in May.

In addition, OPEC and its non-OPEC partners known as OPEC+ after the conclusion of its 30th ministerial meeting, decided to stay the course with its production policy for the month.
The Sanusi Barkindo-led led organisation agreed to increase its monthly overall production for the month of August to 648,000 barrels per day, slowly returning the nearly 10 million barrels per day it agreed to pull from the market in April 2020.

This emerged just as the international benchmark Brent crude futures traded 0.5 per cent lower at $115.74 a barrel, while the United States West Texas Intermediate futures traded 0.8 per cent lower at $108.93 on Thursday.
Although it argued that the expected decision to drill more oil would free up some of its members that have spare capacity to boost production in September if they choose, however, OPEC’s spare capacity remained in doubt.

OPEC further announced that it was set to hold its next meeting on August 3, which will determine September production plans.
A statement after the meeting stated that in view of current oil market fundamentals and the consensus on its outlook, the OPEC and participating non-OPEC oil producing countries agreed to stick with the plan it agreed upon in April 2020 and which was reaffirmed in July 2021.

“(We) reconfirm the production adjustment plan and the monthly production adjustment mechanism approved at the 19th and 29th OPEC and non-OPEC Ministerial Meetings and the decision to adjust upward the monthly overall production for the month of August 2022 by 0.648 mb/d.
“(And) reiterate the critical importance of adhering to full conformity and to the compensation mechanism. Compensation plans should be submitted in accordance with the statement of the 15th OPEC and non-OPEC ministerial meeting,” it said.

Nigeria has continued to struggle with meeting its oil production quota, with the country’s underperformance coming to as high as 700,000 barrels per day for last month, although the cartel’s total allocation to Nigeria exceeded 1.75 million bpd for the month.
The 1.024 million bpd production (through primary communication) was about 195,000 bpd less production when compared with the April’s total of 1.219 million bpd, OPEC said.

Despite assurances by the various government agencies, what the OPEC figures imply is that rather than improve, the country’s oil production has actually deteriorated in the past months.
On the issue of theft, the federal government had also months ago, deployed heavy military presence in the Niger Delta to curb the menace.
But the OPEC data confirmed that the action has not made any difference, as nothing appears to have changed since the rejigging of the security arrangement in the region.

Added to that, despite a barrel now selling for over $120, Nigerians are not feeling the impact since it cannot meet its production allocation and the meagre revenue from the little it is producing goes into petrol subsidy payment.

Similarly, the Nigerian Upstream Petroleum Regulatory Commission (NUPRC) has for the umpteenth time, lamented the huge oil losses being witnessed in the country and its attendant negative impact on the nation’s economy, describing it as unprecedented and worrisome.

Presenting his welcome address at the session, Olawale-Cole stated that Nigeria had in recent years had to battle with dwindling revenue, security challenges, weak infrastructure, rising inflation, high cost of production, and a burdening and unsustainable fuel subsidy.
He said the chamber was concerned about the myriads of problems that all have a revenue connection.

“There are also concerns about the culpability of the nation’s security agencies, noting that barges of oil cannot be stolen and moved on the coastal waters without the collaboration of some powerful stakeholders”, Olawale-Cole said.

He stated that Nigeria was losing crude oil at the level of about 91 per cent of output and that the country lost $3.2 billion in crude oil theft between January 2021 and February 2022, quoting NUPRC, Oil Producers Trade Section (OPTS), and the Independent Petroleum Producers Group (IPPG).

This, according to him, put the figure at about N1.36 trillion when converted to naira with the official rate of N416.25 to the dollar exchange rate.

In the first quarter of 2022, Olawale-Cole said oil theft was worth N434 billion, about $1 billion.

He said the menace had prevented Nigeria from meeting its crude oil output capacity, saying out of about 141 million barrels produced in the first quarter, about nine million barrels were lost to crude oil theft.

He stated that the chamber had consistently advocated for the removal of fuel subsidies and full deregulation of the petroleum downstream sector to attract required investments into the sector, pointing out that no investor wants to invest in an industry where they cannot even recover their cost of production.

“The twin factor of fuel subsidy payments and crude oil theft have combined to deny Nigeria the gains of the high crude oil price on the international market.

In his presentation, Komolafe lamented the impact of skyrocketing oil losses on the economy, saying the rate of losses has reached an unprecedented and worrisome level.

He stated that the illegal access to crude oil and condensate by economic saboteurs popularly known as crude oil theft had been affecting the oil and gas sector for over a decade, particularly the onshore and shallow water terrains.

“The effect of this level of theft has resulted in the declaration of force majeure at Bonny Oil & Gas Terminal (BOGT) and shut-in of Wells from fields evacuating through the Nembe Creek Trunk Line (NCTL) and the Trans Niger Pipeline (TNP). Similar trend has continued in 2022.

“The monumental scale of losses arising from crude oil theft has created a hostile environment and disincentive to investors in the Nigerian upstream oil sector and magnitude of divestments in the industry,” Komolafe said.

He further stated that many operators had undertaken deliberate shut-in of wells, facilities and pipelines, which had further exacerbated the low production scenario.

He noted that the above challenges had also impacted gas production, both for domestic utilisation and export.

He said the situation had resulted to the country achieving only 58 per cent of the Technical Allowable Rate (TAR) achieved in 2021, and that similar performance had continued in 2022, hence the need for more concerted efforts across all quarters to stem the tide.

“This indicates that over nine million barrels of oil was lost to crude oil theft. Utilising an average cost of $116/barrel, this amounts to a loss in Government revenue of about 1 billion United States Dollars or about 434 Billion Naira (at CBN rate of N 415/$) in just one quarter of the year. This trend poses an existential threat to the oil and gas sector and by extension, the Nigerian economy if not curbed.”

Aside from the negative impacts of production loss and associated revenues losses to both government and investors, he pointed out that the associated challenges of oil theft also include threat to national security, as non-state actors were enriching themselves with illegal proceeds of oil theft.

Others, he listed, were, erosion of investors’ confidence, unemployment, widespread environmental degradation and health risks to dwellers in oil producing areas, explaining that insecurity, increase in operating costs, and loss of revenues reduces the competitiveness of Nigeria in the global arena thus severely hampering investments in the country.

However, in view of the above and the ongoing effort of enabling the industry to deliver on the government production target of three million barrels of oil per day in three years, Komolafe said the commission has developed some key initiatives aimed at reducing the menace to the barest minimum in the short run, and eventual elimination in the long run.

DHQ: Troops Intercept 8m Barrels of Stolen Crude, 7m Litres of Diesel
In a related development, the Defence Headquarters (DHQ) yesterday disclosed that naval troops intercepted no fewer than 15 million barrels of crude oil, automotive gas oil (AGO) known as diesel and other refined petroleum products in the Niger Delta region in the past two weeks.

He said the military recorded successes in the various theatres of operation in the six geo-political zones of the country, between June 16th and 30th, 2022.

Onyeuko stated that 47 oil thieves were arrested while 29 vehicles, 68 wooden boats, nine speed boats among other equipment were impounded.