No Respite for Nigeria as Oil Production Falls to 1.083m bpd in July 3 hours ago 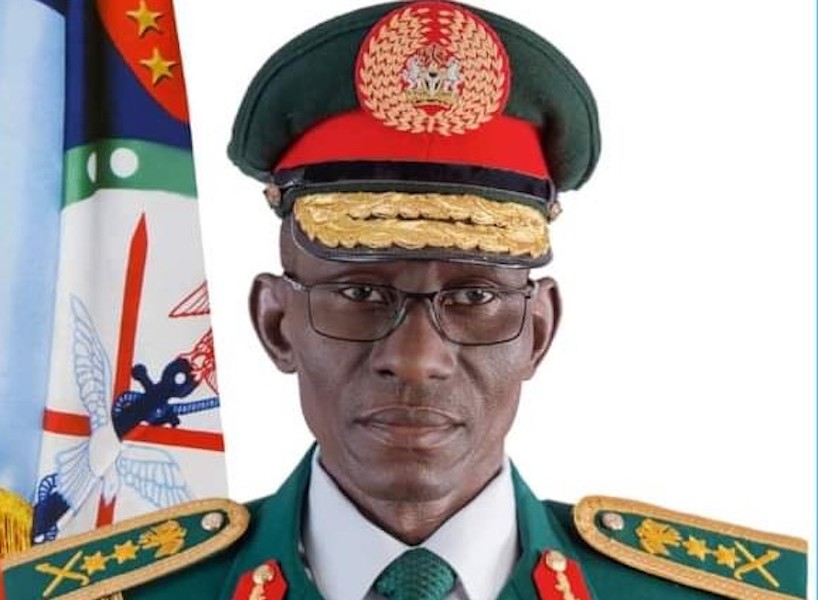 •Says with citizens working alongside state agencies, 2023 elections will be peaceful

He assured that with Nigerians working alongside the security agencies, the 2023 elections would be peaceful.

Irabor stated, “I like to assure Nigerians that the election in 2023 will be conducted under a secure atmosphere. That’s a guarantee that I want to leave with Nigerians on this interview. That, certainly, is what we are working very closely with.

“We’ve mapped out our plans along with the police and other security agencies, and we are escalating all personal engagements to ensure that we provide security that will enable the Independent National Electoral Commission (INEC) and, of course, all stakeholders, who are engaged in the exercise, which is a national exercise that the whole world is looking up to Nigeria for (do their work).

“The election will be conducted under a secure environment and that is a guarantee and we are working very assiduously to ensure that.”

He added, “For every conflict that the military have ever been involved in, the military only leaves the platform for other means of conflict resolution to be conducted. So, in this case, of course, political solution lies at the root of the resolution of all crises, whether it is Boko Haram or IPOB, there are things that almost all of them must end within the purview of political settlement. Why? Because when we are talking about political science, we are also looking at issues of governance.

“So, in the local governments across the length and breadth of the nation, what is the level of development? What is the level of empowerment of the citizens? How have we been able to provide skills acquisition that will enable citizens to not just be self-employed but also be engaged in meaningful entrepreneurial skills.

On the Niger Delta situation, Irabor said a combination of operations by the Nigerian Air Force and other security agencies had contributed to addressing the issues of insecurity in the region.

He said, “The Navy, within the last year and a half, has been able to maintain a clean maritime environment, especially, when you are talking about the shipping lanes. But, of course, there are problems that have to do with crude oil theft, vandalism of the pipelines and other associated issues, which we are dealing with in concert with other members of the defence and security agencies.

“So far, so good, even though they are still a long haul, I must say that quite a lot of improvement has been made. But I must also use the opportunity to say that the citizens of the Niger Delta or the inhabitants of the Niger Delta, who we are also sensitising for them to collaborate more with us, need to take greater responsibility, because the environment that is being polluted by these criminals. It is those who inhabit these areas that will be worse for it.”

Reacting to the alleged collusion of members of the armed forces in some criminal acts, Irabor said, “Those are allegations. I do not also run away from the fact that there may be moles among us, and that is why we take disciplinary action against any act of indiscipline that we find.

“A lot of our personnel have faced marshals, some have been sent to prison, some have been dismissed, but that is only a small number compared to the establishment itself, the institution. So, if there are one or two persons, who have been involved in one form of criminality, the issues are, have they been caught, dealt with? Why use them now for the assessment of the larger armed forces?”

He said the armed forces personnel were professional men and women that were patriotic in doing the job that they were sent to do, insisting that he is proud of everyone of them.

He, however, said those who had soiled the name of the military would be dealt with.

Further on the issue of security, Irabor advised all Nigerians to see security as a collective concern.

“Do not shy away from reporting anyone, whose ways are not right,” he advised Nigerians.

He added, “If you don’t, then, of course, you will be the loser. But I know that as we continue to sensitise Nigerians, greater cooperation will be achieved in the area of security.”

On what happened in Cross River State recently, Irabor exonerated the military of any wrongdoing, and insisted that the military would always act professionally to maintain peace in any troubled community

He said, “I am aware and the troops were never involved in any issue of raping and destruction. No, that’s not correct. I am glad that you mentioned it was a communal clash, so what is the business of the military in being involved in communal clash?

“But, of course, because lives were being lost, and we have military deployment around those areas, it was based on that, that the commanding officer of the unit went to address the problem that they had. Now getting to the scene, one of the communities for whatever reason, because they were armed, they shot at the commanding officer, wounded him, and wounded about five soldiers.

“No officer will see his men being wounded, when he has come to keep the peace. No soldier would stand idle and then see citizens unleashing mayhem not amongst themselves only, but equally taking up arms against those who have come to bring sanity to the environment. So, it was at that point that the troops needed to react.”