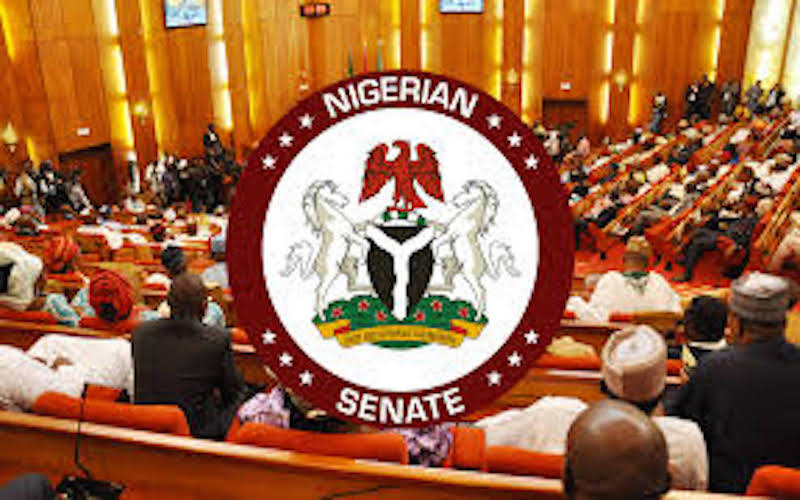 The Senate Committee on Ethics Privileges and Public Petition has summoned the Director General of Nigeria’s National Intelligence Agency (NIA), Ahmed Rufai Abubakar, to appear before it over his office directive to the Department of State Services (DSS).

The NIA DG had, based on the strength of a petition in his possession, directed the Director General of the DSS, Mr. Yusuf Magaji Bichi, to blacklist a Niger Delta environmental rights activist based in The Netherlands, Mr. Sunny Ofehe.

The yet-to-be-identified petitioners had alleged in their letter that Ofehe was indulging in fraudulent activities by using the name of the SPDC to defraud unsuspecting people both in Nigeria and in The Netherlands.

The Chairman of the Senate panel, Senator Ayo Akinyelure, has therefore directed Abubakar to appear before the committee and explain within seven days, why the rights activist was still being blacklisted since 2009 despite the fact that no criminal case had been established against him.

The lawyers to Ofehe, led by Mr. Frank Tietie, had informed the panel that neither the NIA nor the DSS had instituted criminal action against Ofehe in any court of law since they got the  petition about 13 years ago.

Tietie said: “The DSS, based on the directive from the office of the NIA, blacklisted my client thereby subjecting him to terrible harassment and ridicule by security agencies at the Nigeria’s international borders since 2009.

“My client is based in Netherlands and he has been coming and going out of Nigeria since he was blacklisted. Yet, no security agency had arrested and prosecuted him in any court of law because they know that the allegations against him were fabricated falsehood.

“The faceless petitioner is attacking my client because he is a renowned global environmental rights activist who is exposing the false claims of the Anglo-Dutch oil firm in the Niger Delta region.

“This is highly unfortunate because the development had denied Nigeria many investment opportunities because genuine  investors from Netherlands being brought to the country by my client had on many occasions, embarrassed by the security agencies at the point of entry.

“My client therefore had no option than to petition the Senate to seek justice and make the DSS to remove his name for its blacklist.”

The representative of the NIA was not at the session but a director with the DSS, who did not disclose his name, admitted that the rights activist was blacklisted on June 3, 2009 following a directive, backed by a petition to it by the NSA.

The DSS director said the petitioners alleged that Ofehe swindled both Dutch and Nigeria citizens.

He maintained that the security agency did not go beyond its limit in blacklisting Ofehe.

Senators Opeyemi Bamidele, Chukwuka Utazi and Sam Egwu faulted the submission of the DSS and wondered why it had yet to charge him to court despite coming and going out of Nigeria since 2009.

The panel members therefore resolved that the NSA should appear before them next week with concrete allegations.

They maintained that Ofehe did not appear to be a criminal as being alleged by the petitioners because he has a good working relationship with the Dutch government.

Specifically, Utazi explained how Ofehe was well acknowledged by the government of The Netherlands when the committee members visited the country sometime ago, to carry out oversight function.

The panel chairman said: “The NIA should within the next seven days give concrete evidences against Ofehe or the Senate Committee on Ethics Privileges and Public Petition will have no option than direct the DSS to delete his name  from the blacklist, if nothing was established to justify the DSS action.”