Buhari to Military: Take Fight to Doorsteps of Insurgents, Eliminate Them 13 mins ago 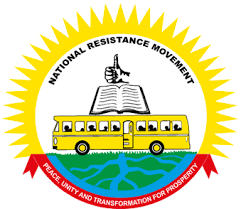 The crisis rocking the National Rescue Movement (NRM) has assumed another dimension following the decision of the politicians from the northern part of the country  to leave the party.

Their decision stemmed from the allegation that politicians of South-east extraction dominated the National Working Committee (NWC)  of the party.

It was against this background, Deputy National Chairman of of the party, Mr. Abubakar  Jikamshi, tendered his resignation letter with immediate effect.

Addressing a press conference on Wednesday in Abuja, Jikamshi described convention and primaries conducted by the party  to elect party leadership and the party’s flagbearers as kangaroo elections.

His words: “It is my honor and privilege to address you today to announce to you of my resignation from the National Rescue Movement, the party of which I am one of the founding members.

“NRM conducted its kangaroo elections and produced both the Chairman of the party and its Presidential candidate from the South East Zone which automatically portray the party as undemocratic.”

“Taking you back along memory lane, NRM was formed and got registered in the year 2018 by the Independent National Electoral Commission (INEC). I was one of the founding members. We were more than 50 in number, but as of today, only three of us were still in the party.”

Jikamshi noted that his resolve to quit the party and the post of Deputy National Chairman was motivated by the glaring lack of democracy in the party, adding that the majority of the NWC members are from the same zone.

He added: “The national chairman is from the South-east, the presidential aspirant is from the same region, the National Secretary is from there, the Welfare officer, and there are other officers, all from the region. They only take decisions and tell us.

“Whichever way you look at it, there must be some motives as the party is mortgaged, may be used as money making venture or whatever. As of now, the party is shopping for another candidate as the present is assumed not prepared to toe the line. You can use your search light to confirm.”

Asked if all the northerners in the party are quitting the party, Jikamshi noted, “It looks so, except those who have filled forms, kangaroo forms that they want to contest for election.”

He stressed that himself and his colleagues from the northern part of the country were consulting on their next move, which he promised would be communicated whenever  they reach a compromise.

“Before I close, let me inform you that most of the National Officers from the Northern Zones have left the party or are about to and we are making consultations on the next line of action. We shall inform you as appropriate.”

Jikamshi, therefore, called on INEC to put searchlight on  small political parties that were established purely for political prostitution and proscribe them as they don’t add any value to the polity.