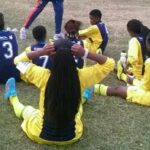 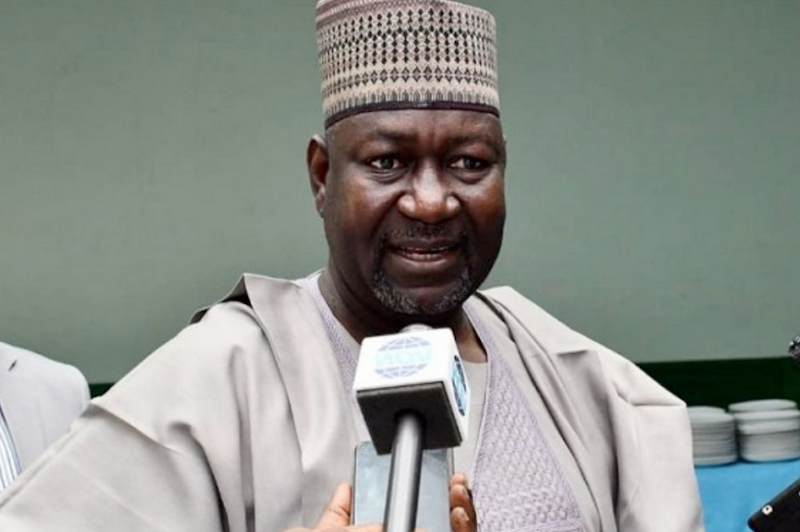 The Federal Government has disclosed that the perennial power outage across the country is caused by continued vandalism of power infrastructure by terrorists.

It expressed regrets that terrorists continued  vandalism of power infrastructure was seriously affecting the capacity to deliver electricity to consumers.

Briefing newsmen Wednesday at the State House, Abuja, after the weekly virtual meeting of the Federal Executive Council (FEC) presided over by Vice President Yemi Osinbajo, Minister of Power, Abubakar Aliyu, was specific about cases of the North East, North West and North Central, where he said after power infrastructure were brought down by terrorists and were restored, they were vandalized again.

“Like vandalism around oil pipelines which affect gas and once you don’t get gas to power, you don’t get the megawatts, once there is no power coming from the generators, you know what that means”.

Commenting on the impact of insecurity on power infrastructure,  the Minister said: “We have a lot of challenges and it’s not that we are sleeping over them. We are up and doing, we are tackling them as they come. Some already we have pulled them down, some we are pulling them down.

“This is a sector whereby you have so many players, responsibilities are vested on so many people. In fact, even some who are not given any responsibility interfere.

“So, we are working round the clock to ensure that we nip everything in bud. For instance, this Maiduguri issue that you have particularly mentioned. Yes, through our thinking out of the box, we’re able to take back electricity to Maiduguri and people are enjoying it.

“Yes, we are facing a lot of security challenges in this country. We have challenges around our installations in Kaduna. As I’m talking to you now, we have been battling with one of our line snap towards Shiroro. We have two lines coming from there.

“One, we cannot even go there to inspect and see what is wrong because of the security challenges. We have issues around right of ways which I have talked to you here about which we are pulling down some. Some are still lingering, but we are facing them head on.

“So I’m confident if we remain on our toes without giving up, we will surmount all these problems.”

According to him, government has now been compelled to design alternative but less efficient ways to supply electricity to areas affected particularly Maiduguri in Borno State.

He also said government officials had not been able to access vandalized power infrastructure in Niger State including Shiroro to determine their problem because of insecurity in the area.

The Minister, however, said the security agencies are cooperating with his ministry on how best to deal with the situation.

Speaking on one of such projects approved by FEC he explained: “There is one in Damaturu Yobe State. This one is very peculiar because as you may be aware, for over one year, Maiduguri has not been enjoying full electricity.

“We were able to take electricity supply through an old line of 33 KV which we repaired and restored and were able to take 10 megawatts to Maiduguri over 130 kilometers on a 33 single circuit. We restored that around three to four months or thereabout.

“So, they’re enjoying but very little. By the time the electricity reaches Maiduguri, not will drop to six or seven megawatts because of losses along the way.

“As you are also aware, the 330 takes power to Maiduguri was vandalized by insurgents. And we tried a number of times to restore it, they will go back and pull down the towers.

“So, we now decided, in the main time to take electricity through the 33 KVA which they are enjoying but not as they may like it to be. It’s being rationed around the time.

“So, we are currently procuring another 33 double circuit new one to Maiduguri along the same route.

“So, the idea is if someone tampers with it, it’s easy to restore it within a day or two, unlike the bigger one which is the 330 which takes weeks or months to restore because it’s in the bush.

“So, as it is now even the one that we have installed, we have been doing hide and seek. Sometimes they will pull one two poles,  we will repair and this is why we are doing this endeavour by the roadside. It is this to keep on restoring back.

“But currently, we have returned the contractor to restore the main 330 that was vandalized some time back. So, in order to have enough electricity for Damaturu and environs, from that substation Damaturu, and take some to Maiduguri, this project seeks to boost the capacity of Damaturu substation.”

According to the Minister,  other power projects approved by the FEC in the two memos he presented on behalf of his ministry are for design supply and installation of 1x60MVA, 132×33 KV transmission substation with associated 4×132 KV line bay extension at Hong Local Government and Adamawa state in favour of Messers associate power solution engineering limited in the sum of N6,529,589,637.28 consisting of two components one is offshore and onshore.

“Gombi is also another local government Headquaters. Garkida town and then Hong. Hong is also a town along that road. Then Mudi, Woba, Michika, Madagari. There is an existing 132 that passes through this area. So what we’re doing now is to drop a substation there.

“The hope is by the time all these interventions we are making on the grid, reach up to 11,000 or there about that it will be able to withstand and take it off. So this is the intervention.

“And the second memo also is to procure power transformers and associated spare parts for the TCN to be deployed to six locations as follows: One is to Aiyede in Oyo State to Messers T and D technologies Limited. Offshore component $1.8 million, the onshore is N98 million.

“The second one is Gusau in Zamfara State, same project to Messers  Basharri limited. The third one is Kankia in Katsina State, which is to enjoy the same project to be supplied by Messers Farmamade energy limited.

“The next one is Minna, Niger State is also to enjoy some project to Messers Crossworld global technology limited. Then the fifth one is to Okearo in Ogun to enjoy the same transformer.”

The aggregate of the projects approved for the Ministry by Wednesday’s Cabinet meeting came to N23,047,974,090.