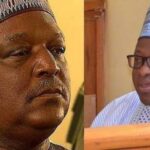 WILL NEW MANAGEMENT SALVAGE THE REPUTATION OF A DITHERING ECOWAS? 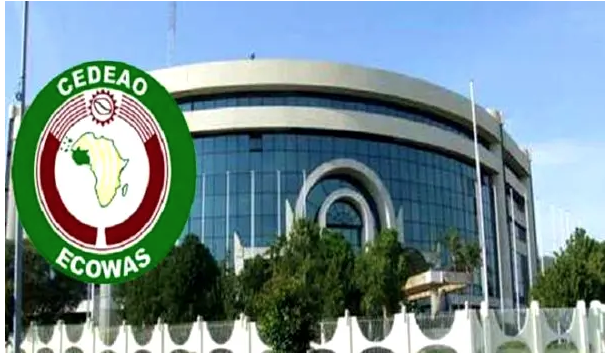 Dr Omar Alieu Touray, a Gambian diplomat and economic development expert should normally be excited as he gets set to assume the Presidency of the Commission of the 15-nation Economic Community of West African States (ECOWAS) in the first week of July 2022. But that excitement will be diluted by the burden of the leadership deficit he inherits from the outgoing management of the regional bloc set up in 1975 to foster economic integration.

The fact that Dr Touray is coming with a slimmer seven-Commissioner management, from the unwieldy and wasteful 15-Commissioner structure could be a source for hope however. If he succeeds in repositioning the wobbly organization, he will etch his name in gold, but it is a tough call given the level of rot and reputational damage suffered in the last decade by an organization, which hitherto was internationally acclaimed for its peace-keeping, conflict management and resolution credentials.

When he hands over to Touray, and moves on to the Central Bank of West African States (BCEAO) as Governor, Cote d’Ivoire’s Jean-Claude Kassi Brou, the out-going ECOWAS Commission President, would be leaving the organization certainly worse than he and his management team met it four years ago.

Some of the major criticisms of the ECOWAS management include lack of capacity, vision and proactivity, and the allegation that many top-level personnel have become laser-focused on pursuing the narrow interests of their home governments instead of the desired wider, regional, and supranational agendas.

This phenomenon has dealt a dangerous blow to the delivery of community projects, with many senior officials more interested in embarking on back-to-back missions that produce little or no benefits for the community other than travel allowances in private pockets.

Consequently, it has become commonplace for development partners to complain about ECOWAS’ “lack of absorptive capacity” even when the organization is saturated with “square pegs in round holes.”

Hopefully, Dr Touray is well-informed and has come prepared for the monumental task ahead of him. In his Manifesto for the ECOWAS job, entitled “TowardsSharedProsperity,”he acknowledges “prosperity as the security from want with respect to food, shelter,safety of persons, property and the environment.”

“Shared prosperitytherefore implies prosperity that is inclusive in a manner that cutsacross geographical, political, social, gender, religious, andgenerational divide,” the in-coming President said, adding: “It is my strong conviction that delivering shared prosperity must constitute the raisond’etre of ECOWAS. To this end, I undertake to focus on streamlined initiatives thatwill, deepen integration; build and strengthen peace and security; promote sustainable productivity and inclusive development;entrench good governance; (and) foster equitable partnerships.”

But manifesto and reality are two different animals. For instance, Dr Touray  acknowledges  that intra-Community trade, economic and monetary integration, and social integration in terms of freedom of movement, residence and establishment would be difficult, when “Intra-community trade within ECOWAS hovers around USD$180 billion per year, representing barely 28% of regional Gross Domestic Product (GDP) and around 12% of the external trade of the region.

No thanks to the foot-dragging by some ECOWAS member States on customs union and other convergence criteria for economic and monetary union, France in cahoots with some francophone countries led by Cote d’Ivoire, has hijacked the ECO, which ECOWAS has been positioning as the regional currency.  This means further delay to the realization of the common currency project.

Also, without operationalization of the customs union protocols, especially the Common External Tariffs (CET) regime and a harmonized regional approach, ECOWAS risks losing out on the benefits of the African Continental Free Trade Area (AfCFTA).

Although the organization has recorded considerable achievements in free movement of persons, Dr Touray reckons that “a lot more is required to consolidate the gains in the area of social integration.”

Peace and security and political governance are areas where ECOWAS has fared so poorly in the past decade, especially under the leadership of Brou and the almost two-year tenure of Ghanaian President Nana Akufo-Addo as Chair of the Authority of Heads of State and Government.

When tenure elongation is causing political instability in the region, the management of ECOWAS institutions requested and got three months’ extension this year. Long-overdue institutional reforms linger, while recruitment of new staff is taking place at a time of leadership transition.

In 2012, ECOWAS launched an ill-advised expansion of the Commission from nine to 15 Commissioners, with all the financial implications. That decision has now been revised to a seven-member Commission.

Dr Touray and his team must prove that a smaller structure is more cost-effective. Another unresolved issue is harmonizing the leadership recruitment processes for the Commission’s Presidency and Chairmanship of the Authority. While the former has been changed to alphabetical order, the latter is based on language group.  For instance, while the Commission has been headed by candidates from one of the region’s three linguistic groups since 2011, the rotational chair of the authority has followed the language group criterion.

Furthermore, ECOWAS, which was widely praised for ending the civil wars in Liberia and Sierra Leone, and managing the political conflicts in member states such as Guinea, Niger, Cote d’Ivoire and Guinea Bissau with effectiveness, has fallen short of its standards in the past decade.

With the death of Libyan leader Col. Moammar Ghaddafi in 2011, the Western Sahel has become the epicenter of insecurity exacerbated by terrorism, jihadist and separatist insurgencies, which have spilled into much of the ECOWAS region.

Instead of leading by example to consolidate democracy in West Africa some leaders have used the so-called democratic principles to undo democracy. They have combined corruption with greed, nepotism, violation of human rights, and disrespect for the rule of law, election rigging, and manipulation of national constitutions to undo the democratic gains of the early 2000s.

The region’s inability to deal with insecurity, bad governance and tenure elongation by its leaders have resulted in the resurgence of military incursions with three ECOWAS member States – Mali, Guinea and Burkina Faso – currently under military rule.

Dr Touray’s management must find an effective solution to the unfinished business in these three countries, which have been suspended from ECOWAS and with stifling sanctions imposed on Mali.

Some analysts also believe that Nigeria, as the regional power and biggest financial contributor to the ECOWAS budget should not standby and allow the organization to be run aground.

Meanwhile, the West African civil society, under the auspices of the ECOWAS Community Citizens has in an open letter to the ECOWAS Chairman condemned the refusal by Togo, Cote d’Ivoire and Senegal to support 12 other member States on the proposed amendment of the regional Supplementary Protocol on Democracy and Good Governance to compel countries to insert in their constitutions provisions for a limit of two terms for the presidency.

Should the three countries persist in their objection, the group urged the Chair of the Authority “to invoke Article 20 of the Rules of Procedure of the Conference of Heads of State and Government” and nullify the objection.

They cited Guinea, whose former President Alpha Conde, followed the example of Cote d’Ivoire, to ram through a referendum and constitutional amendment that enabled him to extend his tenure only to be topped by a military junta.

Dr Touray has promised to “give priority to early warning mechanisms and preventive diplomacy that will address risk factors before conflicts break out. Equally, ECOWAS rapid response capability must be strengthened through the operationalization of the regional Standby Force.”

He has also assured that “the peace and security architecture of the Community should equally integrate effective measures to combat terrorism and other crimes including money laundering, cybercrimes, trafficking in small arms and light weapons.”

“If any single factor accounts for peace and security,” Dr Touray said, “it is good governance in the political, economic and corporate spheres. In the political sphere, ECOWAS must entrench good governance, rule of law and respect for human rights in the region. Constitutionalism and constitutional order must be promoted and consolidated. Peoples’ will, as reflected in the national constitutions must be respected. And the integrity of elections and electoral process must not be violated,” he affirmed.

The Gambian diplomat brings to his new job years of experience, having served as his country’s Ambassador and Permanent Representative to the African Union and Ambassador to Ethiopia with concurrent accreditation as High Commissioner to South Africa and Kenya.

He was the Gambia’s Permanent Representative-designate to the United Nations in New York before being appointed Minister of Foreign Affairs and International Cooperation. The new ECOWAS boss also worked as Regional Policy Advisor at the Regional Bureau for East and Central Africa of the UN Food Programme; Consultant to the UN Economic Commission for Africa; UNDP, Gambia Country Office, and the Commission of the African Union.

Until his latest appointment, Dr Touray worked at the Islamic Development Bank in Jeddah, Saudi Arabia, since 2012. He holds a Ph.D. in International Relations from the Graduate Institute of International and Development Studies, University of Geneva. He also studied Finance and speaks English, French and Arabic. His publications include “The African Union: The First Ten Years” (2016).

It remains to be seen how he matches his manifesto with action on the ECOWAS saddle.

Ejime is a Global Affairs Analyst, a former War Correspondent and an Independent Consultant on Corporate Strategic Communication, Media, Peace & Security and Elections