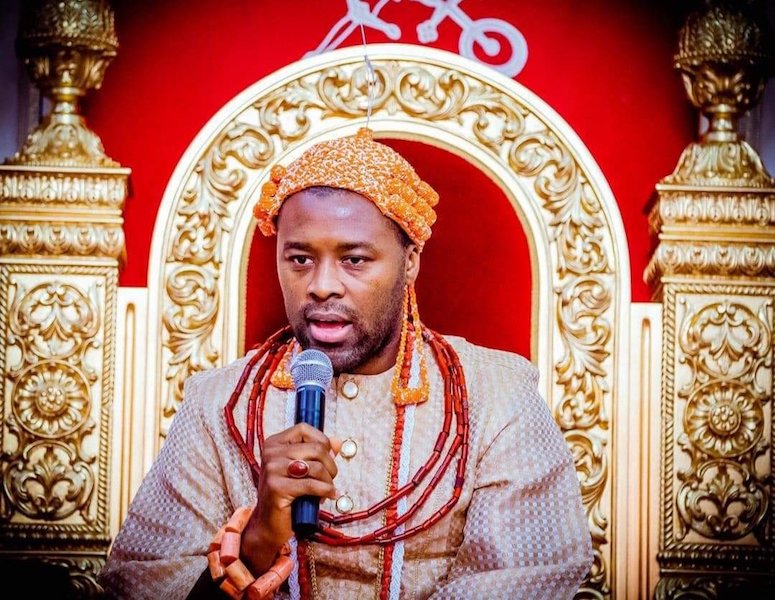 The Olu of Warri, Ogiame Atuwatse III, has again assured the people in his domain that peace will continue to reign in Warri, Delta State.

The monarch gave the assurance at the weekend when he hosted the 3rd edition of the ‘Ghigho Aghofen’ ceremony for the Omadina community in Warri South Local Government Area of the state.

The carnival-like and colourful ceremony was hosted at the Olu’s Palace in Warri amid cultural display from various ethnic nationalities residing in the oil-rich kingdom.

Ghigho Aghofen, which means ‘Palace Watch’, is a ceremony that ushers in one of the indigenous Itsekiri communities to keep watch over the Warri Kingdom, and was initiated by the king in 2021 shortly when he ascended the throne.

The aim, accordingly, is to promote robust relationship between the king and other communities that could not have access to the palace due to one reason or another.

Addressing the congregation, the revered monarch thanked the various ethnic nationalities that came to identify with the palace, and prayed God to continue to promote peace among them.

“We will enjoy peace in Warri. Never again shall we clash over our differences. We will always live together, discuss and agree and be better for it,” the monarch prayed.

He, therefore, urged the Omadina community that it’s taking over the Palace Watch to resolve their differences and forged ahead as one and indivisible community.

According to the monarch, “I thanked the Omadina community for coming in large numbers. I want to use this opportunity to preach peace and unity because there is a lot that is being spoken of Omadina.

“Let me remind you that you have a unique opportunity to start again in your community; so a line must be drawn. Many people may feel a sense of indictment, frustration, and it’s my turn, or I have suffered.”

Ogiame Atuwatse III, therefore, appealed to Omadino people to put those sentiments away and start doing things right, adding: “Omadina is an important community for there to be division and fight. You are on duty till September 24, 2022. You will be on duty when we mark our first year coronation anniversary.

“Hopefully, before the time elapsed, we will come to Omadina. We want to see that the factions are dissolved and you have embraced peace,” he said, noting that there was much to achieve with unity, with special reference to the Itsekiri Trust Fund.

Among the dignitaries that witnessed the ceremony were former Minister of Youth and Sports, Solomon Dalung; Speaker, Delta State House of Assembly and gubernatorial candidate of the Peoples

Democratic Party (PDP), Sheriff Oborevwori, and some lawmakers in the state Assembly.