APC, PDP Have Nothing New to Offer Nigerians, Says Katsina Accord Party Guber Candidate 41 mins ago

We Need to Consult Oracle to Tackle Corruption in Nigeria, Says Lawmaker 48 mins ago 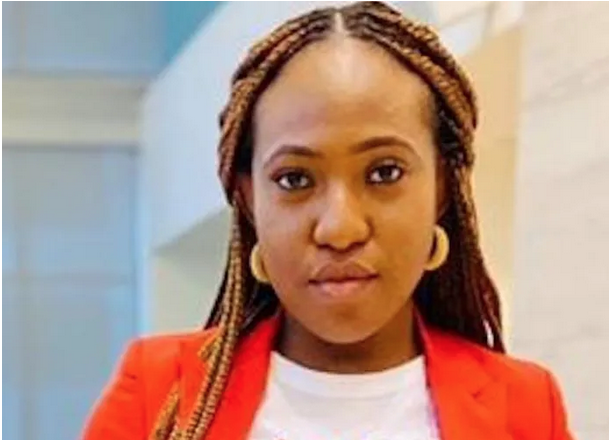 To reach more people, save more lives, and ensure that healthcare is better in Africa, Healthtracka has launched itself into enriched healthcare-based start-ups in terms of infrastructure development.
This was made known after the CEO of Healthtracka, Ifeoluwa Dare-Johnson, confirmed that the start-up had secured a $1.5 million seed fund in June. On the list of investors are VC Ingressive Capital, Hustle Fund, Alumni Angel Alliance, and Flying Doctors.

The Lagos-based test lab is known for providing test services, including full body count, fertility test, STD, and COVID-19. The start-up’s goal, according to Ifeoluwa, is to make the lab testing experience stress-free and affordable for Africans.
Healthtracka solves this challenge by providing digital test results within 24 hours after sending their phlebotomist to the client’s home to collect test samples. The high-quality service keeps the start-up attractive to partners in the preventive care and lab-based industry. Aside from testing results, Healthtracka equips clients with medical reviews of results as well as specialist and consultation services.

The seed funding is expected to impact the one-year-old start-up in widening the retail market by launching her retail subscription plans. She also envisions enlisting her APIs to healthcare service companies to provide a come-home sample testing for their clients. There is also the tenacity to expand the country’s visibility beyond Nigeria.

FG to Train One Million Software Developers
The Federal Government of Nigeria has said it is working on training one million software developers in Nigeria in the next eighteen months.
To achieve this target, the government has called on various stakeholders across sectors of the economy to come on board.

The Minister of Communications and Digital Economy, Prof. Isa Ali Pantami, disclosed this at a virtual workshop organised by the Nigeria Software Testing Qualification Board (NGSTQB).
The Minister said training and certifying more Nigerians as software testers have become imperative with the increasing integration of software into every sphere of human life and the need for a secure system.
Also speaking, the President of NGSTQB, Mr. Boye Dare, stated that NGSTQB aims to work assiduously to make Nigeria the software testing hub for the outsourcing software testing market in Africa.

Africa to Join the Global AI Revolution
Business leaders in Africa are optimistic about the potential of artificial intelligence (AI) to transform the continent and are actively investing in the technology to be a part of the global AI market.
According to the 2022 State of AI in Africa Report published recently by AI Media Group, in the past five years, many companies across the continent are leveraging AI for business efficiency.

Most nations believe AI is at the centre of the Fourth Industrial Revolution (4IR), described as a period of rapid transformation anchored on frontier technologies such as AI, 5G, blockchain, IoT, cloud, 4D printing, quantum computing, and the metaverse. They are pushing through their challenges to make it a business enabler. Much of Africa’s AI growth has been attributed to the COVID-19 pandemic, which accelerated digital transformation.

According to reports, over 2,400 companies list AI as a specialty, of which 40 per cent were founded in the last five years. In what shows that the industry is at its initial growth stages in Africa, 34 per cent of companies using AI are medium enterprises with less than a hundred staff, while 41 per cent are start-ups with less than ten employees.
Also, PwC has projected that AI could contribute up to $15.7 trillion to the global economy in 2030, more than the current output of China and India combined. Analysts say AI could expand Africa’s economy by a staggering $1.5 trillion by 2030—about 50 per cent of its current GDP—if it could only capture 10 per cent of the fast-growing global AI market.
Countries that dominate in AI in the continent’s cardinal regions are Nigeria, South Africa, Kenya, and Egypt.

Shoprite Suffers Cyberattack
One of Africa’s largest retailers, Shoprite, has been reportedly hit by a sophisticated cybersecurity attack.
A ransomware group known as ‘RansomHouse’ has reportedly claimed responsibility for carrying out the attack compromising customer data such as names and ID numbers. While no financial data or bank account figures were undermined due to the data hack, the gang claimed to have obtained 600 gigabytes of data from the retail business.

According to the message by the cyber attackers on their Telegram platform, they have gathered private details from the archived files that were unsecured and kept in the form of raw photos and plain text. The cyber clan, known for targeting only companies with poor security, has contacted Shoprite’s leadership for negotiations and indicated that if they do not adhere to the former’s terms, they may sell the content and make some of it available to the public knowledge.

The statement issued by Shoprite stated that interrogations were initiated with forensic experts and other data security authorities to determine the nature and extent of this episode while alerting the information controller at the South Africa headquarters.
Shoprite has instituted additional security actions to help safeguard client data from further information leakage, including authentication mechanisms and fraud prevention practices. Even previously attainable areas of the network have been rendered inaccessible.

Telegram Launches Premium Version
Telegram announced the launch of its premium model, which will give users access to ‘exclusive additional features.’
The company also revealed that it had 700 million monthly active users.
Telegram became one of the top five downloaded apps worldwide in 2022, and its growth is solely from personal recommendations as Telegram has never paid to advertise its apps.
In a statement, Telegram announced it had launched ‘Telegram Premium’, a subscription that lets users support the social media app’s “continued development” to give access to exclusive additional features.

“This will allow us to offer all the resource-heavy features users have asked for over the years while preserving free access to the most powerful messenger on the planet,” explained the firm. “By subscribing to Telegram Premium, users unlock doubled limits, 4GB file uploads, faster downloads, exclusive stickers and reactions, improved chat management and a whole lot more.”
According to Telegram, all existing features users have come to expect and rely on for nearly a decade remain free. Non-premium users will be able to enjoy some of the premium’s benefits.

This week’s tech personality is the Executive Director and Co-Founder, Technology for Social Change and Development Initiative (Tech4Dev), Oladiwura Oladepo.
Tech4Dev is a non-profit social enterprise dedicated to creating access to decent work and entrepreneurship opportunities for Africans through digital skills empowerment and advocacy.

Their vision is to equip Africans with digital and life skills.
They believe in the efficacy of digital literacy as a tool in youth empowerment and development that can foster economic prosperity, financial freedom, and sustainable development.
Diwura has trained and empowered over 50,000 Africans with digital skills. Her recent initiative, ‘Women Techsters’, has seen over 10,000 women trained in coding and digital skills (software development, data science and artificial intelligence, cybersecurity, product design and product management) across 15 African countries.

The initiative, according to her, is designed to empower women across Africa with varying digital, deep tech, and soft skills required in the technology ecosystem to bridge the gender divide between men and women in STEM.
Tech4Dev has cultivated partnerships with Microsoft, UKAID, Deutsche Gesellschaft für Internationale ZusammenarbeitGmbH (GIZ).

Diwura currently serves on the board of the Lagos Business School; She is a member of the Injini Think Tank Advisory Committee, and a United Nations Solutions Summit Solution Maker 2019.