World Bank: Conflict, Major Driver of Food Insecurity in Nigeria, Others 53 mins ago

Atiku : How I Will Lead Nigeria Out of Current Electricity Challenges 58 mins ago

Emefiele Upbeat as e-Naira Transactions Hit N4bn with 200,000 Deals in 10 Months 1 hour ago

Atiku : How I Will Lead Nigeria Out of Current Electricity Challenges

NPA Generates N172bn Revenue in First Half of 2022 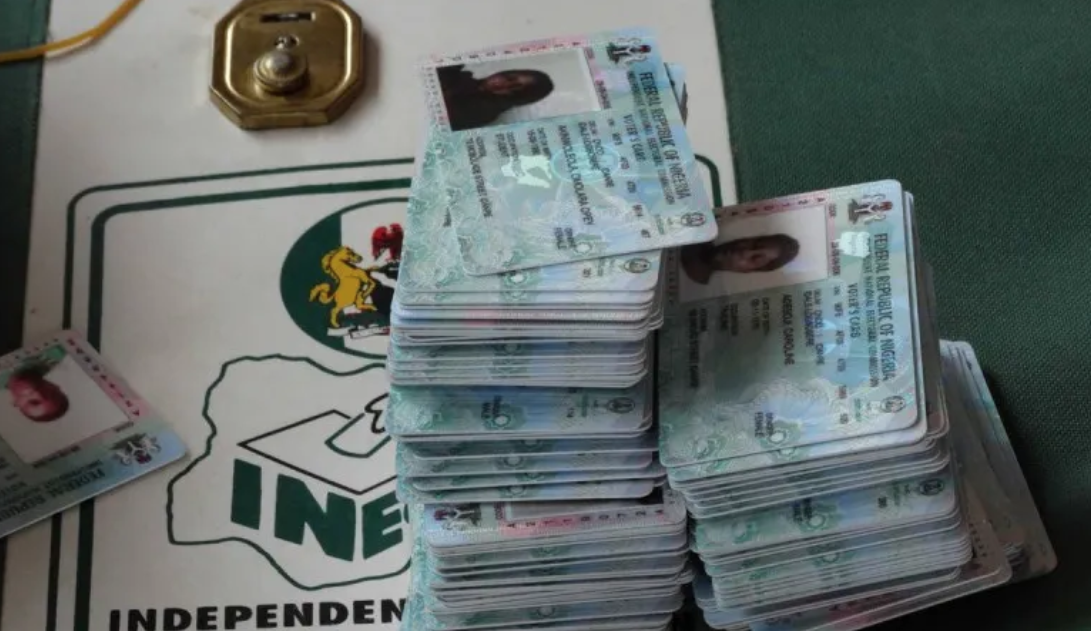 “We must all participate actively in the electoral process and avoid statements like, ‘our votes do not count’. If votes don’t count, politicians won’t bribe or pay people to vote for them”

Has the political revolution started here in Nigeria? That was the million-naira question that bogged the mind of yours truly a few days back. It was after the media got awash with news items of the rush for Permanent Voters Card (PVC) by thousands of eligible voters across the country. In fact, the recent demand by thousands of voters who besieged the Independent National Electoral Commission (INEC), centres in the Federal Capital Territory (FCT), to register and collect their PVC got the top-notch of the electoral body alarmed.

One can therefore, understand the push by the Socio-Economic Rights and Accountability Project (SERAP) and 185 concerned Nigerians on INEC to extend the deadline beyond June 30, 2022. They had filed the lawsuit against INEC asking the court to “declare unconstitutional, illegal, and incompatible with international standards the failure of the electoral body to extend the deadline for voter registration to allow eligible Nigerians to exercise their rights.”

But beyond that, the rush must be all because many more Nigerians are getting to understand that: “Voting is the expression of our commitment to ourselves, one another, this country, and this world” as Sharon Salzberg, a New York Times bestselling author rightly noted. Given the gross failure of successive administrations, even under the democratic dispensation to meet the basic needs of Nigerians such as security, food security, stable electric power supply, sound and affordable education and healthcare delivery, millions of Nigerians are currently becoming aware that the choices they make during general elections would eventually define and determine their quality of life.

Indeed, many public affairs analysts have attributed this recent rush to the on-going massive sensitization by some notable musicians, movie-makers and other celebrities. Others include philanthropists, civil society organizations (CSOs), the media and some politicians who understand the power of the people when it comes to the electoral process. Not left out are clergymen.

For instance, the Christian Association of Nigeria (CAN) has not only called on its members to get their PVCs but has urged the INEC to publish names of centres where voters who registered online can collect their PVCs ahead of next year’s election.

Furthermore, the CAN chairman, Niger State, Most Rev. Bulus Dauwa Yohanna has appealed to Christians who are eligible to vote in the 2023 general election to ensure active participation. He made the plea in his Democracy Day message to members of the Association.

On his part, revered General Overseer of the Redeemed Christian Church of God (RCCG), Pastor Enoch Adeboye has ordered Redeemed Church pastors to demand PVC from members.  “Provinces will be required to send a summarised report of parishes’ compliance with the above directive to the office of the undersigned” he stated.  Interestingly, RCCG has over 32,000 parishes in Nigeria. The import of this directive should not be lost on INEC and Nigerians at large.

Worthy of note is that the INEC was established by the 1999 Constitution of the Federal Republic of Nigeria to among other things to organize elections into various political offices in the country. The functions of INEC are contained in Section 15, Part 1 of the Third Schedule of the 1999 Constitution (As Amended) and Section 2 of the Electoral Act 2010 (As Amended).

Over time, it has conducted elections in the face of several challenges including logistics and infrastructural factors leading to the delay in the supply of electoral materials even late on the days of election. There have been many reports of the hijacking and burning of some of such sensitive electoral materials by paid political hoodlums, fraudulent thumb-printing of ballot papers, tampering with election forms as well as mass voter apathy.

There are however, electoral offences prescribed by Nigerian Law as at 31st January, 2017.  Anyone found to be in breach of any of these provisions is liable to being arrested and charged to court and prosecuted by INEC after investigation by the relevant security agencies. In spite of this assurance, many desperate Nigerian politicians are getting more devious by the day.

That may perhaps explain the open bazaar of vote-buying that took place during the recent governorship election in Ekiti State.  For instance, reports by the Centre for Democracy and Development (CDD), revealed that many of its field observers documented 41 instances of vote buying and selling. These reportedly took place at polling units across some Local Government Areas (LGAs) at Ado-Ekiti, Ijero, Ikole Irepodun/Ifelodun, Ise/Orun and Moba LGAs of Ekiti.

Specifically, Prof. Adele Jinadu, the Chairman of CDD’s Election Analysis Centre (EAC), identified vote-buying through cash collection in brown envelopes by naïve voters as responsible for the electoral fraud. Not helping matters is the current ASUU strike that has many undergraduates groaning with not much to do in their homes.

This nauseating issue of vote-buying was also frowned at by the British High Commission, as reported by its team of observers from the United Kingdom (UK) as having marred the credibility of the election, despite the orderly and peaceful manner of its conduct.

It means that come 2023, it is not all about eligible voters getting their PVCs but mustering the moral courage to say “No!” to all manner of inducements, be it money, food items, clothes or snacks. They should come to the full realization that as part of the principles of democracy, power belongs to the people and not the political elite. That is especially the crop of politicians who strongly but erroneously believe that with their Ill-gotten, filthy money they can buy anybody, including the voters.

These are conscienceless politicians who collect humongous sums from the Federation Account every blessed month but blatantly refuse to pay the hungry workers and pensioners their well-deserved dues. These are power-hungry politicians who turn deaf ears to the cries of members of ASUU and the undergraduates, who are agonizing over six months strike, while their children study under the best of enabling environment in foreign lands.

Nigerian voters must this time around NOT sell their children’s future to their oppressors, masquerading as their saints and saviours. We have had enough of the king-slave mentality and enough of the masses suffering penury in the midst of our God-given abundant, natural resources. The voters should understand that: “The most important office, and the one which all of us can and should fill, is that of private citizen as ” Louis Brandeis canvassed.

In the wise words of Harry Emerson Fosdick: “Democracy is based upon the conviction there are extraordinary possibilities in ordinary people.” We, the voters who are the ‘ordinary people’ should stand firm and understand that “Our political leaders will know our priorities only if we tell them, again and again, and if those priorities begin to show up in the polls” as Peggy Noonan counseled.