APC, PDP Have Nothing New to Offer Nigerians, Says Katsina Accord Party Guber Candidate 39 mins ago

We Need to Consult Oracle to Tackle Corruption in Nigeria, Says Lawmaker 46 mins ago

Real Estate Investment Opportunities in the US for Foreign Investors 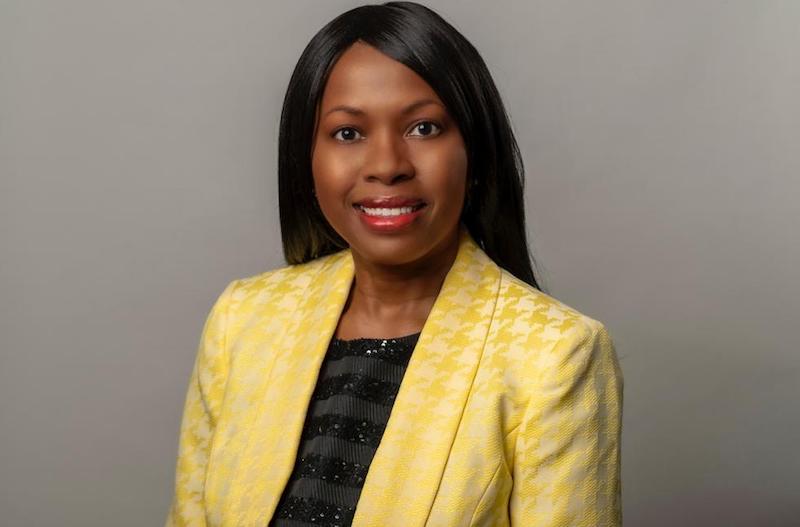 As a new Rotarian, I attended the 2022 Rotary International Convention in Houston the first week of June and of the 11,000 delegates who attended, there was a sizable contingent from Africa. After flying from Washington DC, I was excited to see so many people from my home continent but after the opening assembly, many of them left the convention center to go shopping and attend personnal meetings. Apparently, the Zimbabwean delegation received their visas on the last minute, which had been stressful, and some never even received their visas so they did not come. A Ugandan told me that you only attend these conventions for the social life and East African Rotarians tend to be far younger than their American counterparts. Nigerians were in the majority, of course, and there was no way of telling how many were MIA during the sessions. The point was that Africans made the most of that opportunity to visit the US under the guise of attending the Rotary convention. There is a much easier way of gaining access to the US without going through all the hassle of paying for conferences and applying for visa then being at the mercy of US consulates in Africa.

Anyone can invest in real estate in the US and at a certain threshold of investment, you can even get permanent residency as an investor. Thanks to rising interest rates and the impact of Covid, the real estate market in America is in turmoil right now. Another little-known fact is that there are lenders who will lend money to foreigners wanting to buy real estate in the US. There is negligible risk to the lenders because the property acts as collateral for the loans. Culturally, Nigerians and other Africans like to hold their money in real estate so there are individuals from Africa who now hold real estate assets in the US within their portfolio. I started out in real estate as a loan signing notary in Washington DC a year ago, and I have done several closings with Nigerian Americans. Some invest purely under limited liability companies, and some are buying property for their primary residence.

The housing market has slowed down so much due to rising interest rates, but it is helping to cool down prices. Many professionals fled from large cities during the early days of the pandemic leaving more stable apartment prices behind. The biggest impact of Covid is on the commercial side where there are large vacancies in retail and office spaces. Less than 40% of workers in Washington DC have returned to the office. The government has tried unsuccessfully to bring in all workers who are work from home. Whenever employers offer ultimatums, people quit and in a tight labor market, US employees cannot afford to lose those workers. The industrial sector offered more upside as companies like Amazon leased or built warehouse space but last week Amazon admitted they will have to sublet that space as they committed to more space than they need. Their stock tanked!

Briefly, the biggest opportunities for foreign investors in the US lie in the commercial real estate space because there is a glut of properties available for sale. The District of Columbia is urging investors to buy office towers for condominium conversions since there is still a shortage of housing. They are trying to attract new companies to come into DC, but they are competing with neighboring states like Virginia which are more business-friendly. The biggest challenge with downtown Washington DC is that there is extraordinarily little foot traffic. I was at the ‘Downtown DC Business Improvement District’ breakfast last week where the panel brainstormed ways to bring more economic activity into the area. The city needs more cultural diversity, dining options and shopping destinations. Washington is known as ‘Chocolate City’ but due to gentrification and decision-makers who do not live in the community, the city has become bland and mostly deserted. It is a vicious cycle because people feel unsafe when they are walking alone on empty streets.

When you look at major capitol cities like London, on a recent visit there I found that the top restaurants include Nigerian restaurants such as Ikoyi, https://ikoyilondon.com/ and when I went shopping in Selfridges I even found designer African print ankara labels. DC is trying to bring in African culture, with restaurants like ‘Swahili Village’ and the new ‘Moi Moi’, on K Street but it does not yet have the flavour that Harlem’s 116th Street have. The city has a few popular street markets which draw crowds and if it were up to me, I would put them into a permanent building like the Union Market in the north east of the city. If an investor bought the right strategic building downtown to create another food hall, it would create an instant destination for residents. The area around the White House is a ghost town in the evenings and weekends, except for the odd tourist or the days when there is a protest.

Smart investors could scoop up those vacant shops all over downtown central business districts in the US and fill them with ethnic garments that you find in fair-trade shops like Global Mamas in Accra, https://globalmamas.org/ or big markets like Balogun Market in Lagos. In fact, the stalls selling African wear at the exhibition in Houston were inundated with buyers. A savvy Zambian Rotary club had printed aso ebi fabric with the Rotary logo and they were sold out quickly. Everyone went around wearing African-print Rotary shirts like they were in Hawaii. Young designers and foreign brands might be risky for tenants which is why you can try them out with pop-up shops or co-sharing spaces.

There are endless possibilities with what you can do with all this excess commercial real estate stock in the US and the benefits of investing are endless. With an investment of $800,000, you get the EB-5 investor’s visa which gives you permanent residency and is helpful for those whose children are going to college at state universities because they pay lower tuition fees than foreigners. You can also get non-immigrant visas which make it easier to come and go into the US. A good immigration lawyer like Maryland-based Nigerian-born, Isaac Falusi, can help you navigate the application process. Even a lower entry point of investment will eventually add up to an easier path to permanent residency later. The pandemic coupled with inflation has created a perfect storm for commercial real estate in the US. This is a rare opportunity in the economic cycle to pick up some property bargains in a sector that has been traditionally hard to penetrate. As a new estate agent, I prefer dealing with commercial tenants because they know what they want.

They are much more decisive when the premises suit their functions so as a landlord, you need not worry about income once you have the right tenants in your premises. As an African investor, never before has it been possible to get a foothold in the heart of the American capitol. I have been a real estate fund manager in Nigeria and I currently hold a small portfolio in Southern Africa, so I am excited to bring African investors into a market which is more stable and where the currency holds its value. This is the same strategy that Chinese and other investors have been using for years and there has never been a better time for Africans to acquire investment real estate in the US. Rising interests rate work in your favour and you can always refinance later once interest rates start coming down again.

Debbie Peters is a commercial real estate agent and advisor in Washington DC, www.Longandfoster.com/DeborahPeters. She is the former fund manager of AiQ Capital Real Estate and Hospitality Fund in Lagos. Her email address is Deborah.Peters@LNF.com