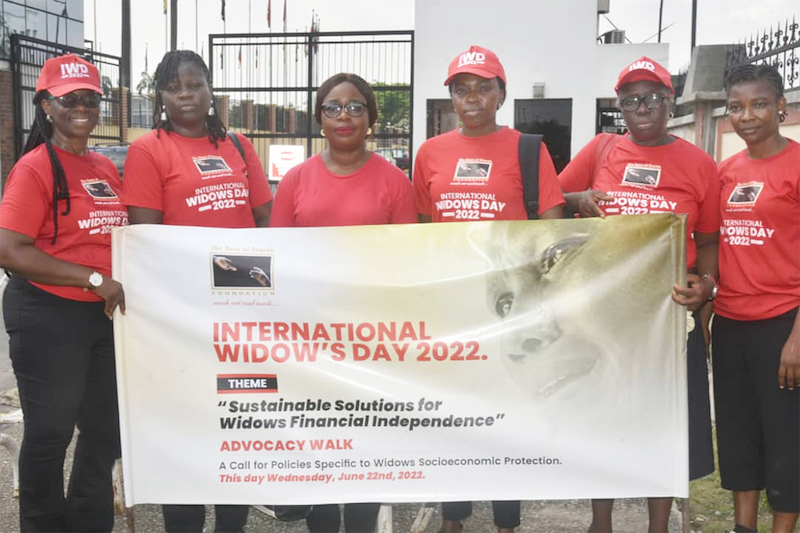 The Lagos State government has been charged to prioritise issues that concern widows, especially on matters that bother on their welfare and financial limitations.

A non-government organisation, Rose of Sharon Foundation (ROSF) gave the charge during an advocacy walk it led to the Lagos State House of Assembly, as part of activities to commemorate the occasion of International Widows Day, IWD, 2022.

IWD was set aside by the United Nations to draw attention to issues affecting widows around the world, and the need to safeguard and advance their rights.

Addressing the theme of the day, “Sustainable Solutions for Widows Financial Independence”, Country Manager of the Foundation, Dr. Ndudi Bowei stated that the foundation was working on sustainable strategies to make widows financially independent so widows do not turn to beggar.

Bowei said: “Many widows face economic challenges.  They are within the poverty line because they do not have financial power. As a matter of urgency, we are seeking socioeconomic protection for Nigerian widows”.

She also stressed the need for the Lagos State Government to domesticate Violence Against Persons Prohibition Act, VAPP, to give widows legal backing, and make the environment enabling for them.

She said that the Lagos State Prohibition Against Domestic Violence Law (PADVL), 2007 did not address the challenges of widowhood.

Commenting, one of widows, Mrs  Agbai- Agwu Nkechi commended the foundation’s intervention for the widows, adding that  with further support from government policy wise,  the sky would be a starting point for Nigerian widows.

A representative of the Lagos State Ministry of Youth and Social Development, Mrs. Awoleye I.O was also present to encourage the widows.