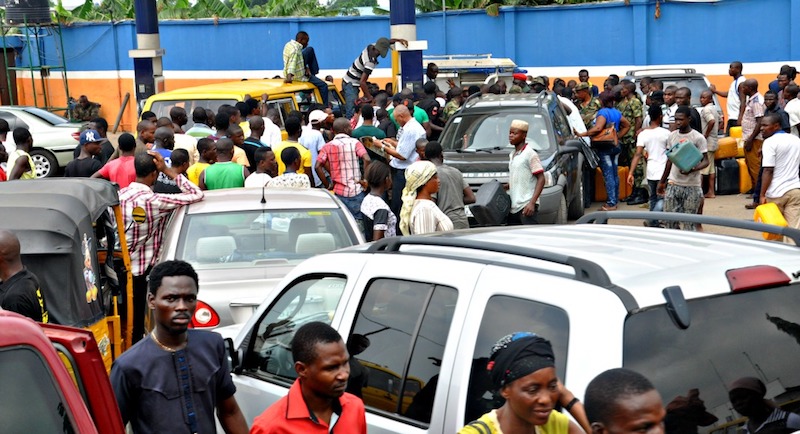 Peter Uzoho in Lagos and Ibrahim Shuaibu in Kano

As the ongoing petrol scarcity bites harder, a factional national leadership of the Independent Petroleum Marketers Association of Nigeria, (IPMAN) has urged the Nigerian National Petroleum Company (NNPC) Limited to intervene and address the profiteering activities of depots owners under the umbrella of Depot and Petroleum Products Marketers Association of Nigeria (DAPPMAN).
The factional National President of IPMAN, Mr  Debo Ahmed and the  National Publicity Secretary, Chinedu Ukadike made the call in a joint statement issued yesterday.

They also disowned another factional National President of the association, Mr. Chinedu Okoronkwo, who had warned IPMAN members not to sell petrol above the N165 per litre approved pump price.

This was just as the National Association of Road Transport Operators (NARTO) also disowned the Association of Distributors and Transporters of Petroleum Products (ADITOP) for equally warning marketers not to sell petrol above N165 per litre.

However, the two IPMAN national officers in the statement issued yesterday, expressed concern over the sale of petrol to members of IPMAN above the government’s approved template of N148, which they noted was inimical to their survival.

While agreeing that IPMAN marketers should stick to the government approved price of N165 per litre at retail outlets across the country, the officers called on the NNPC to save their members from the excesses of DAPPMAN.

The statement said, “The government is doing nothing about the private depots that are violating the system by selling higher. IPMAN members had suffered a lot in the hands of private depot owners.

“We appreciate the efforts of NNPC to make product available but you cannot rob Peter to pay Paul.
We have really suffered a lot of setback based on the cost of diesel.

“We aren’t saying there is non-availability of petroleum products, but what is available isn’t sufficient The cost of diesel has also increased. These two factors have led to profiteering at tank farms, whereby marketers buy petroleum products at the rate of N169, to N170 above government controlled pump price.

IPMAN contended that after looking at all these factors, it now costs close to N700,000 to move petroleum products from Lagos to Kano, since they are at the mercy of the private depot owners.

According to the statement, it was becoming increasingly difficult for marketers to sell petroleum products with this little margin.
They argued that it was easy for marketers to move products from NNPC depots and sell at N165, adding that they were getting the product at N160 instead of the approved N148, from private depot tank farm owners.

The IPMAN statement added, “There is no way a marketer will use N5 to sell petroleum products. It isn’t viable, considering the cost of maintenance of the filling station and also cost of fund.

“The price of a litre of diesel is very huge and we are borrowing these funds from commercial banks. We want to use this opportunity to tell NNPC on behalf of marketers to ensure that we have sufficient products.

“These products are being sold to private depots at government approved rates, not above N148.00. If they can’t stick to approved template, they should close down those tank farms selling above what government has stipulated.”

The IPMAN officials, however, criticised Okoronkwo for speaking on behalf of the association, saying he has no authority to speak on behalf of IPMAN as he was not the president of the body.

Meanwhile, the factional president, Okoronkwo, yesterday revealed that the Nigerian National Petroleum Company (NNPC) had threatened to sanction private depot owners who sell the product above the federal government’s approved ex-depot price of N148.17 per litre.
Okoronkwo disclosed this while speaking to reporters  in a telephone interview in Kano, yesterday.

He said the NNPC issued the warning after a meeting with the officials of the IPMAN in Abuja on Wednesday, saying the NNPC had threatened to stop giving supply to private depot owners who continue to violate the order.

“Henceforth any depot owner who continues to sell the product above the approved ex-depot price will be blacklisted and sanctioned as the government would not fold its arms and allow such unpatriotic depot owners to continue to exploit people,” Okoronkwo quoted the NNPC officials as saying.

Okoronkwo commended the NNPC for taking necessary steps to check the excesses of the private depot owners and urged NMDPRA to ensure total compliance with the NNPC directive so as to return normalcy in the supply and distribution of petroleum products across the country.