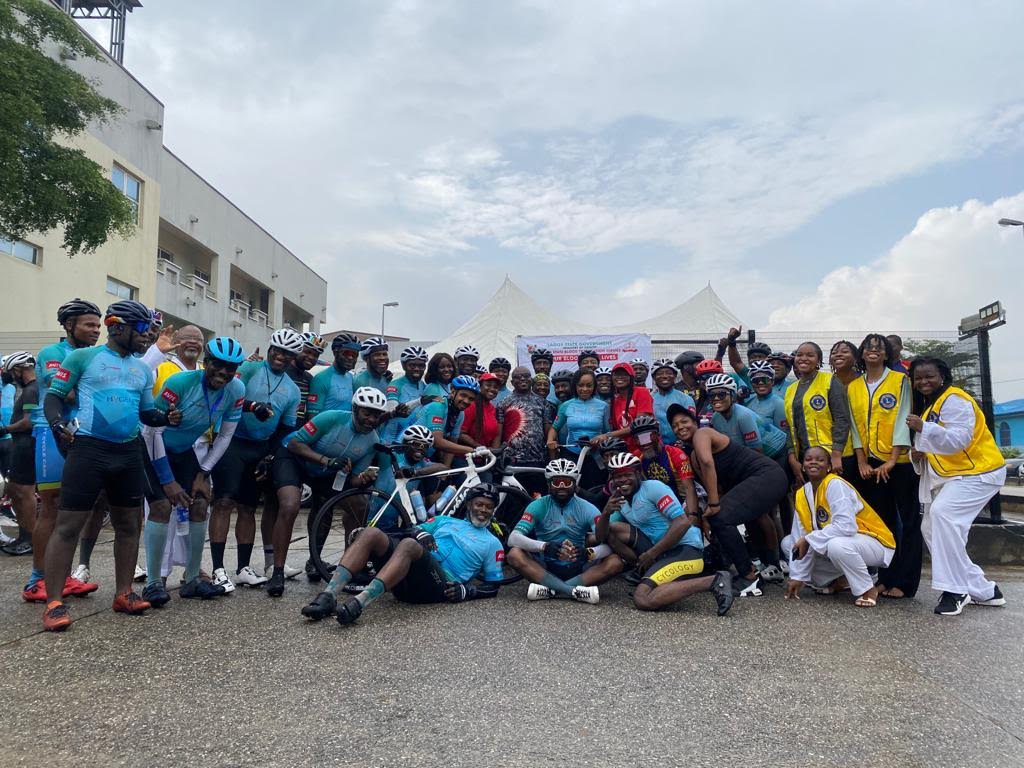 Cycology Riding Club, weekend, trooped out in their numbers on an awareness ride to The General Hospital, Gbagada, Lagos, to emphasise the importance of donating blood to save lives.

This year’s theme is, ‘ Donating Blood is an act of Solidarity, Join the Effort’.

Speaking with THISDAY, the Captain of the club, Mrs. Temitope George noted that it had posted a form on its WhatsApp group for people who may be interested in donating blood.
This she said, is an act of kindness, just as she  recalled that the club lost a member, Mr. Afolabi Mabogunje who died last year from loss of blood, adding that they struggled to get blood for him to save his life.
” We know that it was a struggle to get blood for him then, but we thank God that the Lagos State government has done a lot to create awareness for blood donation and the importance for people to willingly donate blood at their various blood banks.
“We were told that the blood donated is safe and we actually know that donating blood can definitely save a life,” she said.The Chief Medical Director ( CMD) of the hospital , Dr. Segun  Babafemi commended the donors saying that giving blood is an act of kindness which could mean life or death for someone.

He noted that all blood taken from the hospital are safe as they have been thoroughly screened by an independent body.
” All our blood are safe if it is taken from any Lagos state general hospital because they have been screened by the hospital and another independent body,” he said.
In an interview with THISDAY, he noted that anyone can donate blood so far his/her blood level ( PCV), is up to a certain level after being tested.

” We will test the person and if the person has any ailments, we will use the opportunity to treat him/her. For instance, if the person has hepatitis , we will not take his blood, but treat him.”
Dr. Oluwakemi Famuyiwa said since blood cannot be produced commercially, people have to donate blood for accident victims, pregnant women or sick people, adding that it is an opportunity for the donor to get a free medical check.

” If people don’t donate blood, nobody will have access to good blood. Remember that when you donate blood to someone, it is a free medical check for you and you are reducing your chances of having other forms of diseases because you are going to lose iron. It is also a very good way of reducing cardiovascular diseases.
“If they find out about any disease that the donor have, they will counsel the person and he or she can access  treatment and the hospital will follow up on you on that.”

She added that by donating blood, one may also be saving a family member.