Osinbajo Stresses Need for Govt to Invest in People 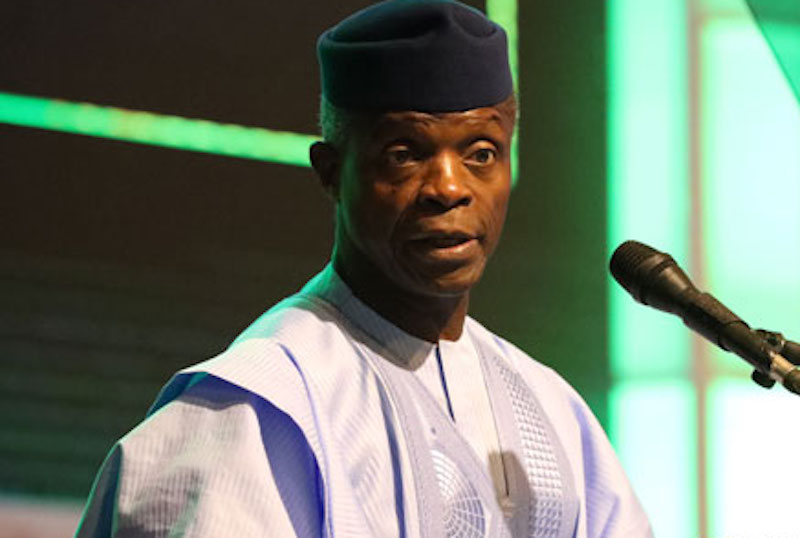 Vice President Yemi Osinbajo  has stressed the need for Nigeria and other West African countries to invest more in their citizens.

He said the most important objectives for Nigeria and other governments particularly in West Africa should be the improvement of the quality of life, living standards and livelihoods of its people.

He emphasised that “nothing is as important as “the happiness, security and general welfare of our populations.”

Highlighting the importance of investing in Human Capital Development in any nation, the Vice President declared that “our people are central to all that governments, private sector and civil society partners do. The most important pieces of work that we can do are on planning and investing in human capital development,  healthcare, nutrition, quality education, skills, and jobs.”

Explaining why government should make more investments on its Human Capital Development, including in areas of Health, Education, nutrition, the Vice President noted for instance that inadequate nourishment results in suboptimal learning outcomes and a lifetime of disadvantage especially in what is becoming  a fiercely  competitive Knowledge economy.

“Also because idle, youthful populations portend an increased risk of social instability; we must invest in relevant  skills  as we provide good paying jobs and opportunities.”

According to him, the effective use of scarce resources is the thin line between demographic dividend and a demographic disaster.

Osinbajo further said investments in HCD is more crucial at a time when the African continent has the youngest and growing population at about double the rate compared to the rest of the world.

He noted that by 2050 West Africa will have 650 million people, almost 400m will be young people and government will have to provide quality basic education and healthcare for them and nutrition”. Observing that Nigeria and other African countries are in a race against time,  Osinbajo further observed that “all these mean that Governments face huge public expenditures, and these expenditures grow as our populations increase daily.”

The Vice President, however, emphasised that despite local and global macroeconomic challenges, there are also opportunities for African governments to harness the potential of its people for further development.

“In these massive challenges lie the incredible opportunities of being the most profitable investment frontier in the world, of becoming the global food basket, of becoming the greatest source of highly trained  Human Resources in technology, engineering , sciences and in the creative sector among others,” he noted.