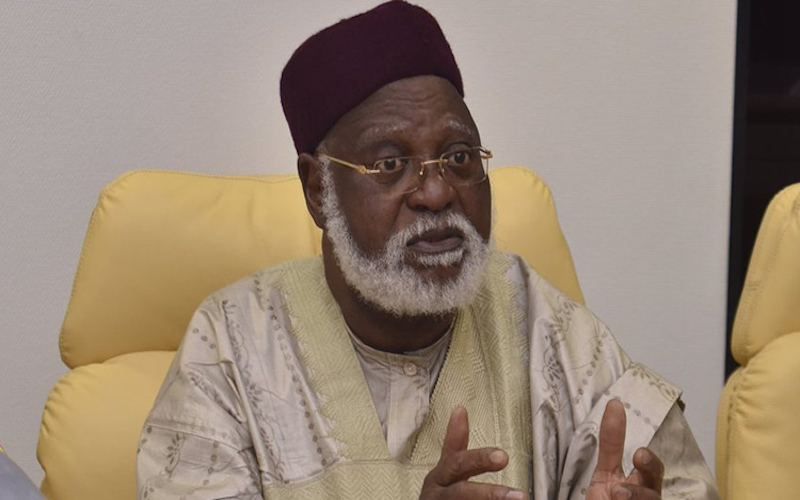 The National Peace Committee (NPC), has asked the security agencies to ensure that perpetrators of vote-buying during the June 18, 2022 governorship election in Ekiti State were prosecuted and brought to Justice.

Chairman of the National Peace Committee, General Abdulsalami Abubakar, in a statement issued in Abuja, yesterday, said the practice of vote-buying undermined the values, which underpinned the democratic life of the country.

The former head of state also said vote-buying reduced the privileged selection of those, who steward the commonwealth through the electoral processes, as being transactional.

“We strongly decry the incidence of vote-buying recorded during the elections and urge the security agencies to ensure that investigations are conducted, that all perpetrators of these anti-democratic acts are prosecuted and brought to justice  with the provisions in the electoral law.

“The practice of vote-buying undermines the values, which underpin our democratic life. It reduces the privileged selection of those who steward our commonwealth through our electoral processes, as being transactional.

“We must hold to account, all who would muddy the springs from which we as a people seek to drink from collectively by such actions of bribery – both the giver and receiver,” Abubakar said.

The committee, however, congratulated the people of Ekiti State over their peaceful conduct during the election.

“We want to particularly, thank the people of Ekiti for the turnout recorded during the election, despite recent increasing levels of insecurity. Your commitment to fulfilling your civic responsibilities by casting your votes in a peaceful and orderly manner, sets an example for your compatriots in the upcoming Osun State Governorship Election and Nigeria as we move towards the general elections in 2023.

“While the elections were not devoid of hitches, we commend the efforts of all stakeholders, who have tirelessly worked either as ombudsmen or observers or participants to ensure that the elections were conducted according to the rules. These include the Independent National Electoral Commission (INEC) and security agencies for facilitating an electoral process, where people were not disenfranchised, because of their  party affiliation, gender, religious or ethnic affiliations and/or disability.

“The Media, Civil Society Organisations, and international development partners for their tireless efforts in monitoring and reporting on the process in a transparent and unbiased manner.”

Abubakar also commended the political parties and their respective candidates for yielding to the call for a peaceful election in Ekiti State by respecting the provisions of the Electoral Act as well as cooperating with the various Institutions of state saddled with their implementation.”

The Committee further urged the winner of the election, Mr. Biodun Abayomi Oyebanji of the All Progressives Congress (APC), to be magnanimous in victory by collaborating with the citizens of Ekiti State, especially, his co-contestants, in the governance process of the state for the benefit of Ekiti sons and daughters, both home and abroad.