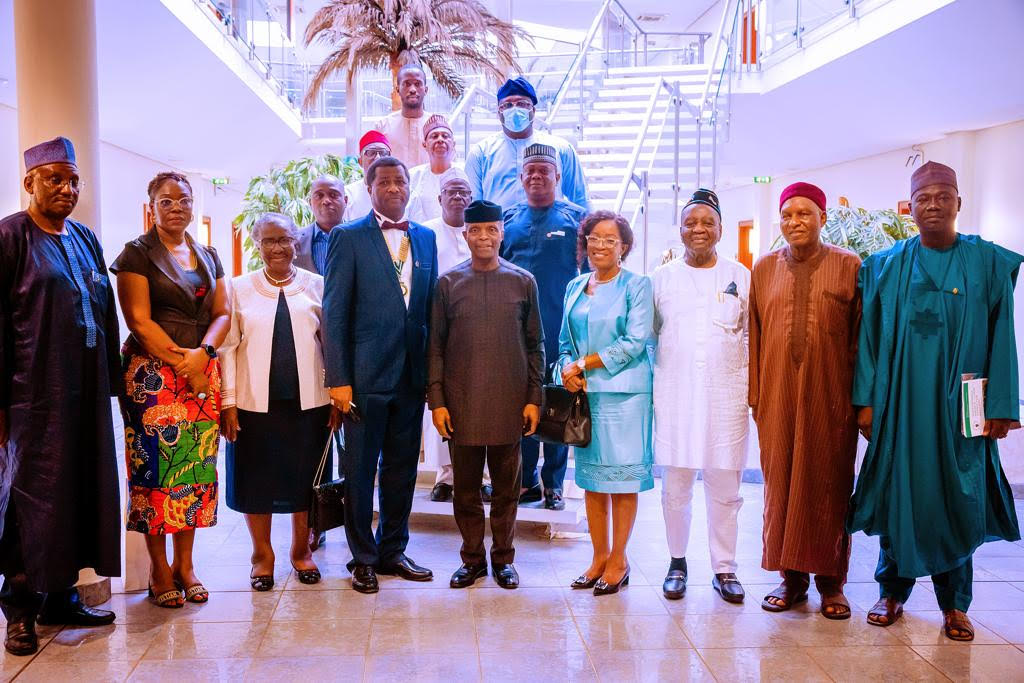 Vice President Yemi Osinbajo has stressed the need for professionals like architects to play active roles in the execution of federal government’s social housing scheme for it to impact on the people.Osinbajo stated this when he played host to the  members of the Nigerian Institute of Architects (NIA) led by its President, Enyi Ben-Eboh, at the State House, Abuja
According to a release issued Tuesday by his media assistant, Laolu Akande, the Vice President said “when we developed the Economic Sustainability Plan (ESP), it was part of our response to the COVID-19 pandemic. We were very concerned about social housing, not just as a way of providing cheap housing for the poorest among us, but also as a way of providing jobs and job opportunities. But I am not so sure we got much response from NIA.“One of the advantages of professional bodies like yours is to make it possible for a vast majority of our people to get decent housing for instance, finding the cheapest ways of building 300,000 affordable houses.”
Osinbajo further noted that “for the vast majority of Nigerians, the relevance of our professional institutions, especially when it comes to the design and building, must be felt when it comes to the basics. I certainly will like to see what sorts of contributions the NIA will make in developing policies around social housing.”
He thereafter commended the Institute for coming up with the Integrated Infrastructure Research for Development Conference as its contribution to the country’s National Development Plan, noting that situating architecture in the creative industry is apt.
The Vice President also emphasized the need for the building sector to drive the industry and its operations as much as possible, noting that “it is very important that the sector itself drives reforms, regulation and policy.”
Earlier in his remarks, President of the NIA,  Ben-Eboh, while soliciting support of the Vice President for the body, commended the Federal Government for its contribution to the growth of Nigerian professionals by the signing of Executive Order 02 in 2017.
He said: “Without doubt, Executive Order 2 laid the foundation for the gradual take-off of our nation’s envisioned industrial diversification and self-sustaining economy with 100% in-country capacity utilization and development”.
Announcing the selection of the Vice President as the grand patron of NIA’s Integrated Infrastructure Conference scheduled for October 2022, the NIA President made a presentation on the implementation guide of the Institute’s Integrated Infrastructure Research for Development Conference.