‘ECNBA Will Deliver a Credible Election for Nigerian Lawyers’ 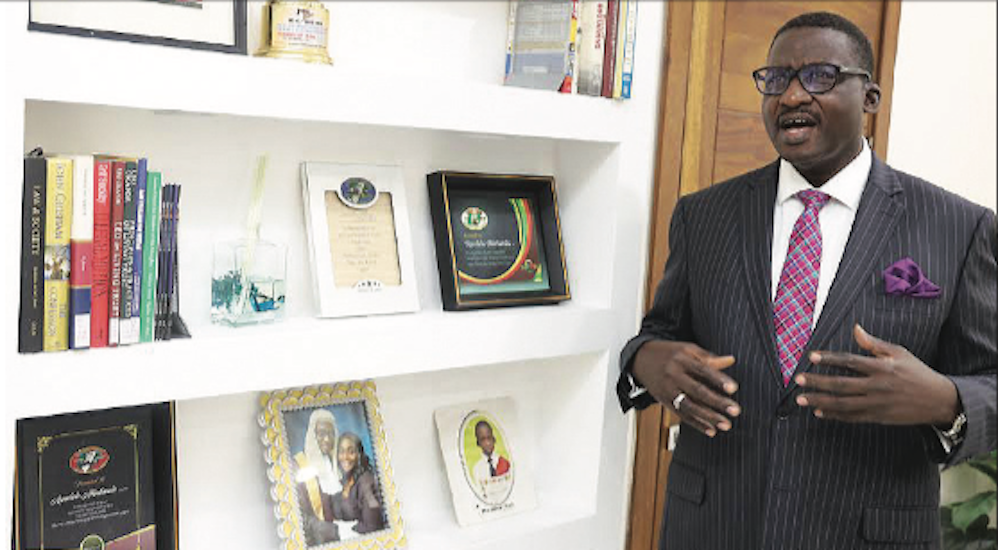 Again, Nigerian Lawyers gear up for the biennial elections, to usher in a new Exco of the Nigerian Bar Association (NBA). The previous elections had come with peculiar challenges, especially with hitches and glitches associated with e-voting. The Chairman of the 2023 Election Committee of the Nigerian Bar Association (ECNBA), Ayodele Akintunde, SAN assures Nigerian Lawyers that his Committee will deliver a free, fair, credible and controversy-free election next month, when they go polls to elect new their leaders. He also told Onikepo Braithwaite and Jude Igbanoi in a down-to-earth chat, that his Committee won’t hesitate to wield the big-stick, if any of the contestants break the rules

You are saddled with the unenviable task of midwifing the national elections of the Nigerian Bar Association (NBA) this year. Given the controversies and crisis that have trailed NBA elections since the introduction of electronic voting system, how do you intend to address these concerns by Nigerian Lawyers in this election?

Thank you very much for your question. While many see my task of midwifing the national elections of the Nigerian Bar Association (NBA) as an unenviable task, I consider it as a privilege and honour to serve the NBA in this capacity.

I was privileged in 2020, to be appointed by the President of the Nigerian Bar Association, Mr Olumide Akpata, to Chair the NBA Electoral Audit and Reform Committee which was charged with the responsibility of auditing the 2016, 2018 and 2020 elections of the NBA which were conducted by electronic voting. The Committee’s work afforded me the opportunity to understand first-hand, the various challenges that plagued previous elections conducted by electronic voting. The NBA Electoral Audit and Reform Committee made several recommendations, to address the challenges of electronic voting in these previous elections. Some of the recommendations were accepted by the NBA, and incorporated in the amended Constitution of the NBA  2015 (as amended in 2021). While some may describe my task “unenviable task”, I see it as a challenge and an opportunity to change the narrative about controversial elections, and deliver to Nigerian Lawyers a transparent, controversy-free, fair and credible election by electronic voting this year. My Committee members and I, see this task as an opportunity for Nigerian Lawyers to redeem our image, and show the whole world that the largest body of Lawyers in Africa can conduct free, fair and credible elections of our national officers successfully using technology. All hands are on deck to deliver a controversy free election for Nigerian Lawyers, and we have put everything in place to address concerns about pre-election issues, election day issues and post-election issues. The ECNBA is zeroed in to address all the past challenges, and give Nigerian Lawyers a transparent and rancour free election.

It’s just a few short weeks to the election, yet the IT company to administer the server and voting portal is yet to be made known. Is this intentional, given the fact that previous elections raised issues of fraud and compromise. In fact, some cases are still pending in court. Who is the IT provider for this election?

The IT provider plays a very key role in the success of the election, as such, we will leave no stone unturned to make sure we choose the right provider whose technology platform is very secure, robust and has the capacity to handle the number of anticipated voters in this election. The ECNBA received proposals from eminently qualified IT providers with distinct e-voting solutions; hence, we are undertaking a rigorous selection process, which is well advanced, and we will be making the announcement once we finalise the process. There has been a lot of advancement in technology over the years, and we are ensuring that the IT provider can leverage these improvements to deliver a world class election that will be the envy of other associations, and a reference point for elections by electronic voting in Nigeria.

What would you say are your biggest challenges in this crucial assignment, before and after the elections?

There are several big challenges in this crucial assignment, but none of them are insurmountable. One of the big challenges is the trust deficit in electronic voting by a few Nigerian Lawyers. They have been disappointed several times, by the controversial outcomes. As Chairman of the ECNBA, I am working with a committed team of well-respected members of the Bar, dedicated to leaving no stone unturned to deliver a controversy-free, rancour free, transparent, credible, free and fair election by electronic voting. We recognise that there will be challenges at every step, and we are dealing with them. We will continue to work assiduously to build the voters confidence from this election, going forward. I want to assure Nigerian Lawyers that, by God’s grace, we will deliver on our promise of a credible electoral process.

Another big challenge, is accurate data of Nigerian Lawyers who are qualified to vote. It is one thing to qualify to vote having paid your Bar practising fees as and when due, another thing is being able to exercise your vote. To be able to exercise your vote, your records with the NBA must be up to date, that is, your phone number and email address. Your Supreme Court Number must also be accurate. These unique credentials must be correct, to enable you get your ballot on election day and vote. The ECNBA has been sensitising members of the NBA on the need to visit the NBA portal to confirm their emails and phone numbers, or where applicable, update them to ensure that their records are up to date. Every Nigerian Lawyer who is qualified to vote, has a responsibility to help the ECNBA in this regard. The ECNBA is committed to doing all that is humanly possible to ensure that on election day, all qualified voters can vote. In offices, ministries and organisations, where Bar Practising Fees were paid in bulk on behalf of other Lawyers, you all need to promptly go to the NBA portal to check that your telephone numbers and email addresses are correct.

Another big challenge, is losers refusing to accept defeat after the announcement of election results. In any election, there will always be a winner and a loser. I remember the first time the NBA Lagos Branch conducted elections by electronic voting, I was the Chairman of the Branch’s Election Committee. Within minutes of the announcement of the results, the losing candidates congratulated the winning candidates because the election process was transparent, free, fair and credible. I hope that at the end of the 2022 elections of National Officers of the NBA, losers will congratulate winners, and together with their supporters work together for the growth and development of the Nigerian Bar Association.

Your Committee was inundated with petitions relating to the non-compliance with some sections of the NBA Constitution on rotation of the office of President. There were other petitions against some of the candidates on qualification, based on how long they had been in a particular Branch. Also, allegations of professional misconduct. How did your Committee resolve these knotty issues, if it has?

One election rule which many candidates have consistently broken, is that of visiting Branches and donating money to Branches. We have noticed this trend, even in this election. Why hasn’t the ECNBA wielded the big stick so far?

The relevant sections of the NBA Constitution on this point are Part IV (12), (13) (14), (15) and Part V (8), (9), (10) & (11). These provisions do not prohibit visits to Branches by candidates. What the NBA Constitution prohibits are publications, printing, distribution of any campaign materials, donations and philanthropic gestures, gifts, or any form of souvenirs whatsoever by a candidate or his/her supporters. Also, branches, sections, & Fora are prohibited from soliciting contributions, donations, or sponsorship from candidates, and any form of financial inducement including paying annual practising fees or Branch dues for Lawyers to curry favour from voters, or for any reason whatsoever by candidates and their supporters are prohibited.

The ECNBA does not act on speculations, nor does the ECNBA prowl around Branches, Sections, and fora in search of candidates who have violated campaign guidelines. If you are aware of any candidate that has violated these provisions, please, come forward with their names, evidence of donations made or other violations, the name of the Branches, sections or fora involved and the ECNBA will look into the matter. So far, we have received a few petitions to disqualify candidates for breach of campaign guidelines. We will follow due process in the resolution of the petitions, and publish our decision soon. We continue to urge all candidates to comply with the campaign guidelines as stipulated in the Constitution, and not exploit any perceived loopholes. Rest assured that, the ECNBA will not hesitate to wield the big stick to sanction campaign violations.

The issue of debate amongst candidates is one that most Lawyers look forward to, despite the fact that in previous elections ECNBA never properly organised these debates. When and how will your Committee have this debate, which many Lawyers see as the crucial part of the campaign?

We have just published an Electronic Magazine on the NBA and ECNBA websites, to enable Nigerian Lawyers see the Curriculum Vitae, Manifestoes and Campaign materials of all the candidates and the offices that they are vying for. The next stage is to organise debates, and we will soon roll out our timetable and schedule for the debates. We recognise that debates are crucial parts of campaigns; and rest assured that the debates will be robust, well organised and well publicised.