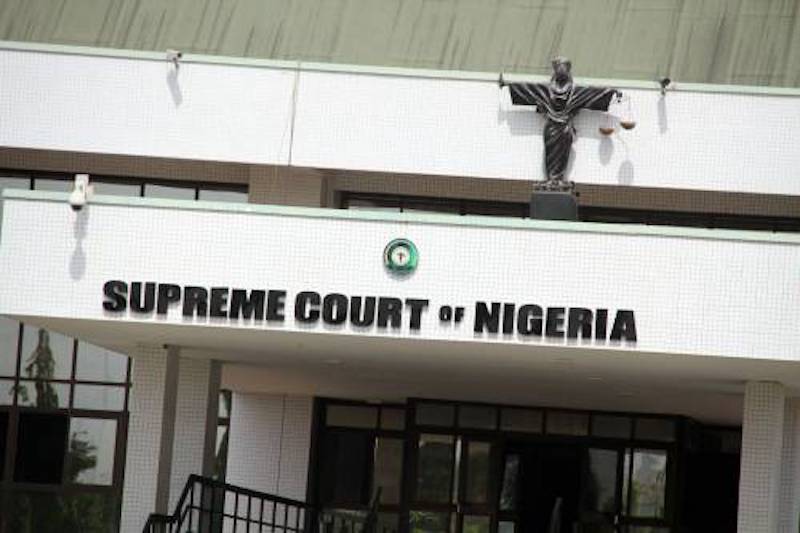 The Supreme Court has affirmed the decision of a Court of Appeal, which removed the ban on the use of Hijab in public schools in Lagos State.

The apex court in a split judgment of five-to-two, delivered yesterday in Abuja, held that the appellate court was right in its verdict nullifying and setting aside the judgment of a High Court that banned female Muslim students from wearing the Hijab (head covering veil) with their school uniforms.

In the majority judgment prepared by Justice Kudirat Kekere-Ekun but read by Justice Tijani Abubakar, the apex court subsequently dismissed the appeal brought by Lagos State for lacking in merit.

According to the majority judgment, the ban on the use of Hijab was discriminatory hence, the need to set aside the judgment of Justice Grace Onyeabo of the High Court of Lagos State, delivered in 2014, which upheld the ban.

Not satisfied with an earlier decision of the lower court, Lagos State had in an appeal marked SC/910/2016, approached the apex court to reverse the lower court’s decision.

The Court of Appeal had on July 21, 2016, set aside the judgment of Justice Onyeabo of a Lagos High Court on the grounds that the ban on the use of Hijab by female Muslim students in public schools in Lagos State was offensive.

According to the five-man panel of Justices of the appellate court led by Justice Ali Gumel, the use of Hijab was an Islamic injunction and an act of worship which did not constitute a violation of the appellants’ rights.

The panel further held that the trial court was wrong to dismiss the suit by the two12-year-old girls under the aegis of the Muslim Students Society of Nigeria, Lagos State Area Unit.

The plaintiffs/respondents had approached the High Court to challenge Lagos State’s decision to deny them the right to wear Hijab to school.

The appellate court in the judgment stated that the lower court erred in law when it held that the ban of Hijab was a policy of the Lagos State Government, who was the respondent in the case.

According to the appellate court, no circular was presented before the lower court to show that it was a policy of Lagos State adding that “he who asserts must prove”.

The court further held that if there was a policy, such policy ought to have emanated from the State House of Assembly and not the Executive Arm of the government.

Consequently, the court held that fundamental human rights of female Muslim students as enshrined in Section 38 (1) of the 1999 Constitution was violated by the Respondent.

Moreso, the appellate court dismissed an argument by Lagos State that it made an exception by allowing female Muslim students to wear Hijab during their prayers.

Aside from setting aside the lower court’s judgment, the Court of Appeal went ahead and resolved all five issues raised in favour of the appellants.

Other Justices on the five-man panel of the appellate court that heard the matter were Justices M. Fasanmi, Adamu Jauro, J.S. Ikyegh and Ifeoma Jombo-Ofor.