Adesina: China’s Role in Reversing Nigeria’s Infrastructural Deficit Will Not Be Forgotten  14 mins ago

Adesina: China’s Role in Reversing Nigeria’s Infrastructural Deficit Will Not Be Forgotten 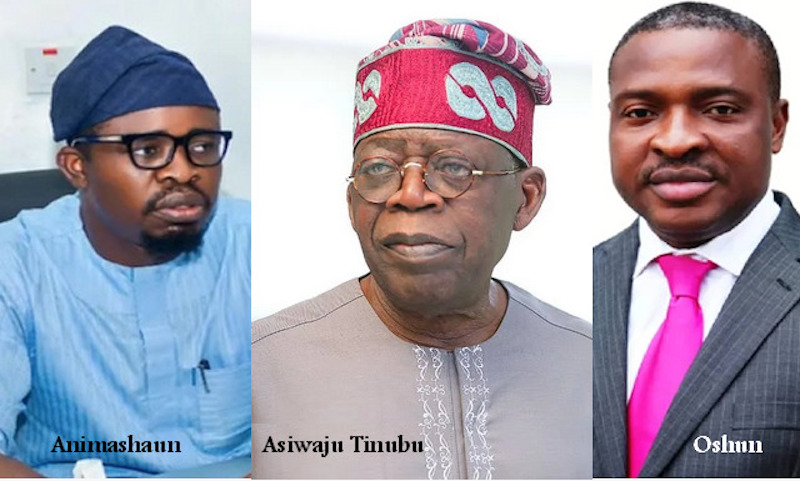 The crisis rocking the All Progressives Congress (APC) in Lagos Mainland Federal Constituency has gotten even worse as aggrieved members of the party have taken their protest to the residence of national leader, Asiwaju Bola Ahmed Tinubu.

The aggrieved party members stormed the Bourdillon, Ikoyi residence of Asiwaju Tinubu, who has emerged as APC Presidential candidate in the 2023 election, to protest what they described as a “sham” primary election which elected Hon. Lanre Oshun as the party’s House of Representatives candidate for the federal constituency.
Some days before the protest, elders and stakeholders of APC in Lagos Mainland (West) had rejected the outcome of House of Representatives primary election which produced Lanre Oshun as winner.

In a press statement, jointly signed by Baba Babs Fashina and Akibu Bankole, Chairman and Secretary respectively of Lagos Mainland West Elders Forum, had said the exercise, held on Friday, May 27, 2022 was a complete fraud.
According to the Elders Forum, the excercise suffered from substantial non-compliance with the Constitution of APC, the Electoral Act 2022 and the party’s guidelines for the conduct of primaries.

The rejection of the outcome of the primary by the Elders Forum was also sequel to the filing of an appeal by one of the leading aspirants for the ticket, Prince Akeem Animashaun, with the Primary Election Appeal Committee of the APC.

In his petition to the APC Appeal Committee, dated May 29, 2022, Animashaun had similarly described the exercise as a charade, lacking any compliance with the constitution of the party, its rules and guidelines for the conduct of primaries, and the Electoral Act 2022.

He asserted that the delegates who voted in the primary were not elected by members of the party, and were selected by a few individuals to the exclusion of other party members, in total disregard for the constitution of APC and the Electoral Act 2022.

Protesting at the residence of Asiwaju Tinubu on Tuesday, party members carried placards disowning Hon. Lanre Oshun as the party’s candidate of Lagos Mainland for the House of Representatives.

One of the protesters, who identified himself as Afolabi Ahmed of Ward I, Lagos Mainland local government, and spoke on camera said “As you see us, we are for Jagaban (Tinubu). He is our next president. He is our father. He is our leader, for long.

“But as you can see on placard (which says Oshun is not their candidate), we support the Youth Agenda. We support Prince Akeem Animashaun for Lagos Mainland Federal Constituency. Awa lo kan (It is our turn)”
The protesters alleged that there are strong indications that there is an ongoing plot to sweep under the carpet the petition of Prince Abdul Akeem Animashaun, so as to sustain the alleged sham primary that produce Hon. Lanre Oshun.

Said one of the protesters: “The koko (crux) of this matter is that the primary for the  House of representatives was not conducted in compliance with the provisions of the APC constitution and by extension the electoral Act.”
Backing up their “it is our turn” claim, one of them explained that Lagos Mainland Federal Constituency is divided into three parts, Ebute – Metta (West), Ebute –Metta (East) and Yaba, adding that it is only Ebute-Metta (West) that has not produced a House of Representatives member.

“Since 1999 till date. the House of Representatives position has been rotated between Yaba and Ebute–Metta (East). The incumbent member, Hon. Jide Jimoh, a two-term member is from Yaba. Hon. Lanre Oshun a four-term (16 years) member of the Lagos State House of Assembly is also from Yaba. Meanwhile, Ebute – Metta (West) has never been allowed to produce a candidate to represent Lagos Mainland Federal Constituency.”
They therefore appealed to Asiwaju Bola Ahmed Tinubu in the spirit of justice, equity and fairness intervene in the matter to forestall an impending crisis .