Osimhen Keeps Arsenal, Others Waiting Till After Summer Vacation 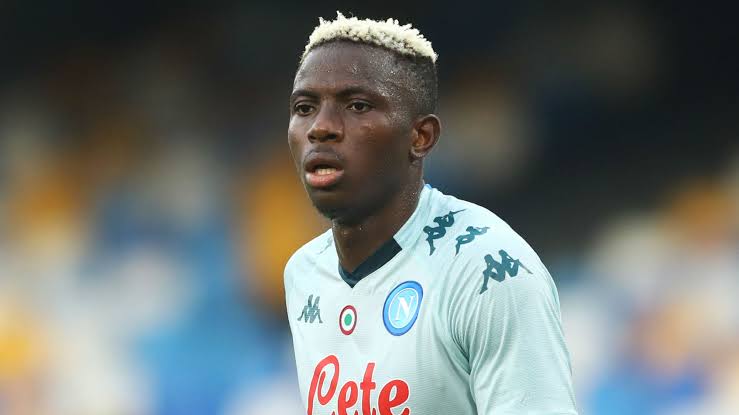 Potential suitors of Super Eagles’ forward, Victor Osimhen, 23, may have to wait a little longer for the Napoli FC goal poacher to make up his mind. This, it was learnt, may not happen now until the tail end of this summer transfer window.

The Super Eagles forward has been the toast of many top clubs in Europe including Manchester United, Real Madrid, Newcastle United and Arsenal with the London side looking more aggressive to sign the player this summer.

According to Evening Standard of London, Osimhen is not in a hurry to decide where next to pitch his tent after dumping Lille of From for Napoli in a princely sum of €72million two seasons ago.

Now, after the grueling Italian Serie A season plus actions in the Europa League with the Naples based club, Osimhen, sources revealed plans to go on with his summer vacation before he can choose between stay-back in Napoli or move into another league, preferable the English Premier League.

Italian news sources have claimed that London Gunners have made an initial £51million offer for the Nigeria star, although Napoli is asking for £85million.

The Napoli star is aiming for his first appearance in the continental football showpiece after missing the last AFCON 2021 edition in Cameroon. He will not be in action with Super Eagles at the World Cup in Qatar because Nigeria failed to qualify.

Osimhen was quoted by CalcioMercato as saying: “I know there are many people that would like me in Spain or England, but I don’t think it’s the right time to talk about it now that I’m with the national team.

“I always go out on the pitch to do my best both with the national team and with my club.

“I don’t know my future, I know anything can happen, but now I just want to go on holiday with my family, clear my head and recharge my batteries.

“Then we’ll take care of everything else,” Osimhen told reporters in Morocco shortly after he assisted Nigeria to climb to the top of Group A of the AFCON 2023 qualifiers.