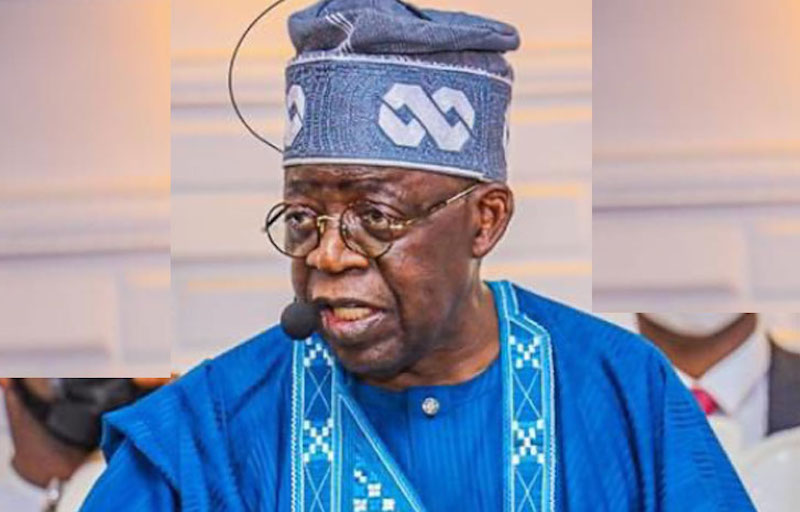 A chieftain of the ruling All Progressives Congress (APC) in Lagos State, Ambassador Abayomi Nurain Mumuni, has urged the presidential candidate of the party, Asiwaju Bola Ahmed Tinubu, to extend communication to all the aggrieved members of the defunct Congress for Progressives Change (CPC) and All Nigerian Peoples Party (ANPP).

Mumuni, in a statement in Ibadan, also advised Tinubu to reach out to all his fellow contestants in the recently held APC presidential primary election.

He noted that this was necessary in order for Tinubu to defeat the presidential candidate of the main opposition political party in the country, Peoples Democratic Party (PDP), Alhaji Atiku Abubakar,

Tinubu, a former governor of Lagos state recently won the APC presidential primary election after he scored a total of 1,271 votes, to defeat his closest challenger, former Minister of Transportation, Mr. Rotimi Amaechi, who scored 316 votes and the Vice President, Prof. Yemi Osinbajo, who scored 235 votes.

Mumuni who contested the gubernatorial election on the platform of CPC in Lagos state in 2011, in his reaction to Tinubu’s emergence, insisted that the former Lagos state governor must extend communication to the aggrieved members and those abandoned in the defunct CPC and ANPP.

The APC chieftain, also enjoined Tinubu to reach out to his fellow contestants and other relevant persons including Vice President Osinbajo.

Mumuni, in a statement, through his Media Aide, Rasheed Abubakar, declared that it will be very difficult for Tinubu to defeat Atiku in 2023 if he (Tinubu) failed to reach out to the aggrieved and abandoned CPC and ANPP members, adding that it will also be difficult for him to defeat Atiku if he failed to reach out to other APC presidential aspirants like Osinbajo, Amaechi, and others.

He added that for Tinubu to win the election in 2023, he must find ways of meeting the aggrieved members of CPC and ANPP, and reach out to other contestants before the election.

Mumuni while congratulating Tinubu over his victory, however cautioned that he cannot win the election without the support of the other co-contestants.

The APC chieftain who added that Tinubu needs Osinbajo to win more vote from his constituency, insisted that the former Lagos state governor cannot do it alone, stating that with Atiku Abubakar as PDP candidate, it is not going to be an easy ride for Tinubu.

According to him, “I have identified what the presidential flag bearer of the APC, Asiwaju Bola Ahmed Tinubu, needs to do to beat his leading challenger in the opposition Peoples Democratic Party (PDP), Alhaji Atiku Abubakar, in the forthcoming 2023 general election.

“I congratulate Asiwaju Bola Ahmed Tinubu on his well deserved victory at the presidential primary of our great party, the All Progressives Congress. For us who have been monitoring his political sojourn for a long time, Asiwaju has once again demonstrated his capacity and mastery of the game in the concluded primary.

“I can only advise the Jagaban to extend the olive branch to political actors that contested the primary with him in order to defeat the political warlord, Atiku. Now that the primary election is over, Asiwaju Tinubu must reach out to his fellow contestants and other relevant persons including the Vice President. Asiwaju needs Osinbajo to win more vote from his constituency. He cannot do it alone. He actually needs others to defeat his rival, who is also a political veteran.

“Extending communication to the aggrieved members and those abandoned in the defunct CPC and ANPP is also sacrosanct, for them to see reason in working with him. Politics, they say, is a game of number.

“With Atiku Abubakar, it’s definitely not going to be an easy ride for Asiwaju. He needs to also get it right in terms of choosing a running mate. Considering the Northern politics, Asiwaju will need to extend his consultations beyond party politics for him to arrive at a formidable running mate with substance. The 2023 general election is going to be another watershed in the history of our nation. I wish our party resounding success.”