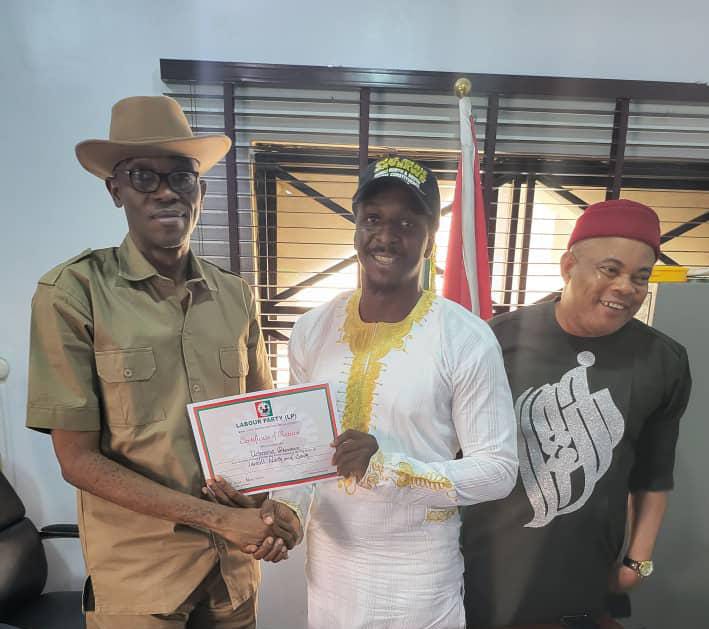 Hon Uche Okonkwo has been elected as the House of Representatives candidate of Idemili North/South Federal Constituency of Labour Party.

With Okonkwo emergence as Labour Party House of Representatives candidate of Idemili North/South, the party may have received more boost.

Okonkwo had resigned his membership of All Progressives Grand Alliance following the irregularities that marred the just concluded APGA primary election of Idemili North and South Federal Constituency.

Okonkwo in a letter to the APGA Chairman, Ojoto Ward dated May 28, 2022, informed the party of his desire to leave the party. According to Okonkw “this is to inform the All Progressive Grand Alliance (APGA) of the withdrawal of my membership from APGA.

“I want to use this opportunity to thank you and members of the party in the ward for their support of my aspiration to represent Idemili North and South Federal Constituency in the House of Representatives.

Citing reasons for his withdrawal from APGA, Okonkwo accused the party at the state of failing to play by the rules in the just concluded primary election thereby, scuttling his desire to serve the good people of Idemili North and South Federal Constituency.

“I therefore, decided not to take APGA to court but rather to chart a new course in my bid to effectively represent the good people of Idemili North/South Federal Constituency in the House of Representatives,” Okonkwo said.

Labour Party is no doubt, a party to beat in 2023 general election. Labour Party is platform built on the ideology of social democracy with the aim to promote and defend social democratic principles and ideals for the purpose of achieving social justice, progress and unity.