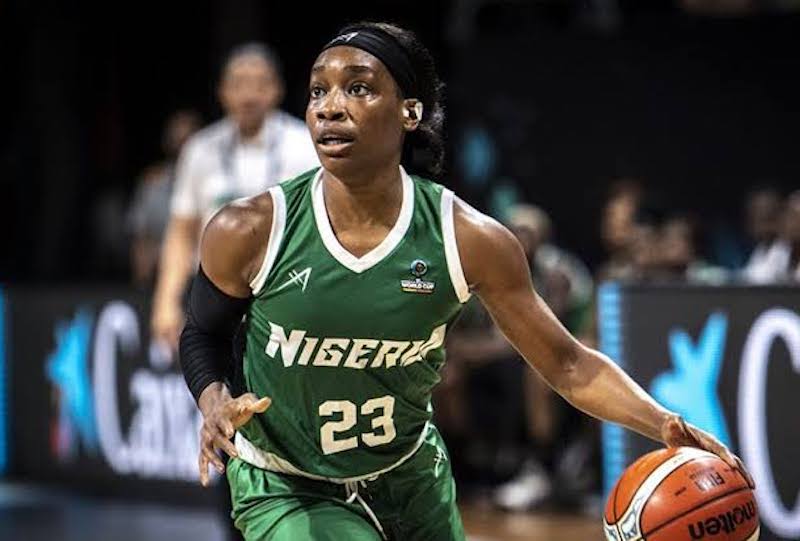 *Ezinne Kalu quits, says: “I don’t think I will ever wear the green and white again”

A statement issued by FIBA and  released in Mies, Switzerland on Thursday, confirmed that  it was inviting Mali to replace Nigeria in view of its position as the next ranked team from Group B of the qualifiers in Serbia.

The replacement of D’Tigress with Mali is the fallout of  Nigeria’s withdrawal from all basketball events for the next two years as announced by the Federal Ministry of Youth and Sports Development (FMY&SD) last month.

The ministry said its decision is with the approval of President Muhammadu Buhari.

Apart from citing the protracted crisis in the NBBF that has led to two boards led by Ahmadu Musa Kida and Igoche Mark fighting over the leadership of basketball in the country, the FMY&SD insisted that the interim Management Committee it put in place to run the sport is to reinvigorate basketball from the grassroots.

The move by the FG to withdraw the country from global basketball was roundly condemned by stakeholders in the sport who insisted that by the time Nigeria returns after the two-year self-inflicted exile, the world would have left us far behind.

Although FIBA has not pronounced any sanction for Nigeria’s action yet, it however made it clear in the statement yesterday that “FIBA will announce whether there will be any other decisions related to the NBBF’s participation in other FIBA competitions and any potential disciplinary measures in due course.”

Qualifiers for the men and women’s basketball events of the next 2024 Olympic Games in Paris are due soon with Nigerian teams likely to be excluded.

The D’Tigers and D’Tigress were the first male and female teams from an African country to represent the continent at the same Games.

While the women’s team have won the Afrobasket in three consecutive times, the men have done it twice and have a silver from the last edition.

19th edition of FIBA’s premier international World Cup tournament for women’s national basketball teams, will be held in Sydney, Australia between 22 September and 1 October 2022. The United States are the three-time defending champions.

Meanwhile, Nigerian women basketball superstar, Ezinne Kalu, yesterday on Twitter bid goodbye to Nigeria’s green and white jerseys yesterday as her own way of reacting to the self -exile from the game

The 29-year old American-born Nigerian basketball player for Landerneau Bretagne Basket Club point guard who was in the  2017, 2019 and 2021 Afrobasket  victorious D’Tigress tweeted  her frustration thus: “I don’t think I will ever wear the green and white again”.

Ezinne Kalu did not take the news well and unofficially announced her retirement from the national team in response, making her the first D’Tigress player to publicly react to the latest development.