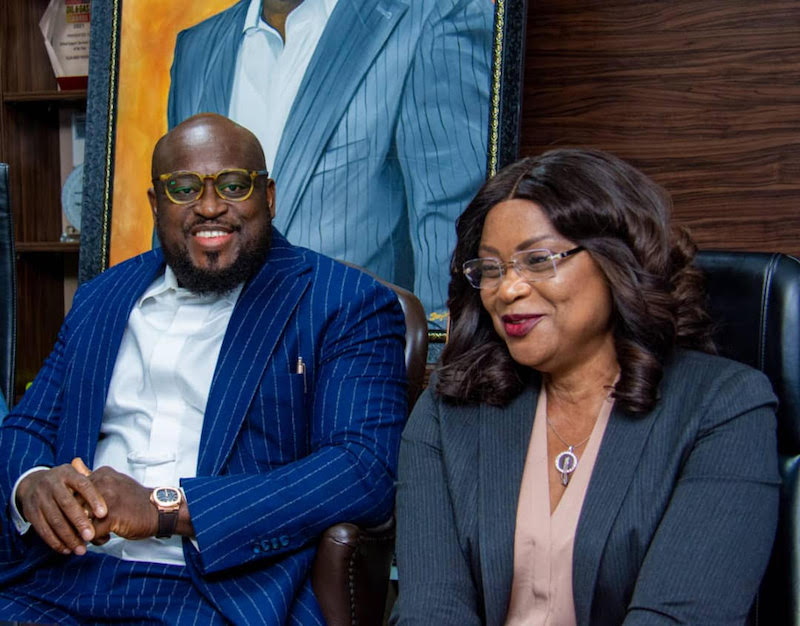 The Chief Executive Officer of Tulcan Energy Resources, Mr. Tayo Adiatu, said Monday at the company’s corporate headquarters in Lagos that, the company will continue to sponsor the Nigeria Women Football League Premiership Super Six for as long as the competition remains as part of the company’s support and development of the Girl-Child in Nigeria.

Adiatu gave this assurance when the Chairperson of the Nigeria Women Football League and board member of the Nigeria Football Federation, Mrs. Aisha Falode, paid him and management staff of the company a thank-you-visit as official sponsors of the just concluded NWFL Super Six in Benin City.

Falode, said, the NWFL management team came to pay Tulcan Energy Resources CEO and other management team members a thank you visit for making the 2021/2022 Super Six a huge success.

“We were happy to have the resources needed, the corporate support and funding to host a very successful Super Six, first time in the history of women’s football in Nigeria,” observed the NWFL chairperson.

The Tulcan Chief Executive Officer, expressed the çompany’s excitement to receive Mrs. Falode and her team members to their office.

“I congratulate you for a very successful Super Six, and not just that, the quality of branding was second to none at the stadium, the calibre of presentation by the teams, the organisation, the stadium, the fans, facilities, officials and the media that covered the event were of international standard. It was a wake up call.

“The tournament became bigger than what we expected in the sense that the women’s football  league despite it’s recognition in Nigeria, has not benefitted from the support of the populace at large.

“However, when the opportunity was actually presented to us to sponsor the Super Six, we saw it as a huge opportunity to promote the female gender and women sports. We are happy about the successes of the Super Six. I hope the subsequent editions will produce more successes under Tulcan Energy Resources support.”

Adiatu added: “A lot should be said about the passion and  commitment to the Super Six by the NWFL Chairperson, Aisha Falode. I was impressed with the level of organisation of the Super Six, the level of media coverage and the facilities put in place in Benin City. I was really impressed. I won’t do justice to all these without the mention and recognition of the Tulcan Energy Resources’ Chief Financial Officer, Mr. Leye Adeyinka, for supporting and approving the funds for the project when it was presented to us for sponsorship.

“We as a company recognise both genders. The world at large has always given prominence to the male gender, but in our organization, Tulcan Energy Resources, we give due recognition to the female gender. Reason we embraced the Nigeria Women Football League Premiership Super Six and women’s football generally in Nigeria.

“All over the world, football is like a religion, but you discover that male football has gained a lot of momentum than women football, maybe because women football arrived much later. We track this back to Nigeria where only men’s football enjoy all the top sponsorship compared to the women’s.

The Tulcan Energy Resources boss noted that: “Success they say is a journey, and when you don’t start, you don’t complete. We have started with the sponsorship of the NWFL Premiership Super Six, we won’t abandon it.

“And going by the quality of the just concluded Super Six, I will say we are on a journey with the Nigeria Women Football League Super Six especially. We will continue with our sponsorship, we won’t abandon it. As a company, we are not here for a short stint.

“Coincidentally, Tulcan Energy Resources will be 10 years old in June this year, so part of our corporate services is to see how we can support not just the Nigerian government, but also the citizens of the country. Charity they say begins at home, for us we have embraced the Nigeria Women Football League Premiership Super Six.