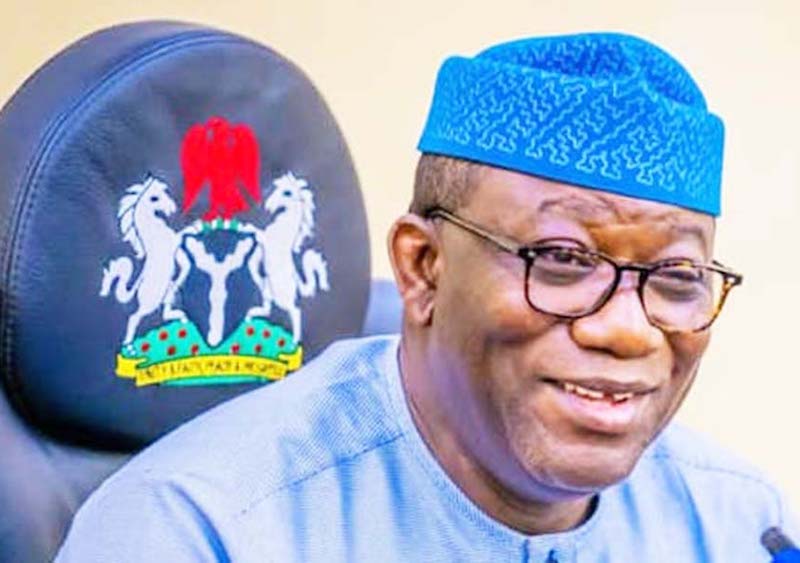 In the next few days the ruling All Progressives Congress (APC) will hold its special convention to elect the party’s flag-bearer for the presidential election next year. It is a weighty decision to make for the delegates who must decide whether Nigeria will move forward with new ideas on a new paradigm or remain with the jaded past that has produced the problems we face today as a nation.

The party has a rich array of aspirants for the election, but the ticket must neither be treated as a lottery to be given to just anyone who can tell a fancy story or an object in an auction for the highest bidder. It must be taken as a sacred mandate to sell the APC to Nigerians as a viable vehicle for the continued reformation and development of Nigeria. The party must resist the urge to see itself in the mould of a parastatal given to the same staid outlook of traditional Nigerian politics. It must interrogate the competing visions of the aspirants, where they have clearly made their positions known and make a choice for the betterment of the nation.

Those essentially are the positions of Governor Kayode Fayemi, one of the leading presidential aspirants for the APC’s ticket who has continued to receive endorsements from party stakeholders. Dr Fayemi who holds a PhD in War Studies and has done great work in civil society organisations, academia and journalism, easily needs no introduction. He was the director of research in the 2014 APC presidential campaign that delivered the presidency to the party in 2015. He is a two-term governor of Ekiti State and was Minister of Mines between 2015 and 2018. He is, if you may, a dye in the wool progressive. And as he made his campaigns across the country, the governor was not shy to speak of his progressive credentials and why the party should have him as its candidate. His work in unifying and leading the Nigeria Governors Forum (NGF) at a time of deep ethnic, religious and political divisions has been praised across the country.

His pacifist, unifying and positive message contrasts sharply with those of the other aspirants who have whipped up sentiments to demonize one another. In Osogbo, he told the delegates not to be worried about the perception that contestants from the South-west were at each other’s throats: “We are sons and daughters of Oodua, and our values remain constant. We are leaders in the progressive movement, no one is not eminently qualified right from our leader, Bola Tinubu, the VP, Professor Yemi Osinbajo or Senator Ibikunle Amosun even Reverend Tunde Bakare…we are driven by the same beliefs, passion and commitment to improving the condition of our people, that is what is driving us.”He has said repeatedly that his being in the race is not to fulfil an ambition for the sake of it but based on his clear appreciation of where Nigeria needs to go and what the country needs to do to achieve greatness. To him, the contest is not about ambition or acrimony with other aspirants but about marketing their competing visions for the country to delegates.

This clear-headed communication has won Fayemi support from members of the party across the country who see in him a man who can unite the party going into the presidential election and paint a new picture of the APC as a party poised to right the wrongs in the country. It has even won Fayemi endorsements from opposition politicians who see in him a unifying figure with his head on his shoulders.

Receiving Dr Fayemi’s campaign train in Gombe State, Governor Inuwa Yahaya said: “Fayemi has widely acknowledged experience, energy capacity, and deep knowledge. These are the qualities we need at this critical moment in Nigeria. My brother Fayemi, you have our support because we are convinced that Nigeria needs you. I have been encouraged by your consensus-building capabilities and I personally encouraged you to step out for the big job and I am happy that you have taken up the challenge”. In Niger State, Governor Sani Bello who described Dr Fayemi as a friend of Niger State who has visited several times before the campaign, said of his bid for the presidency: “In fact, if I have my way I will appoint you as the next President after President Muhammadu Buhari.”

The same message of endorsement came from the southeast where Governor Hope Uzodinma again mentioned Fayemi’s capacity, openness and management acumen as factors that favour him. He said: “His management of affairs of the NGF is a classic testimony to his renowned man-management acumen. He is a terrific team player, consensus-builder, and brilliant leader. The conviction behind his words provokes you to want to listen more to the wisdom in his thoughts.”

To Senator Ayo Arise: “when you talk of experience, Dr Kayode Fayemi has been governor of Ekiti State twice, he has been the Minister of Solid Minerals. We can see the changes that he made when he was in the solid minerals sector. So, in terms of federal position, state position, he has served at the top executive management level but he has never been president. In the last two, three years, he has been the Chairman of the Nigerian Governors Forum; he has been exposed to all the problems and the challenges each and every governor is facing and he understands the problems of the grassroots through these interactions with his colleagues as well. I know he is capable.”

Indeed, the Fayemi campaign has powered on the fact that what Nigeria needs now is someone who has the knowledge base, intelligence, compassion, empathy and presence of mind to appreciate the sensibilities and decisions that need to be made. Helped by his training in Peace and War studies, Fayemi stands head and shoulders above the crowd of  aspirants in the party and certainly over the candidates bandied about by other parties, Sen. Shuaib Lawal, the Director-General, Kayode Fayemi Presidential Campaign Organisation, says.

According to him, Nigeria neither needs a demagogue nor a divider. It needs a person who can reach across political and social boundaries, win the confidence of everyone, build consensus and rebuild the country. Lawal said:“The next president must have capacity, education, intellect, wide network and courage for the country to move forward in the right direction. Our military, economic, religious and cultural disunity means we must not put a neophyte in power.”

As one APC youth leader said last week on the sidelines of a Fayemi campaign, “apart from  insecurity, Nigeria is faced with an economic crisis. We have a deep crisis of unemployment. Beyond the statements of what every aspirant will do which is in their agenda, times like this need people who can think creatively and realistically and give people a sense of purpose and belonging. Someone like Governor Kayode Fayemi.”

Even opposition politicians acknowledge Fayemi’s capacity to lead. Receiving Fayemi who was in Benue State to see APC delegates, State Governor Samuel Ortom of the opposition Peoples Democratic Party said: “It is painful that we are no longer in the same party because the cohesion you have brought to the affairs of the Nigeria Governors Forum (NGF) is what Nigeria needs now. You are a fantastic team leader, team player, just and fair minded. I am sure that with you in the saddle, the future is great for Nigeria.”

APC National Youth Leader Dayo Israel also acknowledged the candidate’s youth-friendly disposition, saying that: “We salute you, Mr. Governor for walking-the-talk. We are proud of you. We thank you for pushing young people to the top in your government.”

Fayemi’s appeal is his knowledge, training, calm, comportment and his capacity to reach across the aisle of the political divide that challenges Nigeria’s unity. Campaigning in the southeast, he said: “To get out of the woods, our nation must heal wounds, ensure inclusiveness and foist an administration that gives everybody a sense of belonging that will encourage our brothers and sisters in the south-east unleash the inner kinetic energy inherent in them for the greatness of the greater Nigeria Nation instead of engendering in them the urge to quit the union.” It is such clear-headed and sincere communication that makes Dr Fayemi a compelling choice for the APC and for Nigeria, after President Buhari.