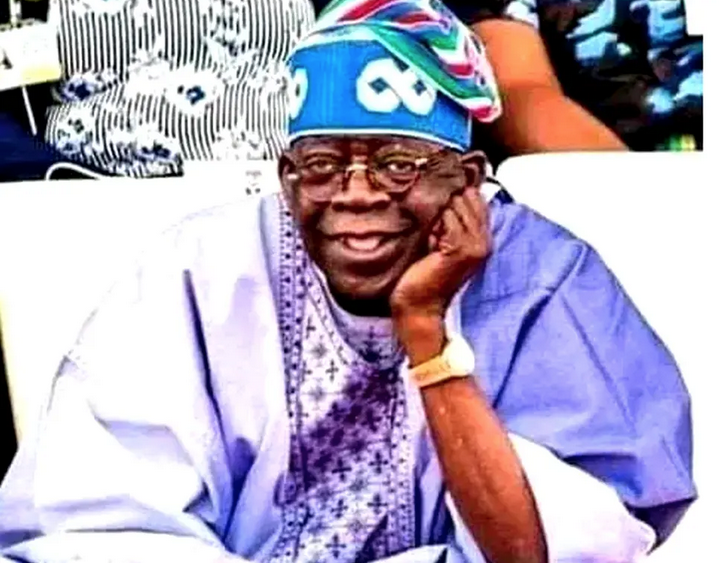 Despite the determination of the National Leader of the All Progressives Congress, Senator Bola Tinubu, to test his popularity among members of the party in a presidential primary in line with democratic norms, the leadership of the ruling party has continued subtle plots to scheme him out of the presidential race, Ejiofor Alike reports

The Independent National Electoral Commission (INEC) on Friday bowed to pressure from political parties seeking the extension of the June 3 deadline for the conduct of the outstanding primary elections by approving an additional six days extension. Before the electoral umpire extended the deadline, it had rejected the initial request by the parties for the extension. Different political parties had requested for the extension for different reasons. For, the All Progressives Congress (APC), the request for the extension was believed to be part of the unending plots to truncate the presidential ambition of the National Leader of the party, Senator Bola Tinubu, by drafting former President Goodluck Jonathan into the race. The former president was believed to have submitted his presidential nomination and Expression of Interest (EoI) forms direct to the National Chairman of the party, Senator Adamu Abdullahi.

The ruling APC showed early signs of cracks among its leaders when a former Governor of Kwara State, Dr. Bukola Saraki fought the faction of the party loyal to Tinubu to emerge as the Senate President in 2015.

Before the emergence of the former Kwara State governor, Tinubu’s loyalists and a section of Chief Odigie Oyegun-led leadership of the party had anointed the current President of the Senate, Dr. Ahmad Lawan as the party’s preferred choice.

But in deft moves that shocked these stakeholders, Saraki used his popularity among the Senators of the Peoples Democratic Party (PDP), his former party, to defeat Lawan. The obvious show of lack of interest in whoever would emerge as the Senate President by President Muhammadu Buhari and the apparent lack of personal commitment of Oyegun in the Lawan project had apparently contributed largely to Saraki’s victory.

No sooner did Saraki emerge than the APC leaders started a supremacy war that landed Saraki in the dock on corruption charges. At this point, forces loyal to Tinubu aligned with the Presidency and a section of the party’s leadership to fight Saraki. The entire leadership of the party later joined in the plots against Saraki when a former Governor of Edo State, Comrade Adams Oshiomhole, a strong ally of Tinubu, replaced Oyegun as the National Chairman of APC. It took the political sagacity of the former Kwara State governor to survive the plots against him.

Saraki, not only successfully completed his four-year tenure but also escaped conviction by both the Code of Conduct Tribunal (CCT) and the courts. He, however, lost his re-election bid in 2019 general election.

With Saraki out of the way, the party, under Oshiomhole, successfully installed Lawan as the Senate President after the 2019 general election. The bond between the Oshiomhole-led leadership of the party and Tinubu also became very strong to the discomfort of many governors, Presidency officials, ministers and other leaders of the party who had an eye on the Presidency ahead of 2023.

These leaders, some of whom were Tinubu’s former allies, knew that the former Lagos State governor also had an eye on 2023 presidency. His closeness to Oshiomhole fuelled a fresh plot against the Oshiomhole-led National Working Committee (NWC) of the APC, largely dominated by Tinubu’s loyalists.

Oshiomhole’s alleged high-handedness in handling the party’s affairs also contributed to the plot. The anti-Oshiomhole and anti-Tinubu forces had their way in June 2020 when the party, in a controversial virtual meeting of its National Executive Committee (NEC), sacked the NWC and appointed a caretaker committee for the party. The caretaker committee was led by the Yobe State Governor, Mai-Mala Buni, with a former senator, John Akpanudoedehe, as secretary.

On assumption of office, the Buni-led caretaker committee, whose tenure was supposed to last for six months, extended its tenure repeatedly in an apparent move to design fresh strategies to clip Tinubu’s wings ahead of 2023. In a bid to ensure that Tinubu’s men did not dominate the incoming NWC of the party, Buni and his team shifted the National Convention of the party several times.

Many political analysts believed that if APC had done National Convention when they were supposed to do it, Tinubu’s loyalists would have clinched all the important positions. Many also believed that if APC had since conducted an open and competitive primary, without any interference by other forces, Tinubu would have since emerged as the presidential candidate of the party. But Buni and his committee were believed to have delayed National Convention longer than necessary just to stop Tinubu. There were strong speculations that his committee was appointed to take over the party in the first place just to truncate the ambition of the Jagaban of Borgu Kingdom.

At a point, Buni and his committee had to visit former President  Jonathan to woo him during his birthday in 2020. Many analysts saw the visit as part of the game to stop Tinubu and also ensure that power returns to the North after the next four years. When the National Convention was finally held on March 26, these forces also made sure that Tinubu’s allies were denied sensitive positions.

Tinubu, as a political strategist, who always thinks ahead of his opponents, was suspected to have supported all the leading chairmanship aspirants of the party. Some stakeholders in the party believed that the former Governor of Nasarawa State, Senator Umaru Tanko Al-Makura would have emerged as the chairman of the party in the March 26 convention because he was very close to Buhari and was the only governor in Buhari’s defunct Congress for Progressive Change (CPC). But when Buhari’s handlers saw Tinubu’s alleged hands in Al-Makura’s ambition, they settled for another former Governor of Nasarawa State, Senator Adamu, who left PDP only in 2014. Interestingly, both were serving senators.

Adamu was not originally in the APC national chairmanship race. He was doing his work as chairman of APC reconciliation committee when other aspirants were embarking on nationwide consultations. However, Adamu, who was believed not to be an associate of Tinubu, was drafted into the race at the last-minute and anointed as consensus candidate, as part of the plots to whittle down Tinubu’s towering influence and popularity in the party.

Tinubu’s loyalists believed that some of the nine guidelines imposed on the APC aspirants in the form of code of conduct, including the signing of voluntary withdrawal form were also among the fresh strategies by the Adamu-led leadership to facilitate the emergence of an imposed consensus candidate.

The failed attempt to draft the President of the African Development Bank (AfDB), Dr. Akinwumi Adesina, into the race and the ongoing secret move to lure Jonathan into the race were also believed to be part of the anti-Tinubu plots. Other plots against the former Lagos State governor include the repeated extension of sale of APC presidential forms, shifting of the screening of presidential candidates and INEC’s extension of deadline for the remaining primaries, which many believe will pave way for Jonathan’s entry into the race.

Many stakeholders in APC believe that Tinubu will emerge victorious in any open, free, and fair presidential primary but the leadership of the ruling party is determined to stop him. However, it is doubtful if the ruling party can successfully stop him without suffering collateral damage.