NIPROPTECH 22 Presents Situation of PropTech in Africa 2 mins ago

Still Mired in the Energy Trap 3 mins ago 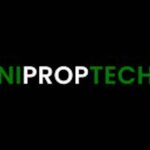 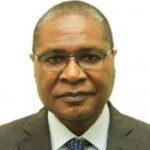 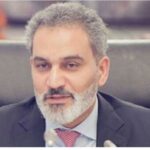 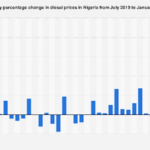 Still Mired in the Energy Trap

It is exactly three years down the lane, taking stocks of the focus and qualitative governance that has berthed in Ogun State under the leadership of Prince Dapo Abiodun, fifth democratically elected governor of the Gateway State.

Three years under review, marked with a shower of kudos and encomiums on the administration for the unprecedented and exemplary leadership in the Gateway state, thus making it a ‘numero uno’ among the comity of states. Upon assumption of office on May 29, 2019, the administration inherited collapsed and structural deficit in governance that resulted in huge debt profile, near empty treasury, low morale in the workforce of the state government, piles of abandoned and uncompleted projects, empty promises, marginalization, distrust, vindictiveness, personalisation of governance like a family estate, amongst others.

Upon hitting the ground running, hinged on his administrative ingenuity, Abiodun hasn’t been missing in action, with the implementation of lofty projects and programmes predicated on five developmental pillars of Infrastructure, Social Welfare and Wellbeing, Education and human development, Youth Empowerment and Agriculture (ISEYA).

While underscoring the contributions of the state workforce in the smooth running of the day-to-day administration of governance, Abiodun understood that it took motivation to earn the trust and confidence in the civil and public servants to put in their best to achieve optimal results. Barely a week into office, he entered into a social contract with the workers, and pledged the commitment of his administration in the payment of wages and salaries, (with or without Joint Allocation Account Committee or Federal Allocation Account Committee), as and when due, a development he has sustained its tempo till date. However, the least junior worker goes home with N30,500 as wages every month. Also, in appreciating the genuine and pragmatic efforts of the retired civil and public servants who had contributed significantly to the promotion of the service, the administration has committed N500 million on a quarterly basis, beginning from 2021, out of the outstanding the immediate past administration owed pensioners.  So far, the administration has paid N2.5 billion to redeem its pledges.

In furtherance of boosting the morale of the workforce, the government has released the promotion letters to all categories of workers covering both 2018 and 2019 exercises. Also, it has reviewed upwardly the budgetary allocation for car refurbishment and motorcycle loans for both junior and senior civil servants, from N100,000 to N200,000 and N40,000 to N80,000 respectively.

By and large, in keeping faith with a vision which is predicated on “a focused and qualitative governance, while creating an enabling environment for a public-private sector partnership which is fundamental to the economic growth of the state and individual prosperity”, the first major pre-occupation of the administration was the speedy completion of all the inherited abandoned and uncompleted road projects spread across the three senatorial districts from the immediate past administration.

Thereafter, it embarked on the construction and reconstruction of new road projects that are of economic benefits to the growth and development of the state. To date, 80 major roads and 120 others have either been constructed and reconstructed or rehabilitated which account for 661.76 km and 99.125 km completed projects, while a total of 562.63 km are still ongoing across the three senatorial districts. Besides, the administration has completed the reconstruction of all the inherited abandoned flyovers spread across the state.

Health is wealth, Governor Abiodun took up the gauntlet, a week after his assumption of office in 2019, directed the immediate rehabilitation of the state-owned Olabisi Onabanjo University Teaching Hospital (OOUTH), Sagamu which was at the verge of collapse, with the procurement of the state-of-the-art medical equipment, construction of new blocks and employment of well over 150 medical personnel, cutting across all the cadres to complement the efficient and effective delivery of service. Not left out, he directed the renovation and equipping of selected Primary Healthcare Centres (PHCs) across the 20 local governments, procurement of drugs and laboratory reagents and upgrading and increasing the fleet of Ambulance and Emergency Services from the inherited four vehicles to 26 in two years. Also, the administration disbursed N100 million for the implementation of the Universal Health Insurance Scheme in the informal sector.

Agriculture has taken a centre-stage in the administration’s drive towards producing abundantly for both local consumption and export in order to meeting up with food security. It is the major thrust of the administration’s revolution in guaranteeing food security and employment generations for the unemployed teeming youths. Thus, the administration has supported 9,048 farmers with improved production of inputs for rice and cassava in eight participating local government areas of the state; and training of 6,812 farmers in good Agronomic practices in cassava and rice; strengthening of Ogun State Agricultural Linkage Programmes for job creation, with well over 85,000 registered interests from farmers. Others include 4,565 farmers who benefited from the Central Bank of Nigeria (CBN)/Ogun State Anchor Borrowers Programme in linked inputs and credit worth N959 million in the cassava value chain, while 1,081 beneficiaries were linked to inputs and credit of over N243 million in the rice value chain.

The administration has made the fight against youth unemployment feature prominently in its developmental pillars. Various programmes have been put in place to empower the youths, vulnerable and women; one of such was the launch of the Job Portal in the state, shortly after it assumed office in 2019. So far, no fewer than 150,000 youths have benefitted from the scheme, since inception. Another human capacity development which is ‘Oko Owo Dapo’ is technology-driven to enable the government empower 2000 market women with loans to support their businesses in order to reduce poverty.

Though, despite the lip service the immediate past administration paid to the education sector which impacted negatively to the dwindling performance of the students who sat for the Ordinary Level West African School Council Examination (WASCE) in the recent past, it is a cheery news that the present administration has bailed out the sector with its declaration of an emergency on the sector and reclaimed its status as the educational capital of Nigeria.

The administration has recruited no fewer than 7,000 teachers in both public primary and secondary schools, while each block of classrooms has been renovated in all the 236 wards across the state.

Also, a handful of the Model Colleges which were built in remote locations, without recourse to their benefits by the immediate past administration have been converted to Technical Colleges. The essence is to foster innovation, capacity development, employment and entrepreneurship.

Housing is also a key player in the administration’s resolve and commitment in the pursuit ‘For Housing For All’. With its focus on multiple Low Cost, Medium and Commercial Housing Units, the administration, in keeping faith with its electoral promises, has delivered more than 1,500 housing units located in Kemta Phase 1 and 2 and Kobape, both in Abeokuta (Ogun Central), Sagamu (Ogun East) and Ota and Ilaro (Ogun West).

Security of lives and property is the primary responsibility of every government. It is an integral part of the prosperity and growth of any society. As a result, Governor Abiodun has lived up to his responsibility with the procurement of crime-fighting equipment through the State Security Trust Fund. These equipment include, well over 300 operational vehicles, 200 powered-bikes, two Armoured Personnel Carriers (APCs) kits, communication gadgets and other accoutrements donated to the police, Army, Department of State Services (DSS), Nigerian Security and Civil Defence Corps (NSCDC), Nigeria Immigration Service (NIS), Western Security Network code-named, Amotekun, and other sister agencies.

Transportation has received a boost. The administration has developed a workable transport master plan for the state and subsequently, with the launch of a Gateway Bus Pilot Scheme. The buses were fitted with WiFi, which passengers could use on the go. The government has seeded N20 billion in the transportation system, so as to provide efficient, affordable and comfortable means of moving commuters from place to another.

The latest novelty in the array of the lofty projects is the Ogun Agro-Cargo Airport which is nearing completion. The project, located at Ilishan-Remo in Ogun East District, is expected to generate 5,000 jobs. The aerotropolis is a centrally located world class airport city that is designed to stimulate economic development through the provision of passenger and cargo services needed to support Nigeria’s emerging economy.

Information, communication and technology are other strategic initiative that the administration has initiated and implemented. Digital transformation is an overarching strategic focus of the state. This would enhance deployment of technology across various smart city initiatives. Ogun State TechHub is a fully operational technology nucleus that will metamorphose into successful implementation of numerous digital initiatives. The essence is to position the state as one of the top digital economies in the country and West Africa. Currently, there is one operational State TechHub.

Not losing sight of the administration’s mantra, “Building Our Future Together”, Governor Abiodun sees the entire state as a family unit while taking cognizance of the mandate of ensuring an even, fair, just and equitable development of all the parts of the state; that no part of the state will be developed at the expense of others.

With the driving force “to give Ogun state focused and qualitative governance and create an enabling environment for a public-private partnership (PPP) which is fundamental to achieving sustainable economic development and individual prosperity”, the administration is cashing on the potentials abound, because of its proximity to Lagos which is the fifth largest economy in Africa to promoting the state in making it the fastest growing economy in Nigeria and also maximize the potential of every citizen.