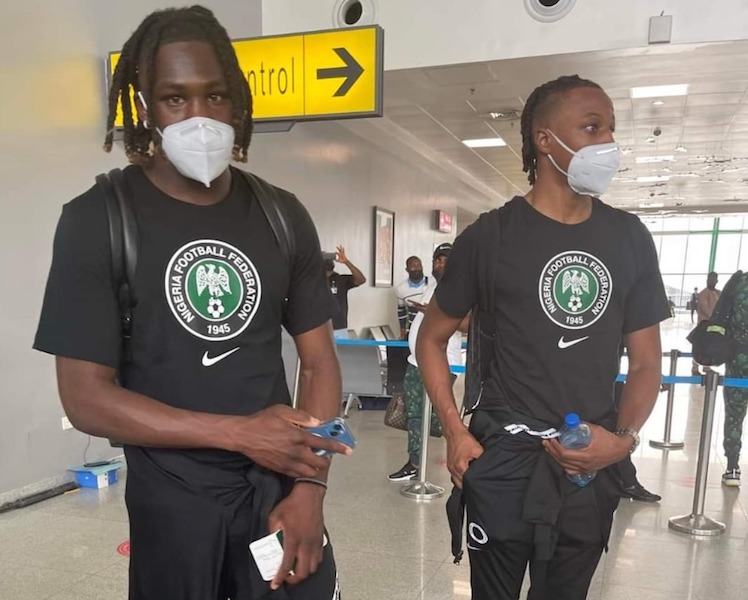 The pair who played pivotal roles in Scottish Rangers getting to the final of the second tier European competition, joined up with the 13 early birds that include; William Troost-Ekong, Moses Simon, Alex Iwobi, Ola Aina and Semi Ajayi.

Although Eagles are going to be without top stars like Victor Osimhen, Maduka Okoye and Emmanuel Dennis for various reasons, this first game under the watch of new Portuguese Coach, Jose Peseiro, will afford the gaffer first hand knowledge of the players he’s going to work with in these friendlies with Mexico and Ecuador.

The first of the two friendlies for the Super Eagles will hold at the AT&T Stadium Arlington, Texas on Saturday  against the El Tri who Coach Gerardo Martino has already lined up 38-players for.

Top amongst the stars lined up against Eagles are; Wolves striker Raul Jimenez, Jesus Corona of Sevilla and Hector Herrera from Atletico Madrid.

The  Super Eagles will play  Ecuador on June 2  before returning to the Nigeria to prepare for the AFCON 2023 qualifier against Sierra Leone.