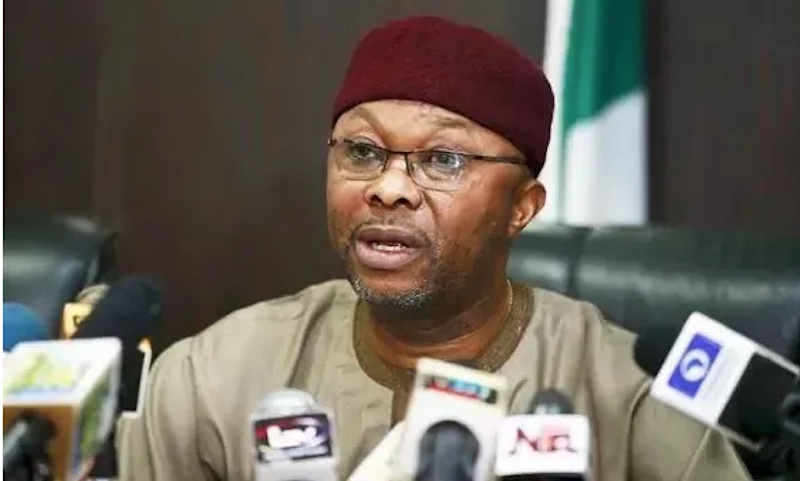 Director of Administration at United Nigeria Airlines (UNA), Mr. Linus Awute, has called on the federal government to review its transportation policies in order to build a symbiotic relationship between the Ministries of Aviation, Transportation and Works so as to create a more integrated transportation system that would fast track economic development of the country.

Awute made the call in an address he delivered at the 9th Annual Nigeria Transport Lecture themed “Nigeria’s transportation for development” which held in Abuja recently.

The event, which was hosted in collaboration with the Ministry of Transportation, attracted top government functionaries and critical stakeholders in the transport sector of the economy.

Awute, who spoke as representative of the Chief Executive Officer of United Nigeria Airline, Prof. Obiora Okonkwo, said there, was the need to redraw transportation policies of the country in order to integrate all facets of transportation to take advantage of their inter-relatedness for economic development.

Noting that transportation is the “livewire” of every economy, Awute, who retired from the Civil Service of the Federation as Permanent Secretary, said “There is a clarion call for an integrated policy review that will be made participatory, involving not only ministry of transportation, ministry of aviation and ministry of works, but the critical stakeholders and development partners alike, if possible with a dedicated funding arrangement, to be able to increase the mileage and sustain the tempo which the outgoing minister of aviation has generated in the sector.”

This, he said, has become necessary because “all the frontiers of transportation in Nigeria are heavy laden with monumental challenges, requiring too much to do in order to redeem the sector.”

Awute, who also acknowledged the efforts the Transportation Minister and his counterpart at the Aviation Ministry, Senator Hadi Sirika, are making in order to boost infrastructural developments in the sector, stated however, that  “transportation, whether by road, air or sea, share a symbiotic relationship with economic development. It follows therefore that an efficient transportation system facilitates National and Regional Economic Development. It is also established that efficient transportation system is one of the basic requirements for the security of any nation and, in fact, the live-wire and soul of trade, commerce and industry anywhere.”

According to him, “The ongoing efforts of government in the last few years, as championed by the Ministry of Transportation, have been very encouraging and commendable. We still believe that the ministry can enjoy a quantum leap forward if there is a deliberate cohesion and synergy between the Transportation Ministry and the Federal Ministry of Works, particularly on issues pertaining to road and highway infrastructure development. This is not to wish away the required synergy between the transportation ministry with the Air Transport Department of the Federal Ministry of Aviation.”

“It therefore stands to reason that we have more to do as a nation in developing a consistent principle and inbuilt sustainable security mechanism upon which to anchor the thriving efforts of government through the widening of the scope of infrastructure and upgrading of the standards of our existing infrastructural environment”, he stated.