2023: Why Tambuwal is Nigeria’s Best Option 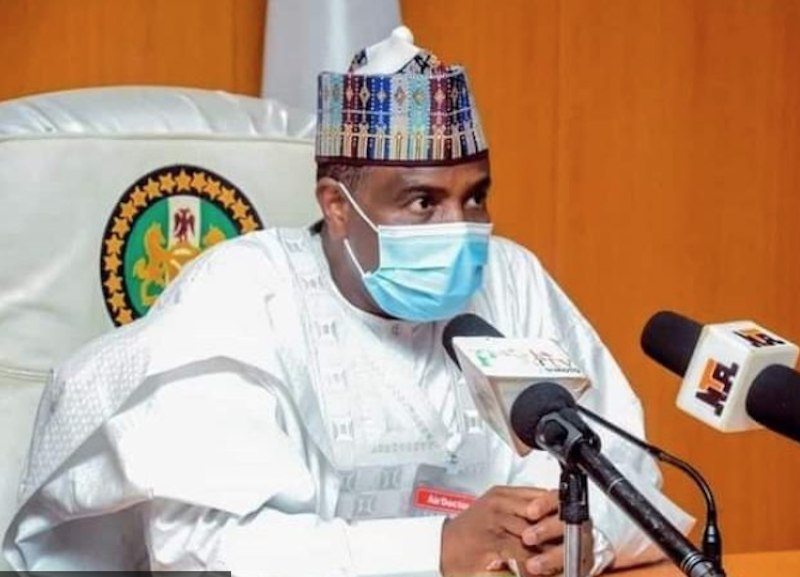 Nigeria is currently under a serious siege. The country is certainly at a crossroads. There is high degree of insecurity in all the nooks and crannies that make up the land. As a matter of fact, Nigeria is facing a quagmire. Hopefully, it is just about few months to the next presidential election. Preceding the general election is the parties’ presidential primaries where the candidates for the various candidates will emerge.

For the Peoples Democratic Party, PDP, there is an aspirant who has the wherewithal to revive Nigeria as well as heal her wounds. Governor Aminu Waziri Tambuwal of Sokoto State is the man to beat in the PDP presidential primaries. Following the resolve of the umbrella party’s National Executive Committee (NEC) that only the three man ad hoc delegates will decide who emerges PDP’s presidential candidate, Tambuwal has dramatically become the cynosure of all eyes as his North West zone will parade overwhelming majority of the delegates now pegged at 811.

The foregoing simply means that with the North West zone in his kitty, Tambuwal will only need to poach few delegates from the other zones to fly home to victory in the convention which is just few days away. Even with the convention in view, Nigerians of all walks of life are already poised for the Sokoto governor’s ultimate victory at the PDP’s presidential primary. The reason for this is not far to seek.

Clearly, Tambawal who was trained as both a teacher and a lawyer has the knack for administrative expertise which produces excellent results. Given his background and pedigree as a personal assistant to Senator Abdullah Wali when the latter was the senate leader between 1999 and 2002, down to his glorious days as the speaker of the House of Representatives between 2011 and 2015, Tambuwal has proved himself as an outstanding administrator who knows his onions. For instance, it is on record that his tenure as the speaker of the Federal House was the most peaceful, most organized, and most importantly, supervised the onerous task of producing the current 1999 Constitution as amended.

As the governor of Sokoto State, Tambuwal has been quite exceptional in performance and delivery. According a publish account: “Some of the laudable projects of the present administration include, but are not limited to the following: Diagnostic Centre in Sokoto, International Conference Centre, modern school building in Gudu.  The government has contributed in no small way to the development of education, which earned him several awards, including Tribune Platinum Tourchbearer, Silverbird Television Man of the Year, among others. In the health care sector, the governor stands tall among his colleagues due to how he had handled things in the last five years. It is on record that Sokoto is one of the few states where health workers have never for once embarked on either warning or total strike, even for a day. This is due to how he has managed affairs”.

One point that stands Tambuwal out is that he is humble even as he prefers to jaw –jaw to war –war. He believes in constitutionality and constitutionalism. He promotes the concept of party supremacy and he encourages equity, fairness and justice. In all , he is approachable because he is an easy going fellow who will not create a hall of Jericho around him.

A true Nigerian, he has friends all over the country thus his government will be a Nigerian government for all Nigerians. He equally understands the compelling importance of securing the lives and properties of his subjects as can be verified the way he swiftly responded in the aftermath of the last confusion that engulfed Shehu Shagari College of Education, Sokoto.

There is only one option left for PDP delegates in the forthcoming convention if really they love Nigeria and Nigerians; if truly they want Nigeria to have a restart to greatness and true nationhood – vote Aminu Tambuwal as the PDP presidential ticket!