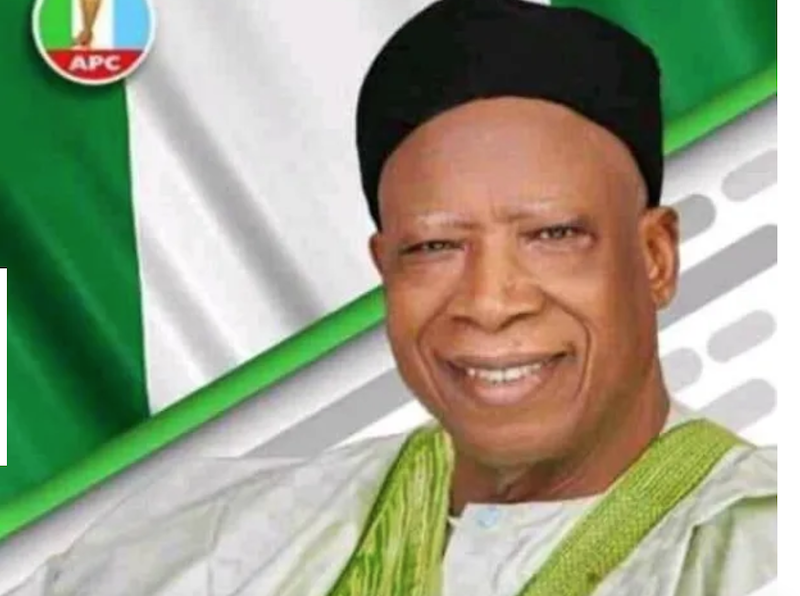 •Says aspirants will be scrutinised according to party’s guidelines

The National Chairman of the All Progressives Congress (APC), Senator Abdulahi Adamu, yesterday, said that the ruling party would take decision on zoning after all the presidential aspirants had been screened.

In an interview with select Hausa Service media organisations, Adamu also said the presidential aspirants would be scrutinised in accordance with the party’s guidelines for the 2023 elections

The guidelines of the party provides three ways of choosing the party’s candidate for an election, which include direct, indirect and consensus.

Baring his mind on the zoning arrangement, Adamu said no decision would be taken until the aspirants were screened.

His words: “We have not produced our candidate for the presidency yet. We have to screen the aspirants to know the way forward. We have aspirants from across the country in the race. We will take the decision when we get there.”

On likely consensus arrangement, Adamu noted that party members could not be denied the right to contest for president.

“You can’t stop our party stalwart from contesting elections or aspiring for the presidency. It is their right and we are happy for them. There is nothing wrong for anybody aspiring for the exalted seat of the presidency. It is God that decides who gets what. Once God makes up His mind and says this is who He wants, that is what we are praying for.

“We have 28 aspirants for the presidential ticket and everybody knows that all of them cannot get the ticket. If it’s God’s wish, they all can even be president of the country one after the other. Our goal is to ensure justice in the choice of who emerges as the candidate of the party. That does not mean we are perfect. But we pray we do the right thing,” he stated.

Asked if the party was considering adopting the type of consensus arrangement that produced him as the chairman of the party, Adamu said the chairmanship position was not the same as the position of the president.

According to him, “There is no truth in what you said. Reason is that the chairmanship seat is not the same as that of the tussle for the presidency of the country. You can’t even compare the two of them. That question does not arise.

“However, the party has laid down its rules and regulations for the aspirants. We would scrutinize all of them based on our guidelines to be sure we pick the right candidate for the party.”

When asked if having such a high number of aspirants was not a subtle ploy to extend President Muhammadu Buhari’s tenure, Adamu said such insinuation was also not true, because the president sought no extension of tenure.

He said, “I can only say God will deal with those behind such insinuations. President Buhari had since 2019 declared that he would not seek tenure extension. He told everybody and swore with the Qur’an that he would not breach constitutional provision on his two terms tenure.

“The issue does not even arise. The president while performing the lesser hajj reiterated this position. If there is truth in such talks, none of the aspirants would have procured expression of interest form.”

On the allegations that aspirants were sharing money to delegates, Adamu said he had no evidence to that effect.

With 145 governorship aspirants and 25 presidential aspirants, Adamu noted that the reason was because APC was the government in power and those that matter in the country were in the party.

“You don’t know the reason, it’s because that is where those that matter in the country are. It didn’t start today. We are the government in power today. In spite of all the insults, the APC has the advantages far ahead of the other parties. A sign of a powerful man is the one that is full blooded and fat.

“Today, the APC is the biggest party in Nigeria. It’s natural that the APC will attract more Nigerians than any other party. This is where it is happening. Any right thinking politician would naturally gravitate towards the APC. Of course, we have our problems, but today we are the cynosure of all Nigerians and I am hopeful, God-willing, we will retain power at the general election.”