We ‘ll Continue to Enjoy Peace in Warri, Says Olu of Warri 60 mins ago 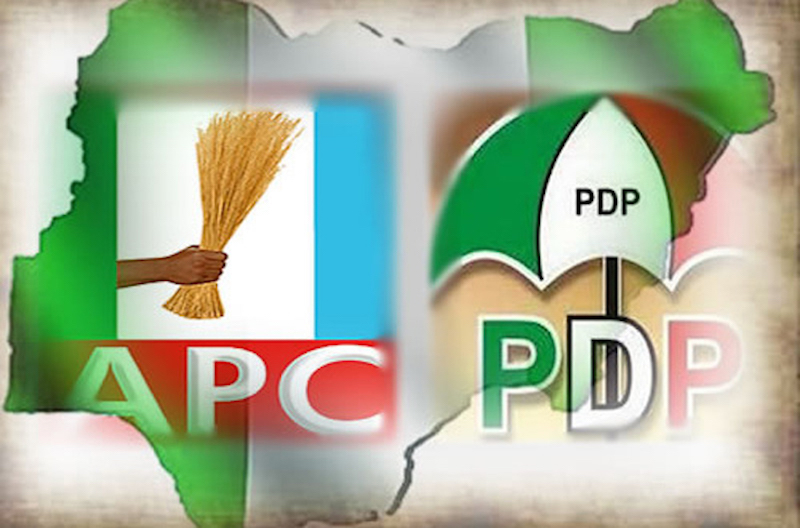 The Presidency should be zoned to the Southeast in the interest of the nation, argues Sonnie Ekwowusi

As the delegates of the different political parties, especially the two dominant political parties, the APC and PDP, jostle to elect their respective Presidential candidates for the 2023 Presidential election, the delegates should understand that the principle of Zoning and rotational Presidency between the North and the South have not only become sacrosanct, but are indeed the fulcrums upon which the Federal Republic of Nigeria has been revolving since her independence in 1960. Therefore any conspiratorial plot to derogate from this time-honoured principle of Rotation of Presidency between the North and South is a big threat to the existence and survival of Nigeria. In other words, Nigeria as a corporate entity stands on rotational Presidency between the North and the South and falls without it.

Therefore prior to casting their respective votes in the forth-coming Presidential Primaries of their respective political parties, the delegates should first go into introspection in order to come to terms with the fact that the existence of Nigeria would be further threatened if the time-revered principle of zoning and rotation of the Presidency between the North and South is jettisoned in 2023. The delegates should understand that the South holds all the aces in the 2023 Presidential election. And among the 2023 Southern presidential candidates, the presidential scale of justice tilts in favour of the South-East presidential candidate. Why? Because whereas the South-West and South-South have had their respective shots at the Presidency, the South-East has never produced the executive President of Nigeria since Nigeria’s independence. Therefore the delegates should vote according to their consciences in the respective Presidential Primaries of their respective political parties upon the consideration that distributive justice is the only vital thread that can knit Nigeria together, and, that the survival of Nigeria rests upon distributive justice. One of the APC Presidential aspirants has been saying that he will enthrone peace in Nigeria if elected President of Nigeria in 2023. This overzealous aspirant feigns ignorance that peace is only cultivated and grows in the crannies of distributive justice. Plato already mentioned many years ago that the primacy of justice exalts a nation. Distributive justice means that the geo-political zone whose turn it is to produce the next President of Nigeria by virtue of the time-honoured principle of rotation of power, and, pursuant to section 14(1)(3) of the 1999 Constitution should be allowed to produce the next President of Nigeria. Section 14 (1) of the same 1999 Constitution states that the Federal Republic of Nigeria shall be based on the principles of democracy and social justice. Therefore the conspiracy to prevent the South-East, a geo-political zone that has never produced the President since Nigeria’s independence, to produce Nigeria’s next President is a great distributive injustice that cries to high heavens for remedy. The production of the President of Nigeria is not the exclusive preserve or the sole prerogative or the birthright of the North. In fact no Nigerian ethnic group should claim the monopoly of always producing the President of Nigeria in violation of section 14 (3) of our aforesaid Constitution. Besides, it is obvious that Nigerians are tired of the one-sided-ethnic Presidency domination. This is why most Nigerians want a presidential power shift to the South in 2023.  As the Communiqué issued at the end of the recent Meeting of the Southern and Middle Belt Leaders’ Forum put it, and, I completely agree with them, “the reported permutations by the main political parties to foist Northern Presidential Candidates on the nation would be a grave misadventure, with grim consequences on national concord and harmony”. Put simply, Nigeria’s existence would be highly threatened in 2023 if a Northern President is imposed on Nigeria for the third consecutive time.

If Nigeria is a multi-lingual, multi-ethnic and multi-national society, one would have thought that power sharing must reflect the shared visions and aspirations of the variegated interest groups and nationalities that constitute Nigeria. The beauty of participatory democracy lies in creating equal opportunities for different people from different ethnic groups and different geo-political zones to meaningful partake in running a government that would affect their destiny. In participatory democracy, the fear, whether real or imagined, of every geo-political zone is taken into account. You cannot, for instance, dismiss the fear of the Igbos when it is certain that they are veritable stakeholders in the Nigerian federation. One of the most illuminating scholarly essays on the Nigerian Civil War which I have read is the essay authored by Prof. K.W.J Post in early 1968 entitled: Is there a case for Biafra? In this essay, Prof. Post, who actually taught and did research in Nigeria in the late 1950s and 1960s, persuasively argues that the entity later called Nigeria which the British carved out for herself in the arbitrary sharing and division of Africa between the powers that be in the late 19th and 20th Centuries, was the most artificial entity burdened by not only an overwhelmingly large population but cultural and linguistic configurations and diversities. He writes that from the onset the British colonial masters wanted the North to be perceived as bigger in everything, a political advantage which would later translate through the workings of the electoral system into political domination of the whole federation. Prof Post further argues that this fragile entity left by the British failed to survive the demands of the three central features of Nigerian political life. First, the new political elites which had evolved in Nigeria were more concerned with the manipulation of the system to its profit. Second. the antagonism, real or induced, among the various cultural sectors of the Nigerian society, was exploited by these elite in their said manipulation. Third: the imbalance between the component regions; the lack of true federalism exacerbated by the inequitable distribution of the oil wealth.

These features, according to Prof Post, pushed Nigeria to the brink of collapse by the end of 1965. After the January 15 1966 coup and the July 29 1966 counter-coup the situation in the country worsened. There was fear and mutual suspicion everywhere.  There were several rounds of talks at the September Ad­­­-Hoc Conference of 1966 to determine the most appropriate constitutional arrangements for the components regions to save the federation from complete disintegration. The fallout from these talks are the major Constitutional Conferences that took place in Nigeria, from the 1957 Conference, 1994/1995 Constitutional Conference, 2005 National Political Reform to the 2014 Constitutional Conference. These Conferences were geared towards determining the most appropriate constitutional arrangements for Nigeria as well as addressing the fears of the seemingly irreconcilable ethno-religiously and culturally diverse native kingdoms and nationalities that were forcibly lumped together by Lord Lugard in his 1914 amalgamation of Nigeria. The 2014 Constitutional Conference Report, for instance, endorsed rotation of powers amongst the six geo-political zones in Nigeria on the basis of equity and fair-paly. The Conference noted that Nigerians crave for a nation in which every citizen can aspire to the highest office in the land without any obstacle.  In fact the Conference endorsed the Principle of Rotation of Powers amongst the geo-political zones in the country in order to reduce the desperation and tempo of agitation for creation of states as well as erase the fear of marginalization of the minority groups and other groups in Nigeria. The Conference agreed, inter alia, on the Principle of zoning and rotation of elective offices at the Federal on the basis of excellence, equity and justice, and, that the Office of President of Nigeria shall rotate between the North and the South and amongst the six (6) geo-political zones in Nigeria.

There is no doubt that a Presidential power shift to the South especially to the South-East will stem the tide of secessionist agitations and demands for restructuring of Nigeria. If, for instance, you don’t want Biafra, then allow Igbos to have a taste of Presidential power.  You cannot be talking about one Nigeria and at the same time plotting hard to alienate one ethnic group in Nigeria and ensuring that they do not have the benefit of rotational Presidency. It does not make sense that you are forcing a people to belong to Nigeria yet you are depriving them a sense of belonging. This is why a couple of months ago, the prominent Pan-Yoruba socio-political group Afenifere met and canvassed for the emergence of an Igbo President in 2023 in line with the principle of rotational presidency and power sharing as enshrined in our aforesaid 1999 Constitution. According to Afenifere leader and statesman Pa Ayo Adebanjo, if the major ethnic groups in the country have had their respective turns in the Presidency, justice and equity demand that it should be the turn of the Igbos in 2023. Pa Adebanjo has consistently been condemning what he conceives as a gang-up against the Igbos in Nigeria aimed at depriving them of the Presidency in 2023. Listen to Pa Adebanjo,  “If there is anything like a power-shift in Nigeria, it should go to the South-East. There is no doubt about that, any other thing is just a gang-up…there should not be any argument about that because the South-West has gotten it, the North has gotten it, South-South has gotten it. You want the Igbo to remain in Nigeria but you want to discriminate against them.”

Unity of Nigeria has a price tag. It is not something imposed from the top through executive fiat. You cannot be saying that the unity of Nigeria is not negotiable while at the same time putting obstacles to that unity and scuttling the principle of rotation of power in Nigeria. Until we decide to give to each geo-political zone in Nigeria what is their due in the Nigerian federation peace will continue to elude Nigeria.