National Council on Privatisation Okays NELMCO Board 52 mins ago 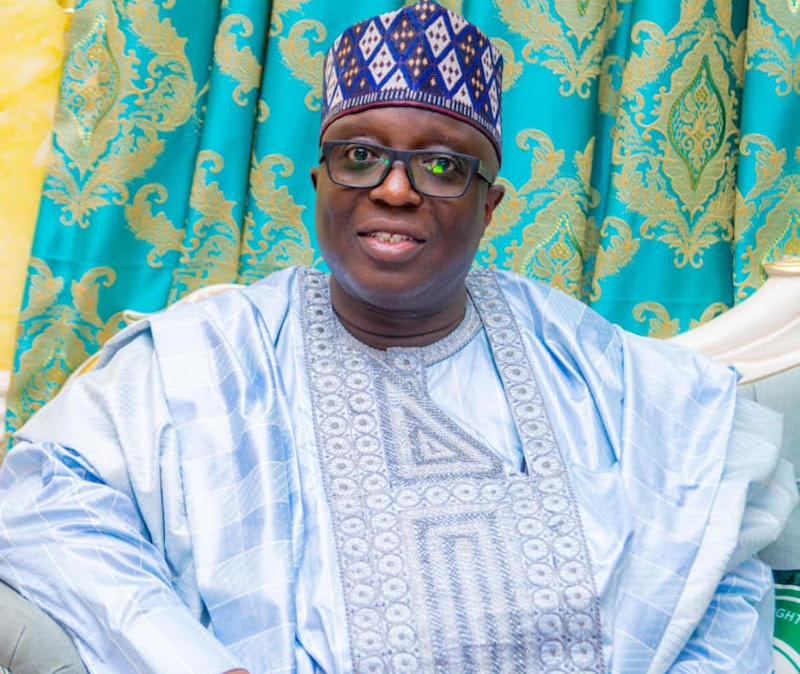 In Sokoto State, it’s believed that the result-oriented administration of Gov. Aminu Waziri Tambuwal needs a successor who can consolidate on the gains achieved by the administration, and forge ahead with Tambuwal’s idea of transforming the Northwest State. There is also a popular view that Sokoto needs a governor like Tambuwal, who is well educated with capacity to tackle challenges and build on the achievements of the current government. It is also believed that the indelible mark the people’s governor, Tambuwal,  would leave behind will be a high standard to be matched. Hence the need for a collective search for a worthy successor.
Sokoto State is endowed with a large number of personalities with leadership qualities but one personality stands tall in that league.  That is Mallam Saidu Umar FCNA (Mallam Ubandoman Sokoto), the immediate past Secretary to the Sokoto State Government and former Commissioner for Finance during Gov Tambuwal’s first term. He is the aspirant that has all the features of leadership Sokoto needs after Gov. Tambuwal’s tenure.
He had after wide consultation, and calls by different groups obtained his Expression of Interest and Nomination Forms and had been cleared by the party to participate in the May 26 governorship primary.

The acceptability of Mallam Ubandoma’s aspiration by the people has sent shivers down the spine of the enemies of the state because his candidacy is a sign of more developmental strides for Sokoto in the near future. In addition, in Sokoto it is generally believed that part of the traditional way of grooming a potential successor is the conferment of a traditional title. Umar was turbaned with a scholarly title – Malam Ubandoma Sokoto – by the Sultan. This recognition is a reference point of Umar’s acceptability across the state.
Furthermore, his gubernatorial candidacy will be a unifying factor in the People’s Democratic Party in the State.  Also, Malam Ubandoma’s grassroots appeal earned him a seat in the assembly of party gladiators that single-handedly delivered votes of their local government areas to the PDP in the 2019 governorship election.
Born on the 23rd of January, 1966 in the heart of Sokoto, Mallam Saidu Umar at a very tender age,  enrolled at the Quranic school under the tutelage of his late father who belonged to the renowned and scholarly bent of Malam Ubandoma of Kofar Atiku Area of Sokoto.
In 1973, he began his western education at the Model Primary School (now Yakubu Muazu Model Primary Sokoto). Upon the completion of his Primary education in 1979, he proceeded to Federal Government College Sokoto where he obtained his “O” level certificate in 1984. Thereafter, he gained admission into the prestigious Ahmadu Bello University (ABU) Zaria, where he obtained a Bachelor of Agriculture degree with second class honour.  In his quest to further his education, he got admitted into the Center for Academic Excellence, Usman Danfodiyo University Sokoto in 1993 to undergo 3-year postgraduate studies. He completed the programme in 1996 with a Master’s degree in Business Administration(MBA).
In addition, Mallam Sa’idu Umar also attended many courses that significantly sharpened his professional skills and added value to his banking career. Notable among these courses included Executive course at ASTON University, Birmingham, UK in June 2013, and Senior Executive Course at the prestigious Kennedy School of Government, Harvard University, Cambridge, U.S.A. Although he spent most of his career in the banking sector, he began his working as an assistant lecturer at the College of Agriculture, Zuru, where he taught Agriculture from 1990 to 1991. He later worked with Sokoto Investment Company Limited where he rose to the position of Senior Manager.
He started his banking career in 1997 with First Bank of Nigeria Limited before moving to Standard Trust Bank, Plc (STB) in 2000. He was with the United Bank for Africa (UBA) as a result of its merger with STB Plc. He then moved to Skye Bank Plc in the 2006 as a Business Development Manager, and later to Oceanic Bank in 2009 which later merged with Ecobank Nigeria Limited, where he rose to the rank of Deputy General Manager and Regional Head, Northwest Region of the Bank; with the responsibility of coordinating the Bank’s business in the States of Sokoto, Kebbi, Zamfara, Kano, Kaduna, Katsina and Jigawa.
Mallam Saidu Umar was in October 2015 appointed Commissioner for Finance Sokoto State by Tambuwal. Significantly, at the beginning of Governor Tambuwal’s second term, Mallam Umar was appointed Secretary to the State Government on June 6, 2019.
Umar is a Fellow of the Chartered institute of National Accountants of Nigeria (FCNA), an Honorary Senior Member of the Chartered Institute of Bankers of Nigeria (HSIB),  Fellow, Chartered Institute of Economics of Nigeria (FCEN) and a Fellow of the Chartered institute of Public Accountants of Nigeria (FCPA).
Mallam Ubandoma will be a winning candidate that can defeat the APC and other political parties convincingly. His tentacles of grassroots network spreads across Sokoto state. He is competent in every scope, and can represent Sokoto on every assignment. He represents triangular Institutions of Public, Private and traditional. His track record of service can withstand any scrutiny. He’s known for putting Sokoto first in every responsibility he has undertaken. If there’s anyone that Sokoto needs at the helm of affairs after Governor Aminu Waziri Tambuwal, it is Mallam Saidu Umar.
*Khalifa Usman Ahmad writes from Illela, Sokoto.