AFBA Condemns Massacre of African Migrants in Morocco 48 mins ago 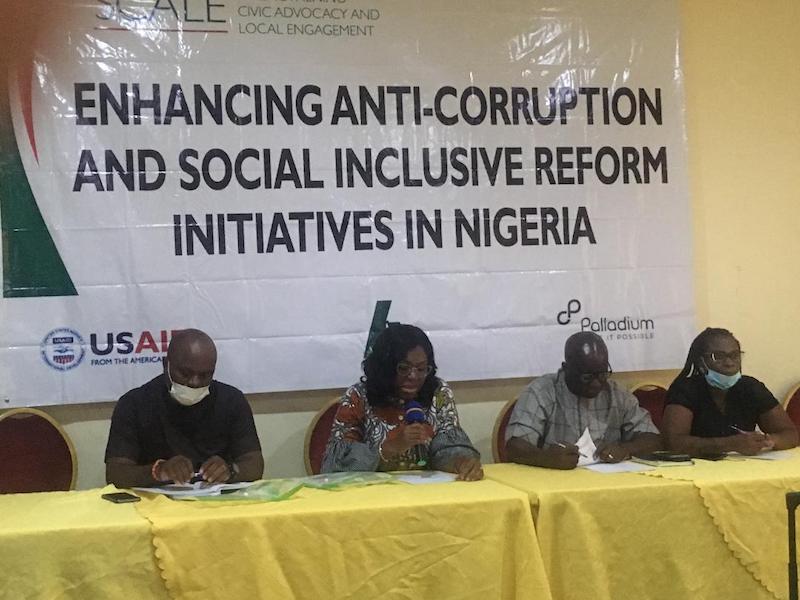 The Enhancing Anti-corruption and Social Inclusive Reform Initiatives in Nigeria project is designed following the anchor cluster model adopted by Palladium to promote and engage in anti-corruption policy reforms. This project works with us as ‘anchor’ organisation working with eight cluster member organizations spread across six states and the Federal Capital Territory. The States are Abia, Edo, Delta, Imo, Ondo, Rivers and the FCT, Abuja. ANEEJ is working with the eight cluster members located in these states including the FCT to implement and deliver this project.

We consider this project as an important one that seeks to promote and engage in anti-corruption policy reforms at both the national and sub-national levels with an ultimate goal of strengthening governance to deliver development goals to citizens, particularly in addressing poverty and inequality amongst our people.

It will interest you to know that aside the anti-corruption component, the project is also designed to address reforms as well as issues of transparency and accountability in the Niger Delta Development Commission (NDDC) and six oil and gas producing states – Abia, Delta, Edo, Imo, Rivers and Ondo. This explains why participation and cluster members were drawn from these states.

During the course of implementing this project, interventions will include advocacy for passage/adoption of pending Anti-Corruption Bills, the National Anti-corruption Strategy (NACS II) and the NDDC Act Amendment Bill currently before the national assembly. The project will also support oversight and implementation of the Nigeria’s International anti-corruption/asset recovery commitments; Oil and Gas Producing Areas Development Commissions, among others. Our cluster currently advocates for the mainstreaming of anti-corruption issues into the country upcoming 2023 general elections discourse. Some of which are already ongoing as CSOs jointly called on political aspirants to mainstream issues of anti-corruption in the upcoming general elections during the learning event held in Benin City in April. If you watched Good morning show on NTA last Tuesday, I spoke extensively about addressing corruption issues during elections, we must move away from the culture and norms that promote corruption and create incentive for those who are not willing to buy votes, induce voters and rig elections.

As you know, the Proceeds of Crime Bill (POCA) has just been signed into law by President Muhammadu Buhari which gives a working instrument for the anti-corruption agencies like the EFCC, ICPC and CCB to work collaboratively and solve corruption problems in Nigeria. Since POCA has been passed and assented to, there are others on the queue such as the Whistleblower Protection Bill and the Witness Protection Bill. We should work together to see how our collective effort can result in the passage of these bills and others.

The two-day workshop is specifically designed for CSOs and journalists from the project benefiting States. We want to see how to enhance your advocacy skills on some of the issues highlighted above and others necessary to advance anti-corruption reforms in Nigeria as well as drive transparency and accountability in management of oil revenues accruing to oil producing states.

I urge Nigerians to participate with keen interest in these issues to put us all on track of the current political economic analysis and how we can collaboratively engage relevant stakeholders at both national and state levels to drive key reforms.