2023 Elections: INEC Receives 216 Requests for Particulars of Candidates  40 mins ago

Defend Yourselves against Attackers, Adeboye Tells Followers 60 mins ago 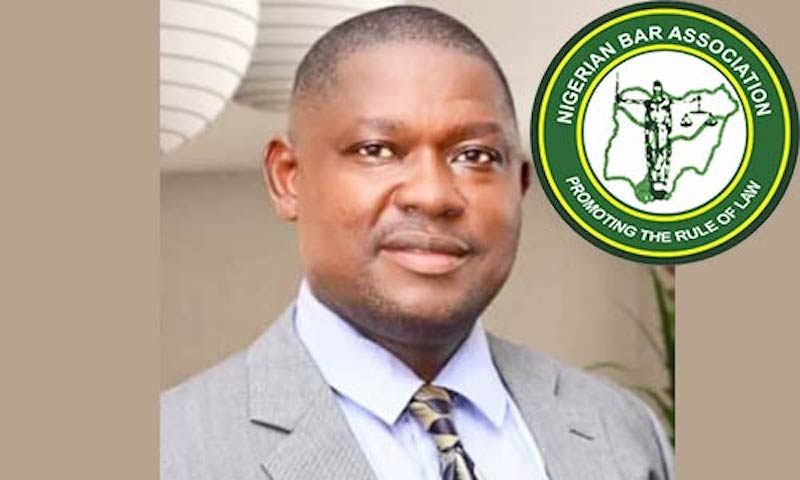 The Chairman, Benin Branch of the Nigerian Bar Association (NBA), Pius Oiwoh has condemned the alleged invasion of the Court of Appeal in Benin City, Edo State, describing it as an affront against the sanctity of the judiciary.

There was a reported breakdown of law and order on Friday, at the Court of Appeal in Benin City as suspected thugs allegedly in connivance with persons in security outfits, invaded the courtroom, and carted away several court documents.

But the Edo State Government said it had no record of appeal court attack in Benin City, neither does it have record of the alleged kidnap of an unnamed lawyer, noting that the allegations were fabrications by detractors to serve their selfish ends.

THISDAY learnt that some lawyers had approached the appellate court to file an appeal arising from a judgment of the State High Court on issues relating to the crisis rocking the Peoples’ Democratic Party (PDP) in Edo State as it has to do with which faction of the party have the authentic delegates list to participate in the party primary election.

The Edo PDP is currently divided among those loyal to the governor of the state, Mr. Godwin Obaseki and the Vice Chairman, South-South of the party, Chief Dan Orbih.

Reacting, Oiwoh said: “I heard the information. We condemn in its entirety the invasion. We see it as an affront against the sanctity of the judiciary and we are not pleased at all. We are disturbed by it. We call on the security agencies to unmask those behind it. The judiciary is sacred and should not be invaded the way it has been so done.”

Also, a lawyer who preferred anonymous for security reasons said he was shuttling between a business centre in Akpakpava and the Appeal Court which is temporarily operating from a section of the Edo State High Court premises along Sapele Road as a result of the rehabilitation work going on its permanent premises in Aduwawa area of Benin City when the incident happened.

According to him, “There was an injunction against the PDP faction led by Dan Orih and Ogbeide-Ihama recognising the delegates from Obaseki as the authentic delegates for the purpose of the congress of the PDP primary elections.

“They retained our services and we quickly swung into action and we were at the court to file necessary documents because the state high court had refused to join us as interested parties and then went ahead to give the ruling.

“We went to the Court of Appeal which granted our application to be joined. They now directed that we should compile and transmit our records; file all the papers we needed to file so that they can hear us on Monday in the main appeal. That was what we were doing when suspected thugs and uniformed men came into the courtroom and chased away the staff.

“One of my staff was carried away in their bus because she refused to surrender the documents with her to the suspected thugs. She had to release the documents to save her life”

Confirming the incident, the Head of Department (HoD), Litigation of the court, Dennis Ayama said he was already at home when got a call to receive application from some lawyers only for him to get there and saw some strange looking persons numbering about 20 who said they are from government house and that they heard something illegal was taking place at the court.

“They demanded for my ID card which I showed them, then they forcefully collected documents and files from the lawyers who came to file.”

Asked why he was receiving court documents after the court had closed for the day, Ayana said “We can come at any time to collect court processes even at 12 midnight.”

However, a statement by Secretary to the State Government, Osarodion Ogie, said the state government or its agencies or officials have no record of the phantom ‘invasion’ of the Court of Appeal in the state.

According to him, “At the weekend, a section of the media reported an alleged invasion of the Court of Appeal in Benin City, stating that court processes were carted away and that an unnamed lawyer was kidnapped.

“Since then, certain parties have sought to suggest that the Edo State Government or its agents played a part in this alleged invasion.

“The Edo State Government hereby states unequivocally that none of its agencies or officials has a record of this alleged incident, and neither did the government witness, let alone participate in the phantom attack.”

He continued: “In order to prevent this obvious manufactured story from being taken as fact by all concerned, it may be necessary to restate the facts so that discerning members of the public will recognize the very cynical manipulation that is being attempted by malevolent political activists.

“Neither the Edo State Government nor any of its Ministries, Agencies and Departments (MDAs) or officials is a party to the suit regarding the selection of Peoples Democratic Party (PDP) delegates pending at the High Court in Benin City and which matter has now proceeded to the Court of Appeal, also in Benin.

“Consequently, there is no basis whatsoever for the allegations that agents of the state were involved in any altercations at the courts that it so seriously reveres and protects.”