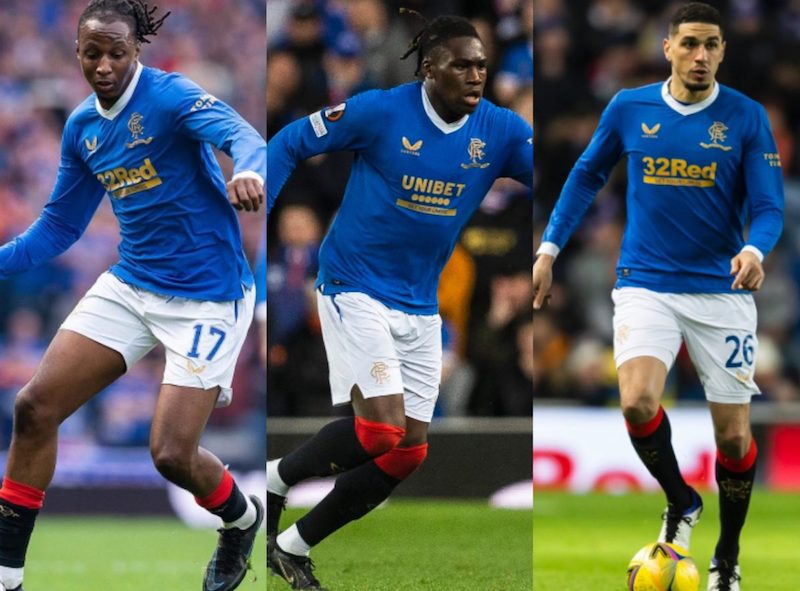 •Aribo, Bassey, Balogun on parade as Ibrox side claim the trophy first time in 13 years

Nigerian internationals, Joe Aribo, Calvin Bassey and Leon Balogun were on duty as Rangers put aside their Europa League trophy miss to take consolation in winning the Scottish Cup. Bassey was voted Man-of-the-Match.

Two goals in three extra-time minutes by substitutes Ryan Jack and Scott Wright gave the Ibrox side the Scottish Cup against Hearts.

Rangers  claimed the trophy for the first time since in 13 years after Jack crashed a shot in off the bar from the edge of the box, before Wright finished low past Craig Gordon.

Hearts stood strong in the 90 minutes but did not offer enough in attack, apart from Ellis Simms’ lunging effort off a post after only 10 minutes.

The Rangers end of Hampden celebrated joyfully at the full-time whistle, just three days after their Europa League journey ended in heartbreak on penalties against Eintracht Frankfurt in Seville.

Manager Giovanni van Bronckhorst made five changes to his team after 120 minutes of energy-sapping football in Spain, and his side again defied suggestions of fatigue as the match wore on.