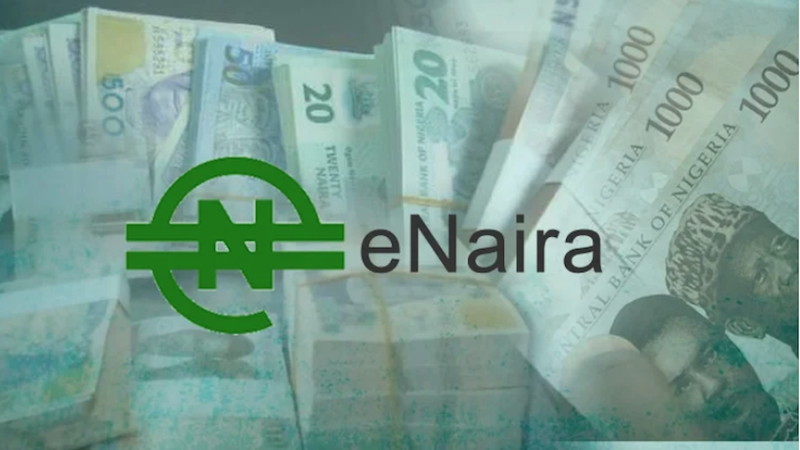 *Nigeria and others to benefit from AfDB’s $1.5bn Africa’s food facility
James Emejo in Abuja

The Central Bank of Nigeria (CBN) yesterday debunked reports that it planned to replace the conventional Naira notes in circulation with digital currency, otherwise known as the eNaira, in due course.

This is as the African Development Bank (AfDB) Group’s Board has approved a $ 1.5 billion facility to support African countries deal with the impact of the Russian-Ukraine war impacting food prices and availability.

CBN’s Director of Corporate Communications Department, Mr. Osita Nwanisobi, said the misleading statement purportedly made at a stakeholders’ engagement on eNaira adoption in Asaba, Delta, was misconstrued and therefore, urged the public to completely disregard it.

Nwanisobi further explained that the digital version of the Naira is meant to complement the existing currency notes and therefore, would circulate simultaneously with the conventional Naira notes as means of exchange and store of value.

He said the adoption of the digital legal tender, aside from its safety and speedy features, would also ensure greater access to financial services by the underbanked and unbanked populace thereby enhancing financial inclusion.

He urged the public and business owners to embrace digital currency as it offers more possibilities.
The eNaira was formally launched into circulation by President Muhammadu Buhari in October last year.
The apex bank’s governor, Mr. Godwin Emefiele had recently expressed optimism that the bank would achieve the 85 per cent financial inclusion target which is currently at about 70 per cent.

Addressing a delegation of Executive Directors from the Bank of Uganda, who was on an experience sharing tour of the CBN’s Central Bank Digital Currency (CBDC) project, Emefiele said the apex bank remained committed to accelerating the rate at which those who were financially excluded could come into the formal banking sector.
He also expressed satisfaction that the eNaira had recorded some level of success judging by the rate of integration and security features.

The central bank governor said the CBDC would enhance the relationship between mobile banking and e-business and speed up the rate of financial inclusion.

He pointed out that the interest that the eNaira continued to attract from other countries and multinational bodies, including the International Monetary Fund (IMF) and the World Bank, underscored the level and quality of work the CBN had put into the project.

Emefiele said Nigeria is currently a case study to other climes, being the first country in Africa to launch its CBDC, adding that the country was treading cautiously to ensure it sustains the successes recorded so far.
He also told the visiting team that the country had deepened its payment system infrastructure, which is ranked among the best in the world.

Emefiele had said with growing interest in CBDC around the world, the CBN had commenced extensive study, consultations, identification of use cases, and the testing of the CBDC concept in a Sandbox environment as far back as 2017.

He said the objective of the research was to establish a compelling case for the adoption of a digital currency in the country to enable a more prosperous and inclusive economy for all Nigerians.

He added that following the completion of the preliminary work, the researchers and experts at the CBN were able to clearly establish that a digital currency will drive a more cashless, inclusive, and digital economy as well as complement the gains of previous policy measures and our fast-growing payments platforms.

Nigeria, Others to Benefit from AfDB’s $1.5bn Africa’s Food Facility

Meanwhile, the AfDB Group’s Board has approved a $ 1.5 billion facility to support African countries deal with the impact of the Russian-Ukraine war impacting food prices and availability
AfDB’s Chief Agriculture Policy Economist and Coordinator of Global Agriculture and Food Security Programme at AfDB, Mr. Philip Boahen, said this at Tamale, Ghana, yesterday.

Boahen said the facility is expected to reach over 20 million African farmers to deal with the food shortfall.
The bank, on its website, also said that with the disruption of food supplies arising from the war, Africa now faces a shortage of at least 30 million metric tonnes of food.
AfDB said that food like wheat, maize, and soybeans imported from both countries was majorly affected by the war.

According to the Bank, the $1.5 billion, an African Emergency Food Production Facility, is an unprecedented comprehensive initiative to support smallholder farmers in filling the food shortfall.

The AfDB said it would provide fertilizer to smallholder farmers across Africa over the next four farming seasons, indicating it will use its convening influence with major fertilizer manufacturers, loan guarantees, and other financial instruments to provide the fertilizers.
“African farmers urgently need high-quality seeds and inputs before the planting season begins in May to immediately boost food supplies.

“The facility will provide 20 million African smallholder farmers with certified seeds.
“It will increase access to agricultural fertilizers and enable them to rapidly-produce 38 million tonnes of food.
“This would be a $12 billion increase in food production in just two years,” the AfDB said.

”It will also support market growth and post-harvest management, and create a platform to advocate for critical policy reforms to solve the structural issues that impede farmers from receiving modern inputs.”

Meanwhile, the African Petroleum Producers’ Organisation (APPO) and African Export-Import Bank (Afreximbank) have signed a Memorandum of Understanding (MoU) to establish an African Energy Transition Bank.
This is contained in a statement signed by Afreximbank’s Media Contact, Mr. Amadou Sall, at the weekend.
Sall said the establishment of the energy bank was in support of an African-led energy transition strategy.

He said the new institution would accelerate Africa’s economic development while ensuring the progress was compatible with and complementary to, the Sustainable Development Goals,
Sall said that the new bank would also ensure compatibility with the continent’s long-term social and environmental objectives as set out in African Union’s Agenda 2063: The Africa We Want.

He said that the bank would address an urgent and existential need on the continent.
“Africa stands to experience profound effects from climate change, while the considerable poverty across the continent further disincentivises a focus on environmental care and sustainability for many populations.
“Moreover, Africa’s oil and gas industry faces growing pressures as international investment in hydrocarbons diminishes.

“While Africa’s transition towards alternative energy sources presents great opportunities for the continent, this transition must be carefully managed to minimise the short-term adverse impacts of the transition while maximising its longer-term benefits,” he said.
Sall said the new bank’s responsibilities would include the management and encouragement of such a productive transition.

He said that APPO member states would be signatories to the Energy Transition Bank’s constitutional documents which would be structured in the form of a multilateral treaty, and invest equity into the new vehicle.
Sall said that Afreximbank would co-invest and advise on the establishment and implementation process.
The statement quoted Prof. Benedict Oramah, President of Afreximbank, as saying “we are delighted to be collaborating with APPO towards the establishment of the proposed African Energy Transition Bank”.

“These are challenging times when we must strive to strike the right balance between the imperatives of mitigating climate change and the urgency of averting social upheavals as a result of increasingly difficult economic and financial conditions in Africa.

“For us at Afreximbank, supporting the emergence of the African Energy Transition Bank will enable a more efficient and predictable capital allocation between fossil fuels and renewables.”
Oramah is quoted to have said that establishing the bank would also free human and other resources at Afreximbank that would make it possible to support its member countries more effectively in the transition to cleaner fuels.