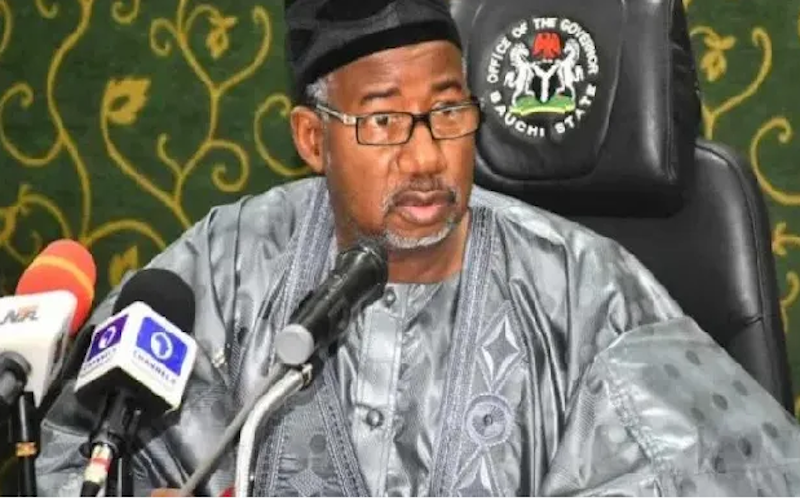 * CAN insists on protests over Deborah’s killing

Onyebuchi Ezigbo in Abuja and Segun Awofadeji in Bauchi

Several houses and shops were razed and many people, including a pastor, were critically injured when some Muslim youths in Katangan Wargi, headquarters of Warji Local Government Area (LGA) of Bauchi State went on a rampage on Friday evening in protest against an alleged blasphemy against Prophet Muhammad (SAW) by a Christian lady.

Normalcy has, however, returned to the area as Governor Bala Mohammed of Bauchi State, warned that he would not spare anyone bent on disrupting the peace of the state.

This is coming as the Christian Association of Nigeria (CAN) yesterday said that it would go ahead with its planned nationwide protests against the recent killing of Miss Deborah Samuel, a 200-level student of Shehu Shagari College of Education, Sokoto over alleged blasphemy by some Islamic extremists.

CAN has also expressed worry over the allegation of blasphemy in Bauchi State and urged the security agencies to act fast to address abuse of the Constitution before it leads to a serious conflict that cannot be handled.
Nobel laureate, Professor Wole Soyinka, has also called for the sacking of the Imam, National Mosque, Abuja, Professor Ibrahim Maqari, over his comment on the murder of Deborah.

THISDAY gathered that the lady identified as Rhoda Jatau, a 40-year- old member of staff of the Medical Department of Warji LGA, allegedly posted a video of someone who renounced Islam on a WhatsApp group.
The message, it was learnt, did not go down well with her co-workers who are predominantly Muslims.

However, the girl was whisked away to safety by fellow Christians, who got wind of the impending danger.
But the irate Muslim youths went on the rampage and started destroying properties belonging to Christians when the planned attempt to lynch the girl failed after Jumma prayers on Friday.

“We were at home Friday evening when we heard shouts from Muslim youths in their hundreds wanting to attack the ECWA church but Christian youths and others resisted and repelled them but after they had already set the shops attached to the church on fire,” a member of the ECWA church, who pleaded anonymity, said.

He added: “In the process, one of the pastors of the ECWA Church was seriously injured. As I am speaking to you, efforts are on to save his life as he lost much blood due to the injuries inflicted on him.”
Confirming the incident, the state police command said six houses and seven shops were on Friday evening set ablaze by irate youths while many people were also injured.

The state Commissioner of Police, Mr. Umar Mamman Sanda, has also ordered a thorough investigation into the crisis.

A statement issued yesterday by the state Police Public Relations Officer (PPRO), Ahmed Mohammed Wakil said the violence was a result of a blasphemous message posted on social media by one Rhoda Jatau, a 40-year-old staff of the Medical Department of Warji LGA.

According to the statement, “On May 20, 2022, at about 1745hours, some irate youths set six houses and seven shops ablaze, while some score of persons were injured as a result of a blasphemous message posted on a social media by one Rhoda Jatau (female), 40 years old staff of the Medical Department Warji Local Government”.

The PPRO stated that the police have since deployed all Tactical Teams, Mobile Police Force, and Rapid Response Squad (RRS) whose joint efforts brought the situation under control, adding that the area is calm for now, while visibility patrols are ongoing to keep the peace.

He said that the state police commissioner appealed to the public to be calm and go about their lawful business without any fear of intimidation as normalcy has been restored in the affected area.
“While assuring the general public that the police is on top of the situation and will continue to update the public as to the level of investigation from time to time”

“The command would like to use this medium to reiterate the need for parents and guardians to maintain strict vigilance over the activities of their wards, particularly youths.

“The Commissioner of Police also urges religious leaders, community leaders, and elders generally to always speak to youths to desist from anything that could temper with the security of their areas,” the statement added.

Reacting to unrest in the state, Governor Bala Mohammed yesterday said he would not spare anyone bent on disrupting the peace of the state.
The governor stated when he visited residents of the Warji community to commiserate with victims over the incident.

Speaking at the palace of District Head of Warji, Mohammed expressed worry over the spate of insecurity in some parts of the country, saying that it was time for people to allow peace at all costs as the consequences of insecurity were devastating.

“Religion is very close to peoples’ hearts. It is very uncivilised to joke about each others’ religions. We know that there are Christians and Muslims in Warji. Those of us who are 60 years old never heard of a crisis in Warji before this time.

“I must commend religious leaders, traditional leaders, and security personnel for putting up a combined effort that leads to quenching of the violence.
“I will not spare anyone found making attempts to cause trouble. My administration has a special regard for peace and religious tolerance and I will not fold up my arms to allow unpatriotic people to cause trouble in any part of the state,” he said.

Reacting to the incident, the Chairman of CAN in Kaduna State, Rev. Joseph John Hayab, has expressed worry over the allegation of blasphemy in Bauchi.
He urged the security agencies to act fast to address abuse of the constitution before it leads to a more serious conflict that cannot be handled.

He said in a statement yesterday, that allegations of blasphemy have now become the new excuse by fundamentalists in Northern Nigeria to kill the remnant that bandits and terrorists have not yet killed.
“We know and have evidence of how some of these allegations of blasphemy are false and just for blackmail or settling scores with perceived enemies or well-mannered young girls who have refused sexual advances by the opposite sex from another religion.

“We are also aware of how fanatics have in the past raised lies in the name of blasphemy.
“CAN wonder if the recent sermons we are getting from some Islamic clerics on what the Holy Quran says about what should be done if anyone is accused of blasphemy is unpopular amongst followers?”
“The challenge now is for government authorities and security agencies to act fast to address this abuse of our constitution before it leads to a more serious conflict that cannot be handled.”

“Nigeria Christians most especially those of Northern extraction have for ages exhibited tolerance despite many provocations and lack of reciprocation of our love and friendship but these new tactics for killing our people from any and every accusation of blasphemy are unacceptable to CAN and all Christian faithful. We will not accept this brutal way of murder and inhuman treatment of our followers to continue.”

“Government and security agencies should come out to enforce the law on every murderer hiding under religion.
In a related development, the national body of CAN has said that it would go ahead with its May 22 planned nationwide protests against the recent killing of Miss Deborah Samuel, a 200-level student of Shehu Shagari College of Education, Sokoto over alleged blasphemy by some Islamic extremists.

The Special Assistant on Media and Communications to the CAN President, Pastor Adebayo Ayodeji, disclosed this to THISDAY yesterday against the background of the threat by a Muslim group to protest on the same day.
He said: “We are going ahead with our protests and we have said that our members should hold their protest within the premises of the CAN Secretariat and not on the streets.

“We are to gather in the CAN Secretariat nationwide and not on the streets,” Ayodeji said.
He added that CAN has directed that where there is no CAN Secretariat in a state, Christians should choose one of the churches that can accommodate them for the protests.

In a related development, Nobel laureate, Professor Wole Soyinka, has called for the sacking of the Imam, National Mosque, Abuja, Professor Ibrahim Maqari, over his comment on the murder of Deborah.
Soyinka accused the Islamic cleric of directing his followers to take the law into their own hands in the name of religion.

He spoke in Abuja yesterday during the one-year remembrance of the late former Chief of Army Staff, Lt.-Gen. Ibrahim Attahiru, and the launch of Attahiru’s biography written by author, Niran Adedokun.

Meanwhile, Nobel laureate, Soyinka, has lamented lynching in the name of religion, adding that the “apostate of the creed of humanity, Professor Maqari, must be removed from office.”

He added, “It is no longer sufficient for all to declaim that Islam is this and that, that the Sharia is thus and thus, that Prophet Mohammed set this or that example and made this or that humanistic pronouncement.
“We have gone beyond theocratic rhetoric that merely pays lip service to civilised norms. Let all pietistic denunciations be backed by affirmative action.”

The playwright noted that the Islamic cleric had done nothing but encourage his followers to kill anyone that blasphemes Prophet Muhammad.

Soyinka added, “Professor Maqari, however, insists, with a handful of others, including vocal serving policemen quite recently, that there is no remorse involved in the torture and lynching of a young student on this earth.
“Maqari has implicitly directed his followers to take the law into their own hands in the name of religion, and innovation. That is the message of a supposedly holy man to a nation embroiled in his madness of multiple incidences.”