No Man Will Appoint a Governor for Rivers People, Says APC Chieftain 54 mins ago

No Man Will Appoint a Governor for Rivers People, Says APC Chieftain 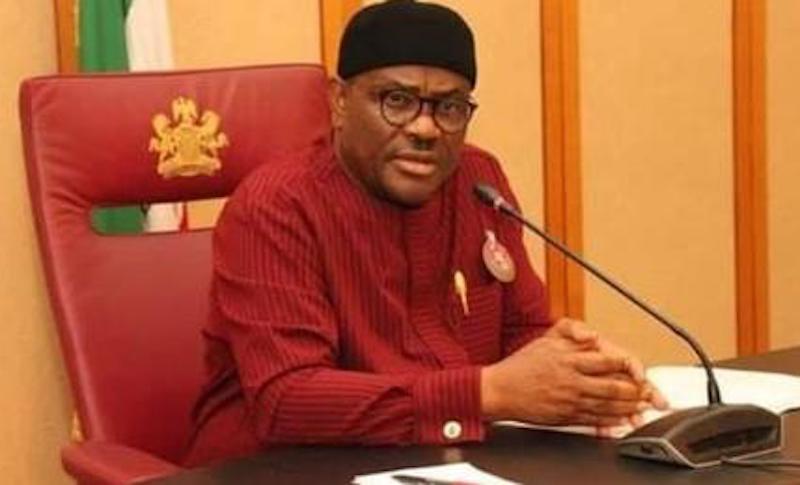 He made the appeal yesterday when he came to Umuahia with his team to seek the votes of Abia PDP delegates at Government House Umuahia where he rounded off his campaign to win the party’s ticket in forthcoming presidential primary.

Wike said that among all the presidential aspirants of PDP he remains the only person with the capacity, courage and integrity to wrest power from the ruling All Progressives Congress (APC) and steer Nigeria back to the path of progressive governance.

“If you give me the ticket, go home and sleep with your two eyes closed,” he said, adding, “I, Wike is the only one who can fight this battle”.

He said that Nigerians should not judge him by his physical appearance, coarse voice and his abrasive nature, but should see him as a man with strong character to take tough decisions in the interest of the country.

“Forget about my face, forget my voice, I am the only one who can win APC in this battle (2023 presidential poll), adding that in the forthcoming election the PDP would need “our first 11 to win this people(APC) who know how to use power”.

The Rivers governor reminded the PDP faithful that it was the promoters of the defunct “New PDP” splinter group that eventually confined the then ruling party to a situation where it is now struggling to reclaim power.

According to him, the New PDP leaders had dragged Nigeria into the fumbling hands of President Muhammadu Buhari and his party, APC by selling the dummy that Buhari was the messiah but are now regretting their selfish action when it was already late.

He alluded that Buhari was helped to mount the saddle of leadership in a democratic setting because “Nigeria doesn’t consider character and integrity in the choice of leaders.”

“Your character will tell us if you can fulfil your promises,” Wike stated.

He traced that the intractable insecurity situation rocking the country to the fact that the leader was bereft of strong will and character to take tough decisions without pandering to primordial sentiments.

“Our people cannot continue to die the way they are dying,” the presidential hopeful said, adding that with him in Aso Rock all he would need to do is to provide the military all the required to restore security across Nigeria. He further said that he would give them an agreed timeliness to win the battle against terrorists and sack the heads of security agencies if they failed to deliver.

Abia State Governor, Dr. Okezie Ikpeazu in his remarks, assured his Rivers counterpart of his support, saying that politics shouldn’t be used to drive a wedge between Ndigbo within the Southeast zone and their kinsmen in the South and other parts of Nigeria.

All the other speakers, including, Senator Theodore Orji, Abia PDP chairman, Asiforo Okere, Hon. Nnenna Ukeje, among others, spoke glowingly of the Rivers governor and his capacity to pull Nigeria out of the doldrums if given the mandate.