Ogun Workers are Right to Demand their Entitlements, Says PDP Chieftain 33 mins ago 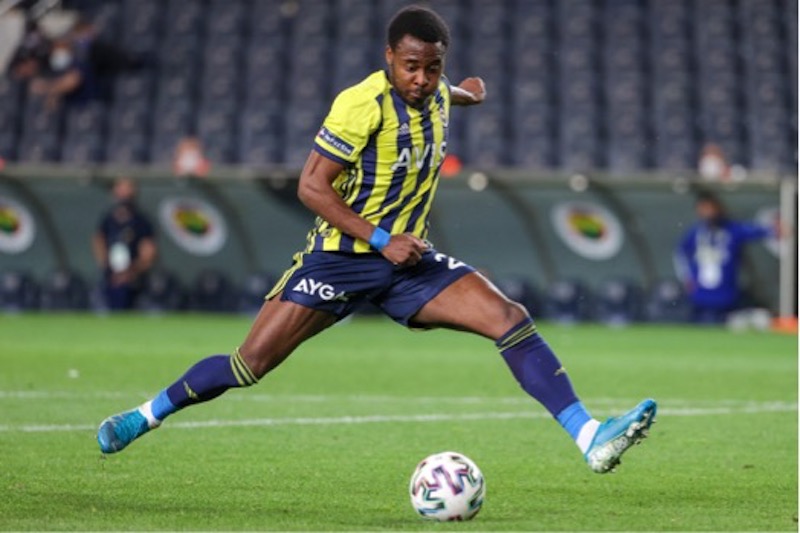 After a scintillating performance in the Turkish Super  League with Fenerbahce-a side Bright Osayi-Samuel joined from Queen Park Rangers last year, a return to England is on the horizon as three Premier League sides are scrambling for his signature

West Ham United are ready to battle it out with Southampton and Brentford in the race to sign Fenerbahce full-back Bright Osayi-Samuel.

A recent report from Football Insider has offered an update on the future of Bright Osayi-Samuel. The 24-year-old Fenerbahce full-back has become a sought-after prospect in the market following his exceptional performances in the Turkish Super League. West Ham are interested in securing his services, but they are facing stiff competition from other English clubs.

Brentford and Southampton are the other Premier League clubs keeping close tabs on Osayi-Samuel. The explosive Nigerian full-back does have a long-term contract at Fenerbahce, but it appears a return to England could be on the horizon after blazing performances in Turkey.

Osayi-Samuel began his youth career at Blackpool academy before he joined QPR in 2017. He was even a regular for QPR for quite some time, making 115 competitive appearances for the Championship outfit before joining Fenerbahce at the start of last year, in search of a bigger club.

His move to Turkey has turned out to be a major success, with the Nigerian becoming a revelation at Fenerbahce. Although Osayi-Samuel had initially started his career as an attacking wing-back, he has transformed himself into a traditional right-back and has been involved in nine goals in 61 competitive appearances.

Osayi-Samuel’s consistent performances in the Turkish Superlig have yet to help him earn a call-up to the Nigerian national team. But it might just earn the 24-year-old a move to the Premier League in the summer, with West Ham United among the clubs interested in securing his services.

While the Hammers have no less than three options at right-back, it appears David Moyes is not convinced with the performances of any one of the individuals, prompting the West Ham boss to enter the market for a fresh face, especially with Ryan Fredericks seeing his contract expire at the end of the season.

At the end of last season, Fenerbahce president Ali Koc was giving an impromptu press conference outside the club’s stadium, he said of the Nigerian: “Osayi-Samuel: zoom zoom zoom.”

There were a few raised eyebrows when Osayi-Samuel signed for the Turkish giants from QPR in January 2021. Promising young players from Europe’s second tier weren’t exactly their usual transfer MO, and the other big signing that month was more in keeping with the big splashes that Fenerbahce tend to make.

But Osayi-Samuel is a key man in a team enjoying a late-season revival after a tricky start. Football can be a strange place sometimes.

Those who remember Osayi-Samuel from his time in England might not be massively surprised he is thriving in Turkey. He was one of the most in-demand names in the Championship in the 2021 winter transfer window, having excelled on the wing for QPR after moving there from Blackpool.

The 24-year-old had plenty of options among the Championship’s more upwardly mobile clubs and in the Premier League. However, he chose Fenerbahce after being persuaded by the club’s then-sporting director, Emre Belozoglu.

“Emre explained why he wanted me,” Osayi-Samuel tells The Athletic. “He told me how big the club is and what a great platform it would be for me. It’s one of the biggest clubs in the world, a lot of people watch the games, and it’s a big platform for someone to come over here and showcase their skills.”

It’s interesting that Fenerbahce was actively sold to Osayi-Samuel as a stepping stone. This reflects the new reality of the big Turkish teams, whose financial mess — at one point in 2021, Fenerbahce, Galatasaray, Besiktas and Trabzonspor were collectively around €1.7 billion in debt — means they no longer have the money to sign big-name foreigners. Ozil was very much the exception, and will probably be the last such signing for a very long time.

Instead, the big clubs now aspire to be versions of Benfica or Lille or even Ajax: find undervalued young talent, give them a platform, sell them on for a profit. Osayi-Samuel is a perfect example.

And in his particular case, the plan is working. He has excelled this season, and the interest from big clubs in England hasn’t gone away. Premier League sides remain keen, and The Athletic understands that although the plan is for him to stay in Turkey this year, a move is certainly possible if the right offer arrives in the summer. If that doesn’t happen, it would be a surprise if he was still there at the end of next season.

His excellent form might not be a shock to anyone who watched him in England but it might be more of a surprise to learn he has turned himself into one of the Super Lig’s leading right-backs.

A winger by trade, Osayi-Samuel broadly played in his natural position last season, but when Vitor Pereira arrived last summer, the Portuguese manager switched formation to a rough 3-4-3 and needed a right wing-back.

“That’s not usually my position,” Osayi-Samuel says. “I’ve been an out-and-out winger. He wanted me to come back as a full-back when we didn’t have the ball. He started teaching me the basics of defending, and from there I started playing as a wing-back.”

“There are times when I’m dropping back and I can see the wingers have chances to score, and I’m like, ‘I want to be there’. But I still enjoy it. I’m still learning every day.

“There are obviously places where I have to think a bit more about what I’m doing. I still try to be the same — I try to be confident on the ball, and sometimes I do take risks. Sometimes I try things I’m not supposed to, and if it comes off then nobody complains but if it doesn’t… well, that’s the job of a footballer — it’s about taking risks.”

“I always think if you can play in different positions it shows how versatile you are. I don’t have any complaints playing full-back.”

As well as interest from other clubs, Osayi-Samuel’s form has not gone unnoticed in Nigeria. He was born in Okija and settled with his family in London when he was nine, but he still very much considers himself Nigerian. He’s yet to play for his county, but he has been contacted- given his form and Nigeria’s first failure to qualify for the World Cup since 2006, you would think that a call-up will happen soon.

For now, though, improvement is the goal. Improvement, and winning Fenerbahce’s first championship since 2014. That might not sound like a massive barren spell, but it’s their longest gap without a title since the Super Lig was formed in 1959.

“The biggest thing to achieve here is winning a title. The atmosphere and the fans have been great so far, but I know if we were to win a title it would be 10 times this. This club never forgets players who come here and work hard for the shirt, so to be part of that would be a great achievement.”