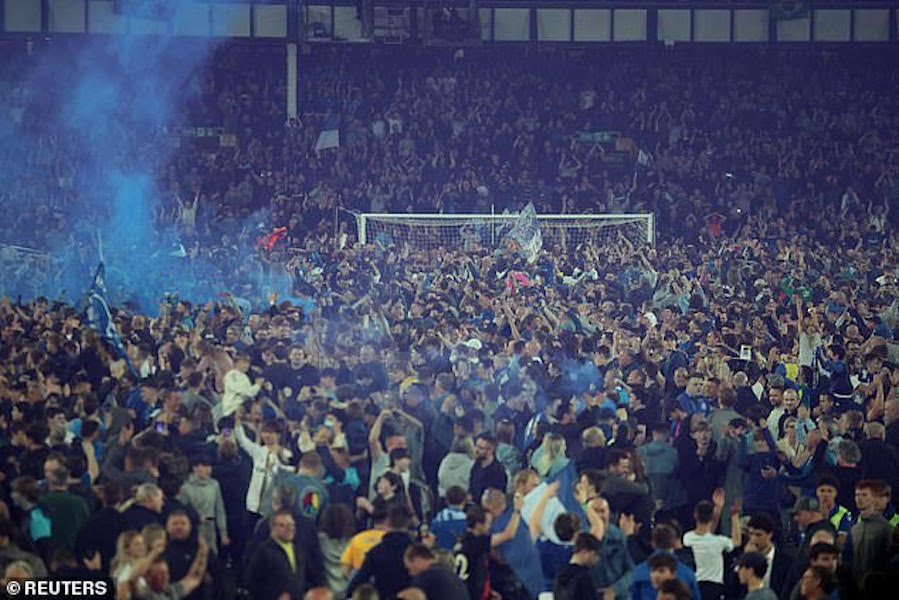 Everton secured their Premier League status with an incredible fightback where they came from two goals down to beat Crystal Palace 3-2.

The hosts, who will continue their 68-year stay in the top flight, looked like they were heading for defeat after Palace scored twice in the first half through Jean-Philippe Mateta and Jordan Ayew.

But conjuring up a fighter’s spirit once more and spurred on by they vociferous support, Everton turned the game around in the second half, thanks to a more attacking approach.

With his side two goals down, Nigerian international Alex Iwobi returned to his traditional role in the midfield rather than the right wingback he has played in a couple of their last games.

Nine minutes after the break Michael Keane smashed in to give Frank Lampard’s side hope, and when Richarlison found the bottom corner with a miscued shot with 15 minutes left, it sent Goodison Park into raptures as a precious point looked likely.

Yet the best was to come with five minutes left. Dominic Calvert-Lewin, who scored his first goal since August against Brentford last Sunday during an injury-hit season, sparked pandemonium with a diving header from Demarai Gray’s free-kick.

The excitement of Iwobi and his teammates boiled over as fans descended on the pitch to celebrate, with blue mist shrouding the stadium as smoke flares were let off.

The crucial result avoided the kind of final-day nerves that Everton fans had to experience in 1998 and 1994, where the team also preserved their Premier League status.