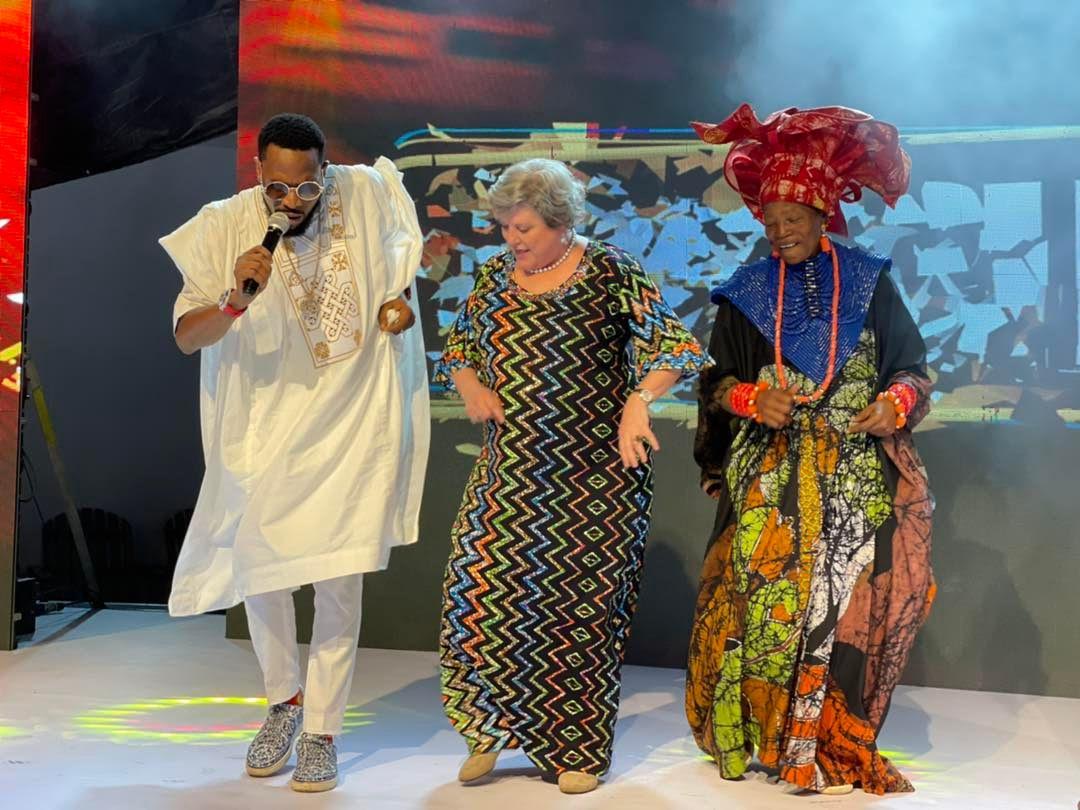 Music stakeholders and guests who were at the U.S Consul General’s residence recently for a reception in honour of the 15th annual Headies Music Awards scheduled for Atlanta in September were treated to a musical ecstasy by Nigeria’s music artists. D’banj, Goya Menor, Rema, and Teni, were among the performers of the night that highlighted the U.S government

Of the artists, D’banj stole the spotlight with his set. Performing numerous hits including ‘Emergency’, the music artist got the Ambassador to Nigeria Mary Beth Leonard and Nike Okundaye of Nike Art Gallery on stage dancing with him.

Applauding the growing cultural ties between both countries, Ambassador Leonard elaborated on the U.S.’s commitment in her speech at the occasion.

“This year’s Headies awards will highlight the growing U.S.-Nigeria ties and the vast potential of Nigerian musicians as cultural exporters to the African continent and beyond.

“The U.S. government has long recognized the role of music in diplomacy, with its emphasis on free expression, improvisation, and democratic and collaborative teamwork.

Executive Producer of the Headies Music Awards, Ayo Animashaun, noted that it’s the first year the Headies will be held outside of Nigeria.  He described Atlanta as home to many prominent hip-hop and R&B artists and their record labels.

“The Headies recognizes outstanding achievements in the Nigerian music industry. Our goal is to continue to support the development of talent and nurture innovation in the music industry,” Animashaun added.