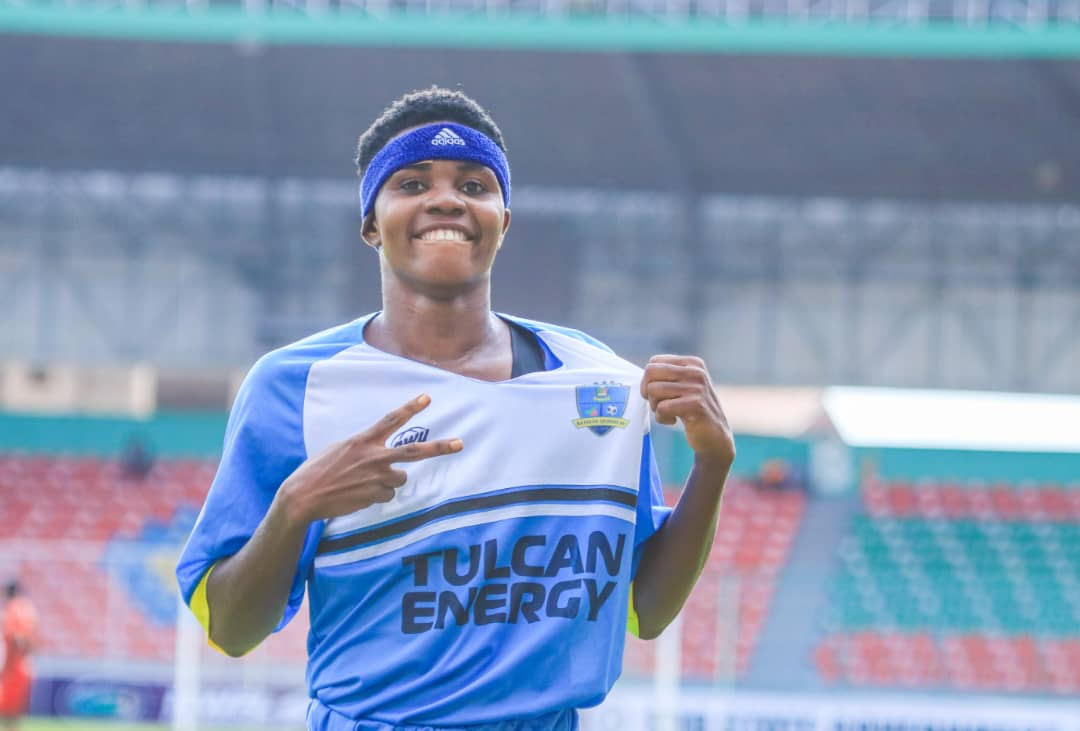 Gift who now have six goals from three games on Tuesday recorded the first hat trick of the tournament against Naija Ratels . She banged in Bayelsa’s lone goal against Rivers Angels in their opening game of the tournament.

A board member of the NWFL and General Co-ordinator of the NWFL Nationwide League, Mr. Joe Amene, describes the heroics of Gift against Edo Queens, at the Samuel Ogbemudia Stadium Lagos as refreshing difference and unexplainable that she is not in the Super Falcons squad for the Women Africa Cup of Nations in Morocco.

“Monday Gift is the only Nigeria Women Football League player who is in top form and merits the Falcons first team invitation.

“At the last edition  of Aisha Buhari Cup in Lagos, last year, Gift Monday was one of the two home players that scored the two goals recorded by Nigeria,” recalled Amene.

After the Super Six, Gift went on loan to Rivers Angels of Port Harcourt to assist  the team in their CAF Women Champions League campaign. Soon after this, Gift returned to her parent club, FC Robo of Lagos and played at the Betsy Obaseki Women’s Football Challenge, in Benin City, where she scored nine  of the total 12 goals scored by her team.

Surprisingly, she was left out of the Coach Randy Waldrum’s 32-man list of players for two-week training camp ahead of the WAFCON.

In other games of the Match-day 3 of the ongoing NWFL Super  at the University of Benin sports complex Ugbowo, Nasarawa  Amazons  defeated Delta Queens  by a lone goal. Amazons now have maximum six points from two matches. Rivers Angels defeated Naija Ratels 2-0.