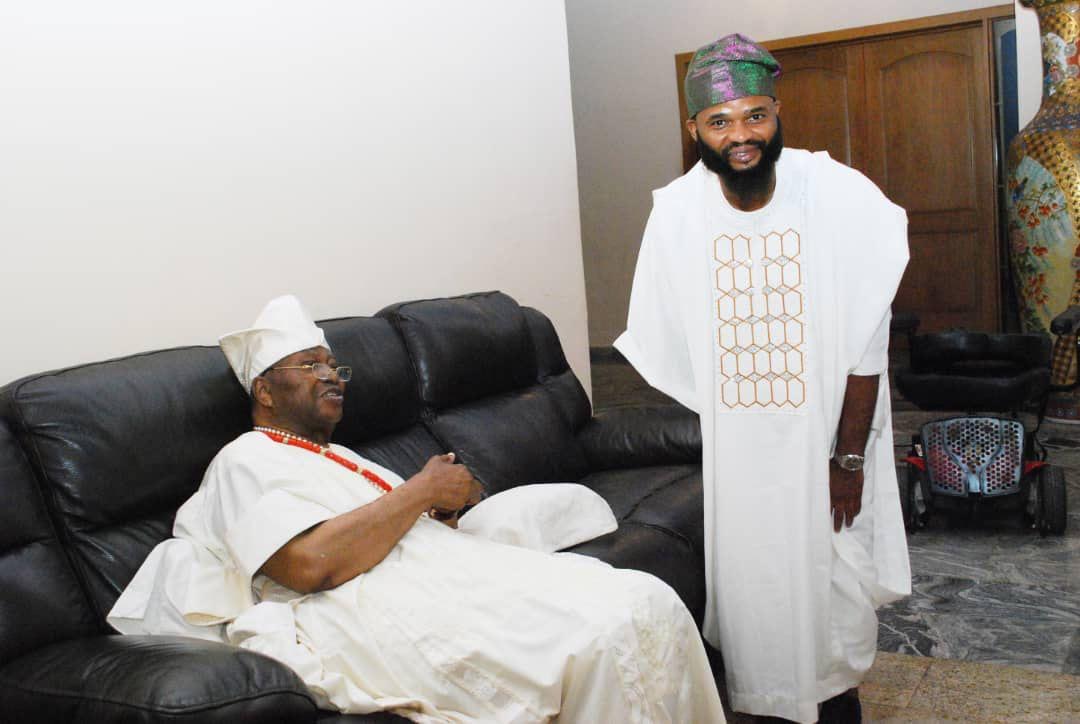 Kadiri Oyewole Sholola is the CEO of Unorthodox Group of Companies. A graduate of Chemical and Environmental Engineering from Nottingham University, the suave entrepreneur and business administrator, established his company, Unorthodox’s Clothing Ltd in 2013 in the United Kingdom and in 2015, ventured into local businesses like hair saloon and money exchange store, also in the UK. In 2017, the innovative engineer started Unorthodox Agriculture which specialises in export of charcoal and in 2018, as a young entrepreneur, he also established Ortho Eng. Ltd which focuses on procurement and management of heavy machinery- essential equipments in big infrastructure projects. Chiamaka Ozulumba reports that having received the Awulaje and paramount ruler of Ijebu land, Oba Kayode Sikiru Adetona’s blessings, the young entrepreneur, who recently threw his hat into the ring to represent Ikenne Constituency in Ogun State House of Assembly, has vowed to advance the socio-economic development of the state

For Kadiri Oyewole Sholola, one goal remains sacrosanct; advancing the socio-economic development of Ogun State. To achieve this, the young entrepreneur recently declared his interest for the Ogun State House of Assembly (OGHA) to represent Ikenne State Constituency come 2023.
Sholola, a graduate of Chemical and Environmental Engineering from Nottingham University and CEO of Unorthodox Group of companies recently declared his intention at Ward 9, Ilishan Remo in Ikenne Local Government Area.
According to him, the decision to run was informed by the urge to join hands with Governor Dapo Abiodun in advancing the socio-economic development of the state.
Stressing that he has the capacity and capability to give the people of Ikenne Local Government quality representation that would go a long way to make huge difference in their wellbeing, he said “this ambition is not for selfish agenda neither is it for pecuniary gains but rather an intervention that is being driven by my love for the people. I know what to do when I get to the house to assist in innovation, fighting poverty and joblessness.
“I know what to do to facilitate other development to our constituency, support our women and  the youth too. It’s certainly going to be a very, very accountable representation in a way that you have never seen before.
“I want to assure you that all of you my fathers, mothers, sisters, brothers and every resident of our great local government will be proud of my achievements”.
Sholola, who has since obtained and submitted his expression of interest form, recently  received the blessings of the Awujale and the Paramount ruler of Ijebu land, Oba Kayode Sikiru Adetona on his House of Assembly ambition.
Oba Kayode Sikiru Adetona was said to have prayed for the success of Sholola’s ambition when he was at the palace of the highly revered royal father recently.
Born over three decades ago in London, United Kingdom to the reputable Sholola family in Remo land, Sholola is from both Ilishan and Iperu in Ikenne Local Government Area of Ogun State.
When he came back to Nigeria from UK, he had his primary education at Princeton Junior School, Surulere, Lagos.  His secondary school education was at Model college Badore as well as Focus College and Global Int College before going back to United Kingdom to continue his studies at University of Nottingham where he obtained BEng (honours) in Chemical and Environmental Engineering.
Due to his wide administrative knowledge, Kadiri Oyewole has worked in various private sectors/ industries ranging from retails industry to construction firm.
As a suave entrepreneur and business administrator, he established his company, Unorthodox’s Clothing Ltd in 2013 in the United Kingdom. He equally in 2015 ventured into local businesses like hair saloon and money exchange store in the United Kingdom.
In 2017, the innovative Engineer started Unorthodox Agriculture which specialises in export of charcoal and in he, took a giant step as a young entrepreneur, establishing Ortho Eng. Ltd with focus on procurement and management of heavy machinery which are essential equipments in big infrastructure projects.
He is a contractor and has been involved in state projects ranging from cargo airport to the Ilishan -Ago road. Aside his passion for business and creating wealth for others, Sholola is also a strong believer in advancing cause of humanity and therefore takes pleasure in participating in various philanthropic acts.
As a faithful, committed and dedicated member of All Progressives Congress (APC), Sholola had in the recent past served as agent, national observer among others during the party’s congresses at local, state and federal level.
For those in the know, Sholola is ready to use his academic and widely garnered entrepreneurial experience to make big impact on the life of good people of Ogun State through effective governance, policies and law making in Ogun State Legislative chamber.

They harped on his desire to bring about positive change through effective representation, which remains the major force behind his 2023 OGHA campaign.
According to them, the Ikenne constituency, being home to the late Sage, Chief Obafemi Awolowo deserves only the best, which they opined Sholola is sufficiently trained and empowered to offer that qualitative representation the people had been yearning for.
During a recent engagement with some of the APC leaders and members in Ikenne Local Government, he also reiterated that pledge.
Justifying why he should be the one to get the ticket of the House of Assembly of the local government, the Ilishan/Iperu Remo born politician revealed that his representation and activities would be such that are driven by the people’s needs and add greater values to the call for good governance in the country.
He said “parts of my agenda is to regularly engage with the people of my constituency to know what their yearnings are and therefore place such before the appropriate quarters, in other words, I will regularly have my people’s input into whatever we are doing to make lives better for all. It’s going to be bottom to top approach.
“I will also strongly work for the empowerment of our youths and women. The youth takes about 60 per cent of the population, they are very key to having a more prosperous Ogun State and the country as a whole.
” We cannot also quantify the role of our women in politics and building a nation that we can all be proud of, so they will equally occupy a prominent position in all that we shall be doing.
“All I am saying is that this ambition is bringing on the table effective representation that is centred on making life much more rewarding for the people. I will also cooperate with our hardworking governor, Prince Dapo Abiodun for further development of our constituency and the entire state”.

Quote“Aside his passion for business and creating wealth for others, Sholola is also a strong believer in advancing cause of humanity and therefore takes pleasure in participating in various philanthropic acts…