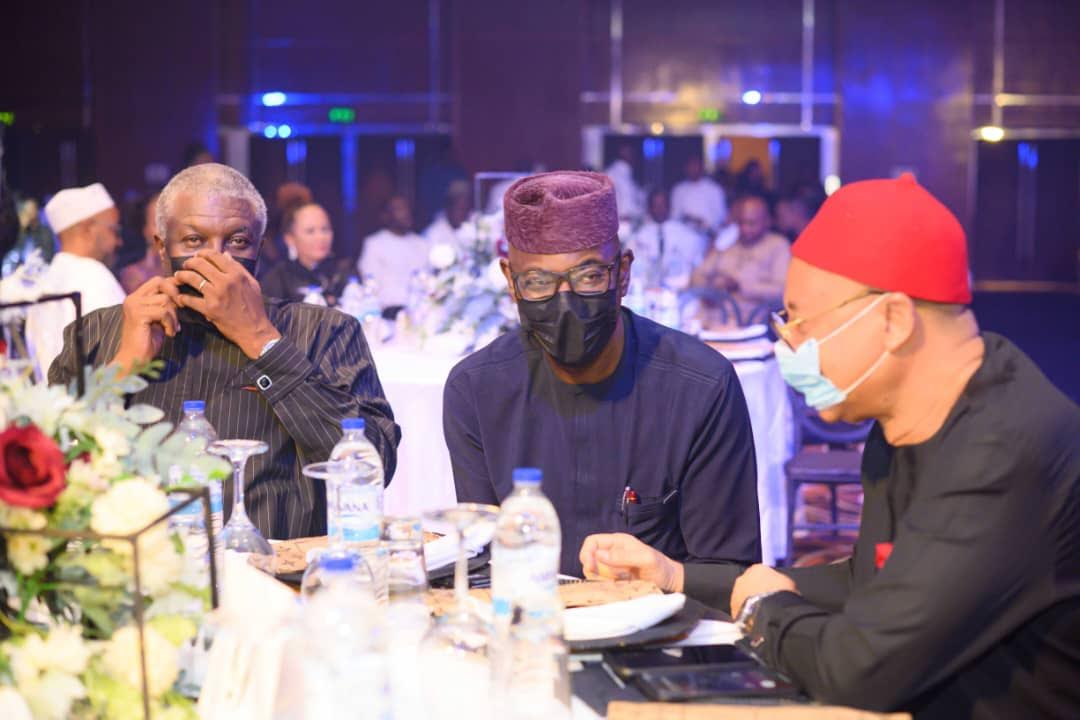 Launched in 2012, Connak Foundation has for a decade provided socio-economic opportunities to indigent families situated in rural communities in Abia State. To commemorate its 10th anniversary, Vanessa Obioha reports that the foundation is set to launch operation in Lagos

The non-governmental organisation (NGO) that kicked off its operations in Abia State in 2012, has served as an essential channel that provides socio-economic opportunities to indigent families situated in rural communities in the state through leveraging various sustainable development goals (SDGs)  programmes.

The well-attended event was marked by classical music from the live band and Deejay, with comedy from the revered Okey Bakassi while 2Baba wrapped up the night with a medley of songs.

Founded by Ken Nnamdi Ukeagu, a visionary who was driven by the impact philanthropism plays in effecting positive changes in the lives of people and communities who otherwise couldn’t have access to much-needed resources to pull them out of poverty, creating enabling environment that attracts investment, and most importantly, educating youths to reach their career aspirations.

Before the incorporation of the Connak Foundation, Ukeagu had long immersed himself in the act of empowering the low-income families scattered across various communities. But over time, he reckoned the need for an expansion through a foundation.

At its core, the Connak Foundation adopts the vision of the founder by emphasising youth empowerment through various programmes such as Educational Development, ICT Training, and Entrepreneurship Development. On the other hand, empowerment programmes such as Quality Healthcare Services and Community and Infrastructure Development focus on the well-being and progress of all members of the community.

A decade after, the foundation continued to grow from strength to strength, and this can be seen in its recent announcement to expand its services to Lagos State that plays home to over 15 million people. Its decision to expand to Lagos is also timely at a time when the unemployment rate has risen to 35 per cent (up from 33 per cent in 2020). Ukeagu hopes that the impact and success the foundation achieved in Abia will be replicated in Lagos.

The launch served as an opportunity for stakeholders from the corporate world and government agencies to fully understand the foundation’s visions and long-term goals. It achieved this through a video presentation that condensed its 10-year journey of improving the lives and livelihood of Nigerians in the southeastern region.

Having achieved a lot of milestones in the past decade, understandably, this renewed focus to scale its projects was expected. Currently, it has plans to reach out to up to 3,000 (up from 435) youths through its entrepreneurship program that has earmarked about $5,000 to empower 100 businesses.

So far, the foundation has made it its full-time responsibility to cater to the educational advancements of 179 students. The foundation accepted their application to support them from secondary to tertiary levels. At the ceremony, it also explained that it has plans to upscale figures of its scholarship beneficiaries to reflect its expanding reach.

“Aside from providing tuition, we make sure to provide every basic need of the beneficiaries. From textbooks to uniforms, and even providing them with school buses to convey them every day. Why do we do this? It is not enough for us to just pay the school fees if we do not put provisions in place to guarantee they stay in school, provisions that will reduce the distraction of challenges that they experience, otherwise, we may not be able to impart them with quality education,” she said.

During its 2019 Founder’s Day commemoration, the foundation reported that its healthcare outreach programme impacted over 5,000 individuals, and this included carrying out over 200 surgeries within one week.

With the role technology plays in startup businesses, the foundation reiterated its commitment to assisting youths to acquire the relevant tech skills required to run a sustainable business through its nine-month programme. It has trained and empowered over 550 youths under the program so far.