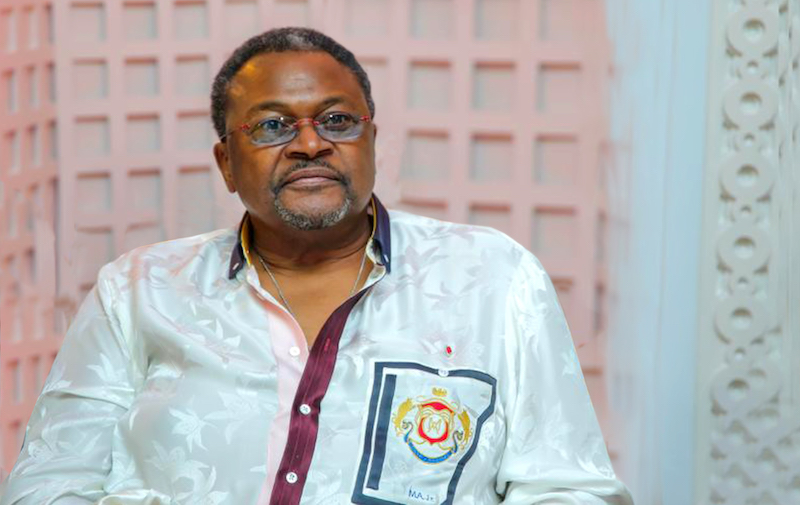 It is an honour well-deserved, writes Chidiebere Nwobodo

Whenever the name “Mike Adenuga” is mentioned it rings bell. It reverberates across the length and breadth of the country. In Igbo mythology, Oja flute is used to call the brave and hail the nobles and great achievers. Whenever Oja flute sounds, it symbolizes two things: either greatness or bravery is being honored.

The recent conferment of National Productivity Order of Merit Award (Employer Category) on Dr. Mike Adenuga, Jr., by President Muhammadu Buhari, brings to mind what melodic sounds of Oja flute signifies. It portrays the addition of another feather of honor, in the already crowded cap of glories—representing landmark strides in the various spheres of life, spanning decades of commitment and exploits.

It is an honor well-deserved. Dr. Mike Adenuga, Jr., is truly not only an employer of labour but a maker of employers of labour. As entrepreneurial colossus and consummate investor, he has created hundreds of thousands of job opportunities, if not millions, for Nigerians in particular and Africans in general. From strategic sectors like oil to gas to telecoms to banking, construction, real estate, his footprints as an employer has been engraved in gold and legacies written on sands of time.

From his bakery of a conglomerate, Mike Adenuga Group (MAG), millionaires and billionaires have been baked, prepared and given platforms to rule their world. When Globacom introduced the slogan “Rule your World”, it was not just an initiative to get more subscribers into the net of Glo’s network, but a reflection of the thinking of its ebullient chairman, Dr. Mike Adenuga. The Bull, as he is fondly called, is not only an employer of labour but creator of wealth who believes in shared prosperity.

I reverence him as an apostle of philanthropy and oracle of wealth creation. Dr. Adenuga does not give people fish alone—he teaches them the skills of fishing—gives them nets, hooks and boats. Most importantly, using his reservoir of experience and limitless network of contacts, direct them to ocean of fishes and mentors them till they’re strong enough to run on their own steam.

In a nation unfortunately rated as world poverty capital, with high concentration of unemployed youths and underemployed workforce, business icon and investment guru with proven records on job creation like Mike Adenuga, Jr., should be regarded as a national asset, jealously guided like a priceless gem. In developed world, renowned job creators like him are made honorary advisors to governments on job creation and entrepreneurship.

It is not just enough to recognize and honour Nigeria’s second richest man as an employer of labour by the government, rather, policymakers should tap into his wealth of knowledge and wisdom in job creation to solve the protracted challenge of unemployment in Nigeria. Insecurity cannot be tackled when vast majority of our youths are hopelessly unemployed, without knowing where the next meal will come from. When youths are not productively engaged, it diminishes their potential and deflates their self-esteem. It makes them willing tools in the hands of unscrupulous elements.

In telecom industry, Dr. Adenuga, Jr., did not only create tens of thousands of jobs but revolutionized the sector. With Globacom Limited—Nigeria’s biggest and first indigenous mobile operator, he brought healthy competition into the industry, which brought down the cost of owning and maintaining mobile telephony services. Broadband connectivity was also enhanced and decentralized. Today, I don’t need to visit a cybercafe to check or send emails. His entrance in the telecom sector became a game changer that opened up other frontiers of opportunities for Nigerians.

Many Nigerians, especially the youths own and run their own online businesses from the comfort of their homes, using mobile phones and internet connectivity. Mobile banking has become the trend. Most of the conferences now are virtual. Even interviews. A lot of Nigerians, especially young people have access to social media today because mobile lines and internet connectivity are affordable.

Nigerians in far-flung villages can reach out to the rest of the world like their counterparts in the cities. The huge investment of Mike Adenuga in telecom industry, has not only created jobs but has empowered a lot of entrepreneurs to create wealth for themselves and the nation. Beyond telecom sector, he has created massive jobs in the banking and construction industries, respectively, by being one of the major shareholders in First Bank PLC and Julius Berger Nigeria.

The same feat he achieved in oil and gas industry via Conoil Limited. Dr. Adenuga’s positive impact in the petroleum sector—upstream and downstream, especially as it effects job creation vis-a-vis its reputation as famous indigenous player when the sector was dominated by multinationals, sets him apart as a corporate titan. Every major highways and streets in Nigeria have the imprints of his acumen as an employer of labour via Conoil filling stations, Globacom infrastructure, etc.

The National Productivity Order of Merit Award bestowed on him came at the right time to restore that sense of productivity in our national consciousness. Chief Mike Adenuga, Jr., is an epitome of productivity whose spirit of excellence has set him up as a symbol of entrepreneurship in Africa, and which inspired his admirers to nickname him “Spirit of Africa”.

There is a downward spiral of moral decadence in our society today, because a lot of youths want to become wealthy without going through the rocky terrain of productivity and ingenuity. The get-rich-quick syndrome is on the rise as a result of ideological perversion and moral bankruptcy that have bitten some of our youths like a bug.

Mahatma Gandhi described these anomalies as “Seven Deadly Sins”: “Wealth without work, Pleasure without conscience, Science without humanity, Knowledge without character, Politics without principle, Commerce without morality, Worship without sacrifice.”

Chidiebere writes from Abuja via chidieberenwobodo@yahoo.com