Insecurity: Uzodimma Harps on Synergy among Security Agencies 40 mins ago

PAP Woos Nigerians in Diaspora to Invest in Niger Delta 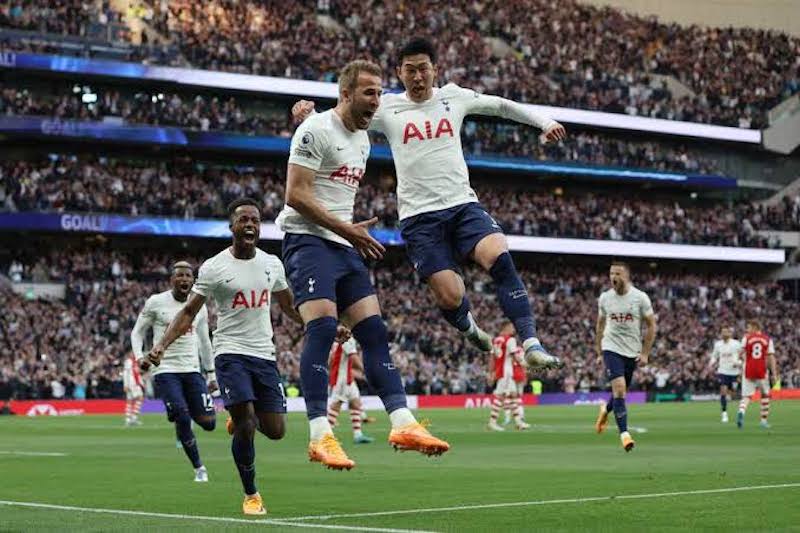 Tottenham turned up with pressure on arch-rivals Arsenal in the race for a place in next season’s Champions League with an emphatic 3-0 north London derby victory last night.

The victory move Spurs to 65 points, just one behind Arsenal in fifth place.

Arsenal could have confirmed a place in the Premier League’s top four with a win at Tottenham Hotspur Stadium but endured a dismal night to now stand only one point clear of Spurs with two games left.

In a feverish atmosphere, Harry Kane gave Spurs the lead from the spot in the 22nd minute after Son Heung-min was fouled by Cedric Soares, then added a second before the break with a stooping far-post header after Rodrigo Bentancur flicked on a corner.

In between, Arsenal had been reduced to 10 men when Rob Holding was shown a second yellow card for a foul on Son, while the South Korean finished off any hopes the Gunners had when he fired in from 10 yards two minutes after half-time.

Such was the manner of this Spurs win – added to the momentum they are gathering under manager Antonio Conte – they must have increasing belief they can yet snatch a top-four place away from Arsenal.

Conte’s team look so impressive, organised and solid in defence with the deadly pair of Kane and Son a permanent menace in attack.

Spurs have two eminently winnable fixtures remaining at home to struggling Burnley and at relegated Norwich City while Arsenal must travel to Newcastle United – no easy task these days – before a final home fixture against Everton, who may yet be fighting for survival.

Conte has brought the best out of this Spurs side by implementing his trademark fierce tactical discipline while still getting the most from those two outstanding forwards, who have been augmented by impressive January signing Dejan Kulusevski.

As Spurs flourished and Arsenal wilted, it made for a celebratory atmosphere among a record crowd of 62,027 inside the Tottenham Hotspur Stadium.

Spurs are still the hunters but they have a real chance of making the top four to round off some fine work by Conte, who took over an out-of-sorts side in eighth place when he succeeded sacked Nuno Espirito Santo in November.